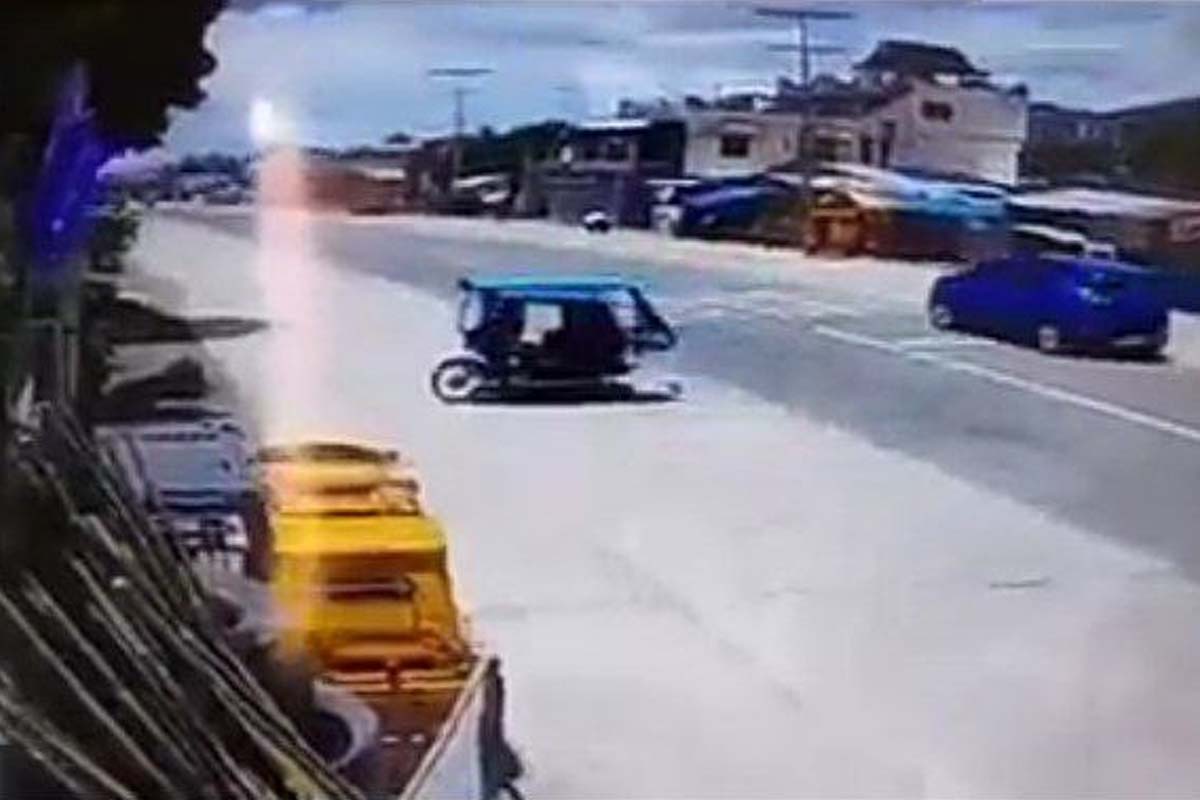 
The Philippines has its fair share of weird road incidents caught on camera.

The latest one was the tricycle in Catanduanes that parked properly on the other side of the road— without a driver.

The eerie incident was caught on cam at Barangay San Vicente in Virac, Catanduanes last March 27.

In the now-viral video, the vehicle was seen traversing a busy road in the town until it parked itself beside the highway, alongside other parked vehicles.

If netizens were shocked upon watching the video, imagine what the driver feels about it.

According to barangay officials, the driver parked for lunch in the afternoon. He remains clueless on how the tricycle worked on its own.

The tricycle was not damaged, according to the driver  who maintained that it was impossible for the vehicle to be blown away by the wind so it moved and crossed the road.