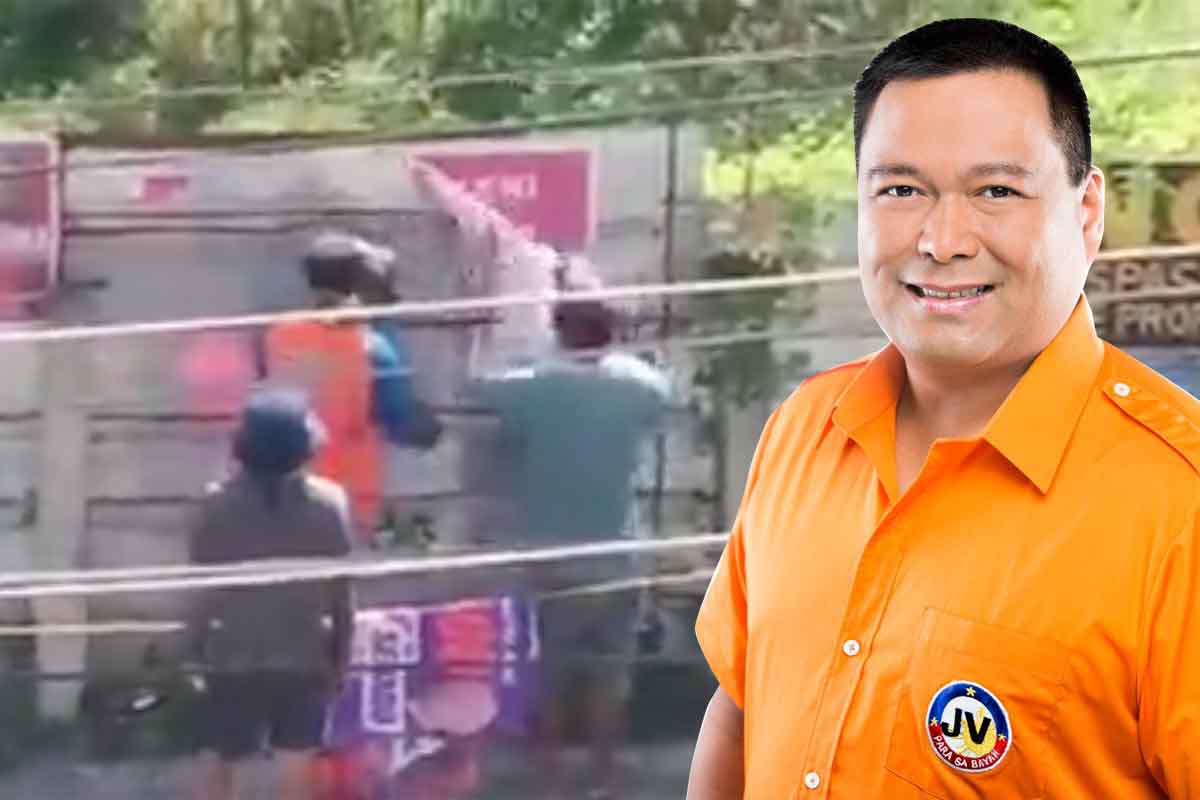 JV Ejercito condemns removal of Leni-Kiko poster in exchange of his own. | SAGISAG PH


Senatorial aspirant JV Ejercito condemns the removal of another candidates’ poster to be replaced with his own campaign materials.

Ejercito was reacting to the now-viral video of individuals removing and throwing away a poster of presidential aspirant Vice President Leni Robredo and her running mate vice presidential candidate Sen. Kiko Pangilinan and putting up a poster of the former senator.

You can watch the video here:

On Twitter, Ejecito said his campaign team “disowns this as the posters used were not our official posters.”

“This is not in our character,” he added.

I condemn the act of removing another candidates poster particlarly Leni-Kiko to be replaced with “my own” poster.

This is not in our character.

In a separate tweet, Ejercito stressed that he will not benefit from the removal of Leni-Kiko posters as he is not their opponent. He is running under the senatorial tickets of presidential candidate Sen. Panfilo Lacson and Sen. Manny Pacquiao.