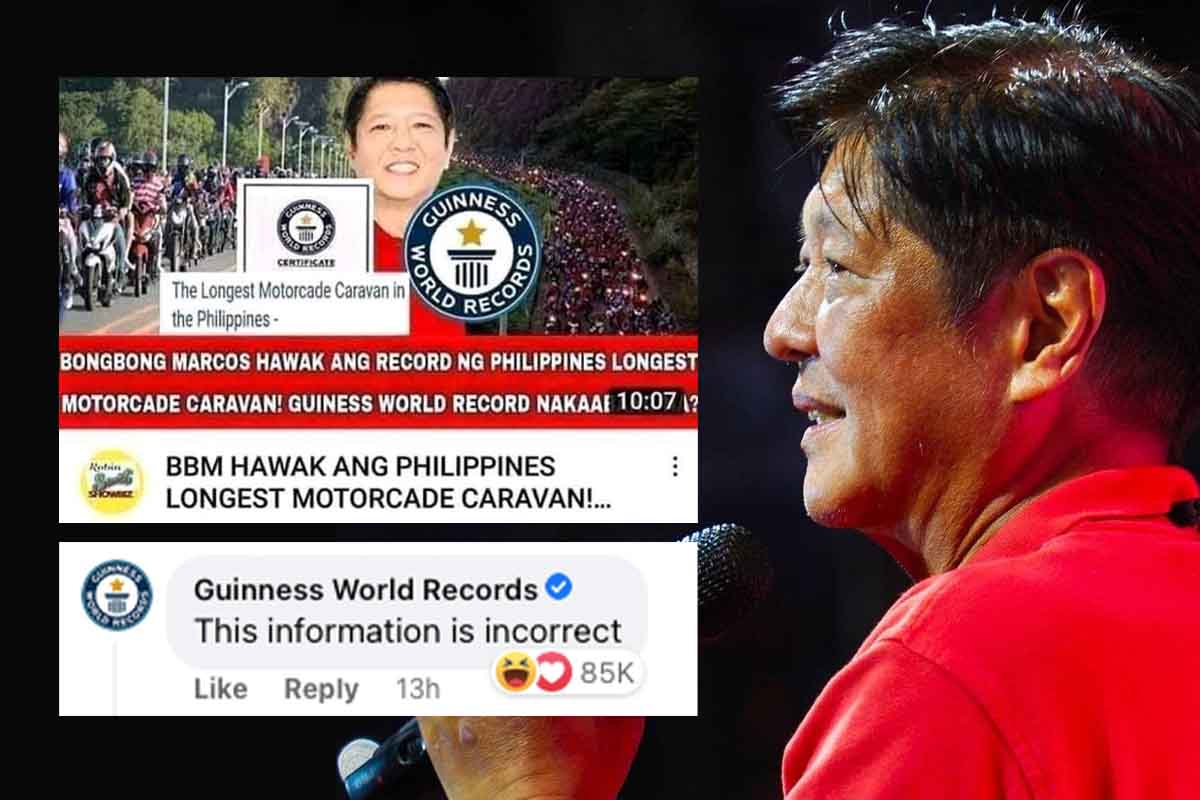 
The Guinness World Record is “not here to waste anyone's time.”

Guinness on Wednesday, March 30 debunked a claim by a pro-BBM Facebook page that presidential aspirant Ferdinand “Bongbong” Marcos Jr. holds the record for the longest motorcade caravan in the Philippines.

The photos on the post show the unity ride held by Marcos supporters in Ilocos Norte last year. The post features a Guinness logo.

In the comments, netizens easily noticed Guinness’ comment which said: “This information is incorrect.”

The Guinness World Records lists world records both of human achievements and the extremes of the natural world.

This is not the first time the Marcos name and Guinness appear in the same headline.

Just recently, Guinness took down from its site the entry that named former President Ferdinand Marcos Sr., father of BBM, as the record holder of the "greatest robbery of a government.”

Guinness said the record, which was first entered into its printed edition in 1986, is being reexamined to make sure that the entry is accurate.