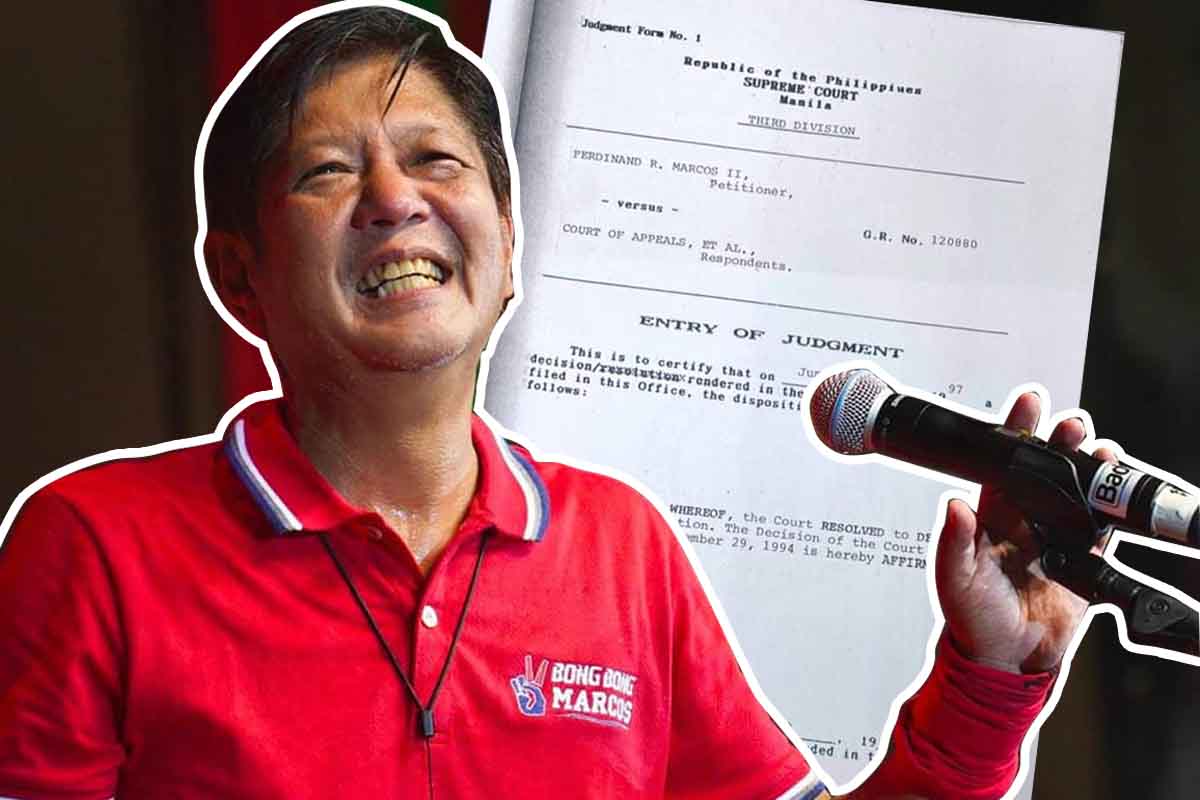 Contrary to the statement of the camp of presidential aspirant Ferdinand “Bongbong” Marcos Jr. that the case was still being litigated, a Supreme Court document which surfaced on Wednesday, March 30, 2022 states that the ruling on the estate tax liability of the Marcos family is already "final and executory.”

This means that the Marcos' bid to challenge the Bureau of Internal Revenue (BIR) assessment of P23 billion in estate taxes has been denied. Due to penalties and interests, the amount has ballooned to P203 billion.

In a statement on Wednesday, Finance Secretary Carlos Dominguez said the BIR is collecting and demanded payment from the Marcos Estate Administrators, but they have not paid.

“BIR will continue to consolidate the titles in favor of the government on those properties which have been levied upon," he maintained.

“The procedure may take time as it involves selling at public auction to convert to cash. Bottomline Marcos does not take any steps to settle and pay because of pending litigation," he added.

Marcos Jr. is among the 10 candidates running for president in the May 2022 elections.