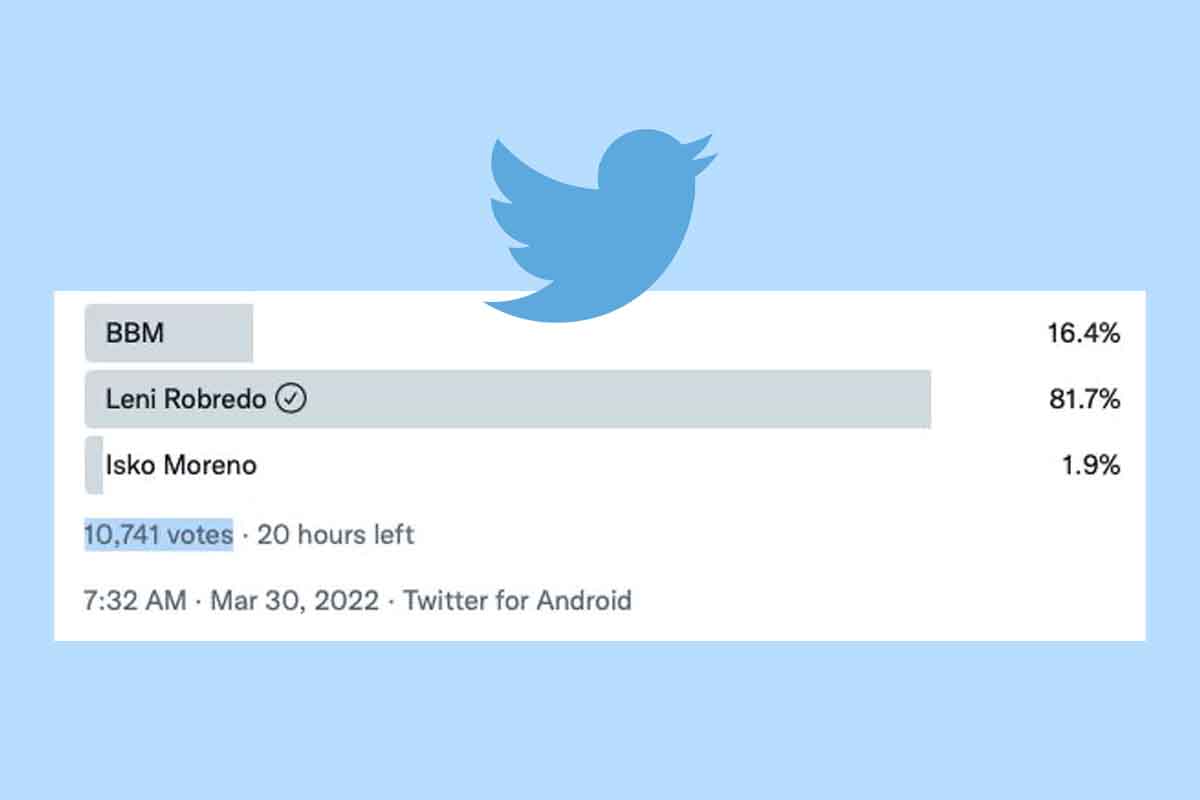 
With only more than a month left before the May 9, 2022 elections, social media surveys are becoming more rampant.

While these surveys aren’t as reliable as the ones conducted by survey companies, it’s good to have a glimpse on where netizens currently side.

On Twitter, user Seodelp conducted an unofficial survey with only three presidential aspirants as choices.

He asked: “If you are to vote TODAY out of the Top 3 Presidentiables, who would it be?”

As of writing, presidential aspirant Vice President Leni Robredo is leading the survey with 81.7 percent of the votes, followed by former senator Ferdinand “Bongbong” Marcos Jr. with 16.4 percent. The other candidate on the list, Manila City Mayor Francisco “Isko Moreno” Domagoso, garnered 1.9 percent of the votes.

Here are some tweets from netizens, regarding this survey. 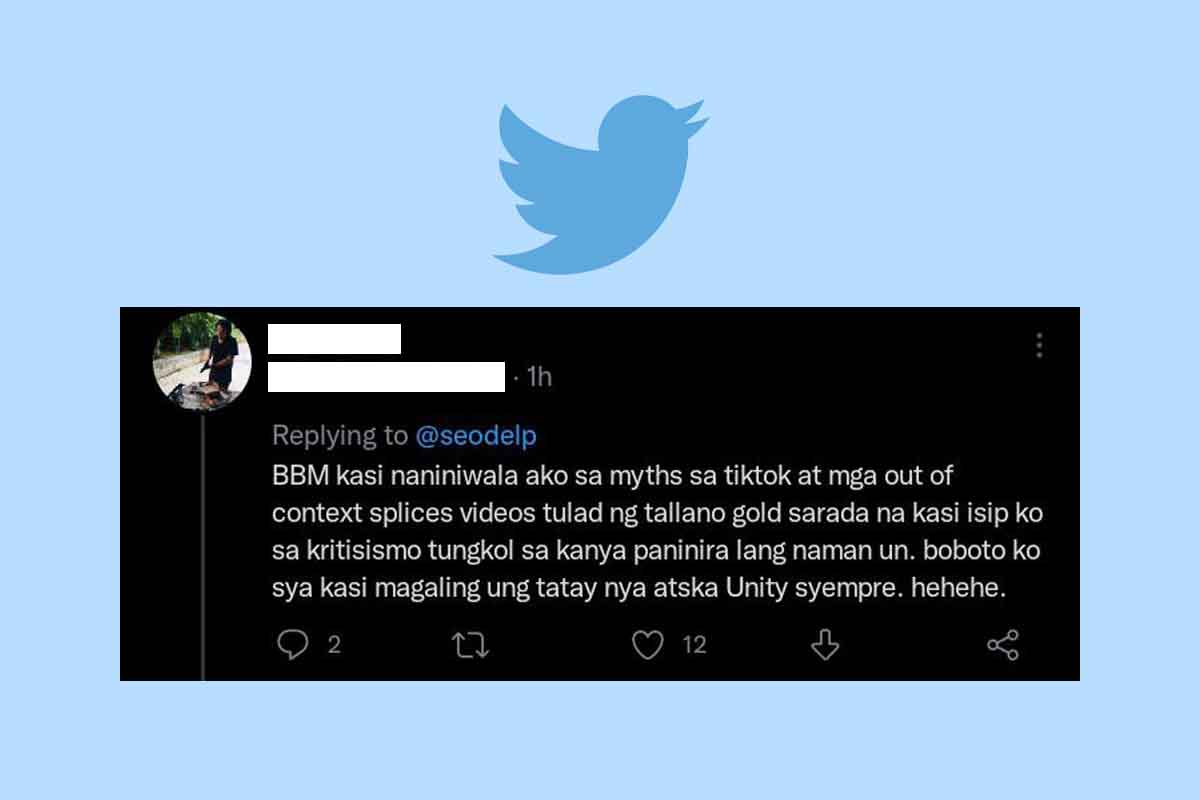 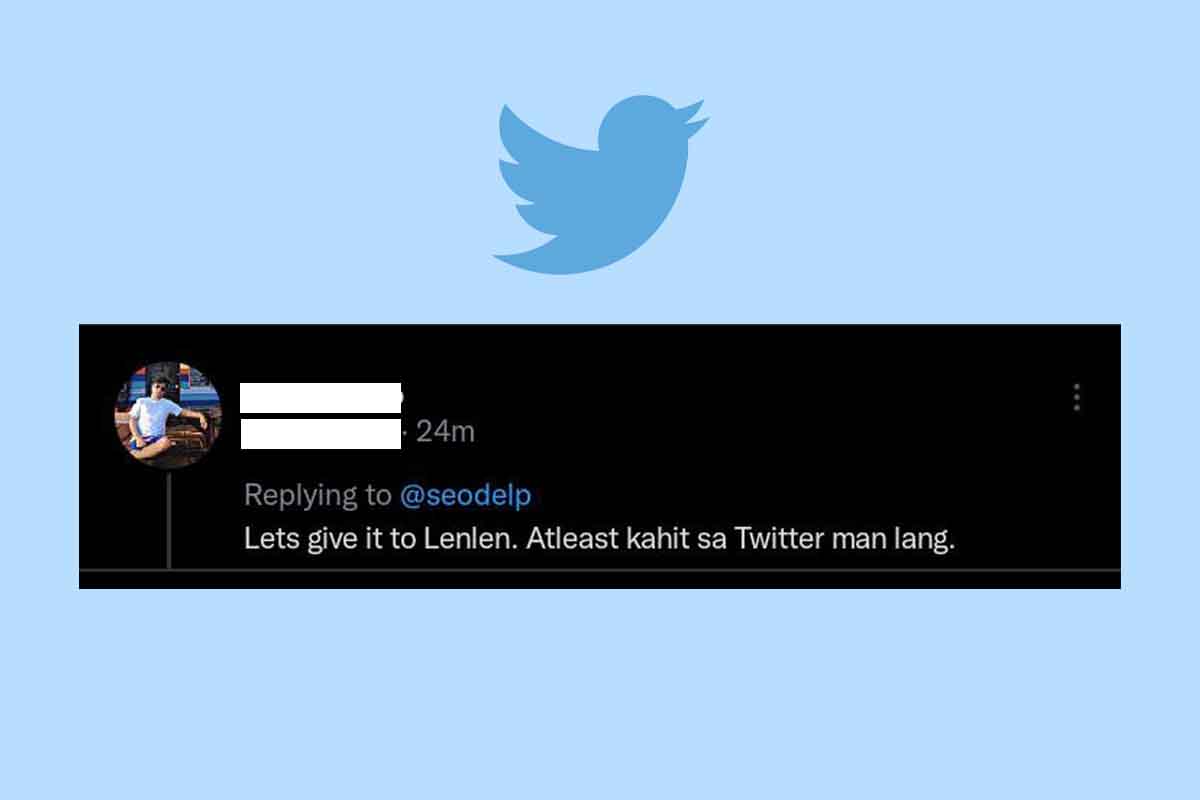 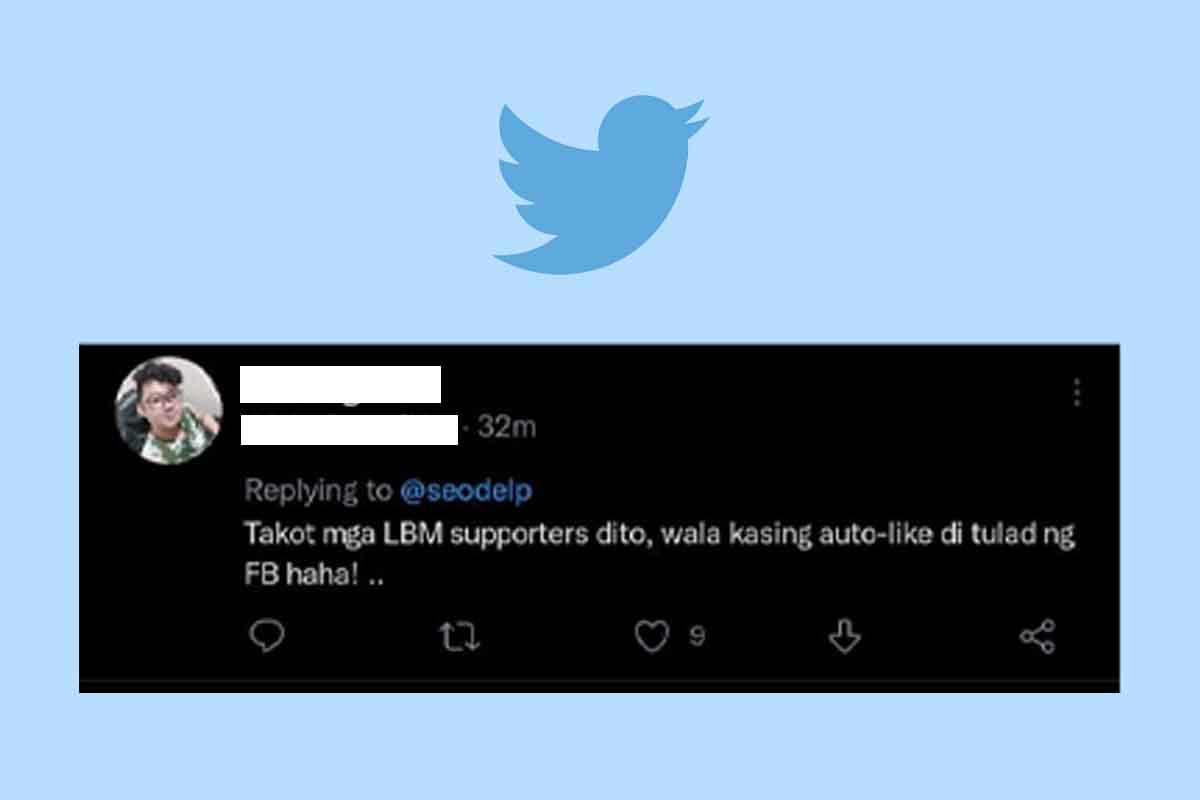