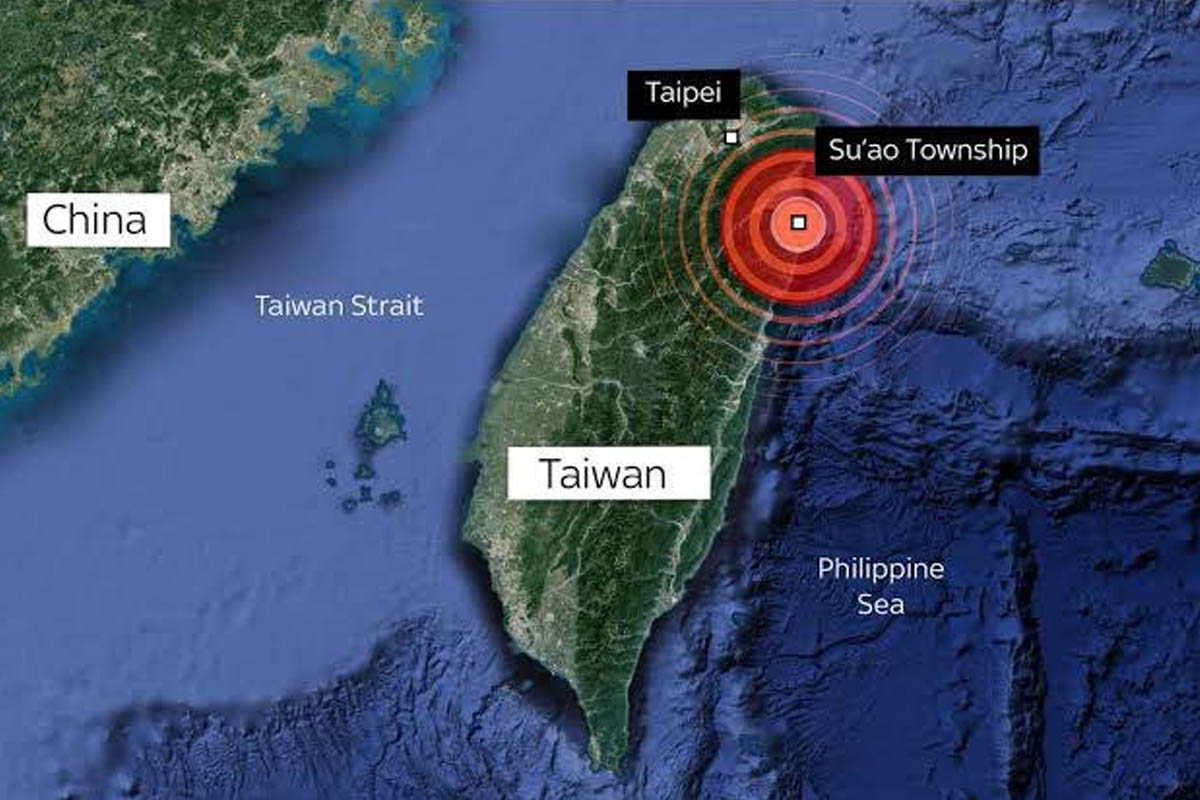 
A magnitude 6.7 earthquake rocked Taiwan at 1:41 AM on Tuesday, March 22. Its epicenter was near Hualian, Taiwan.

No one was reportedly killed in the quake. Hualian and Taitung are both mountains with few residents.

Taiwan is located near the junction of two tectonic plates and causes frequent earthquakes. The degree to which a quake is felt at a specific location is measured using a one-to-seven intensity scale in Taiwan.

Just last week, March 19, a magnitude 5.1 also hit central Taiwan, 11:23 PM according to the Central Weather Bureau (CWB). No one was hurt or damaged by the said earthquake.