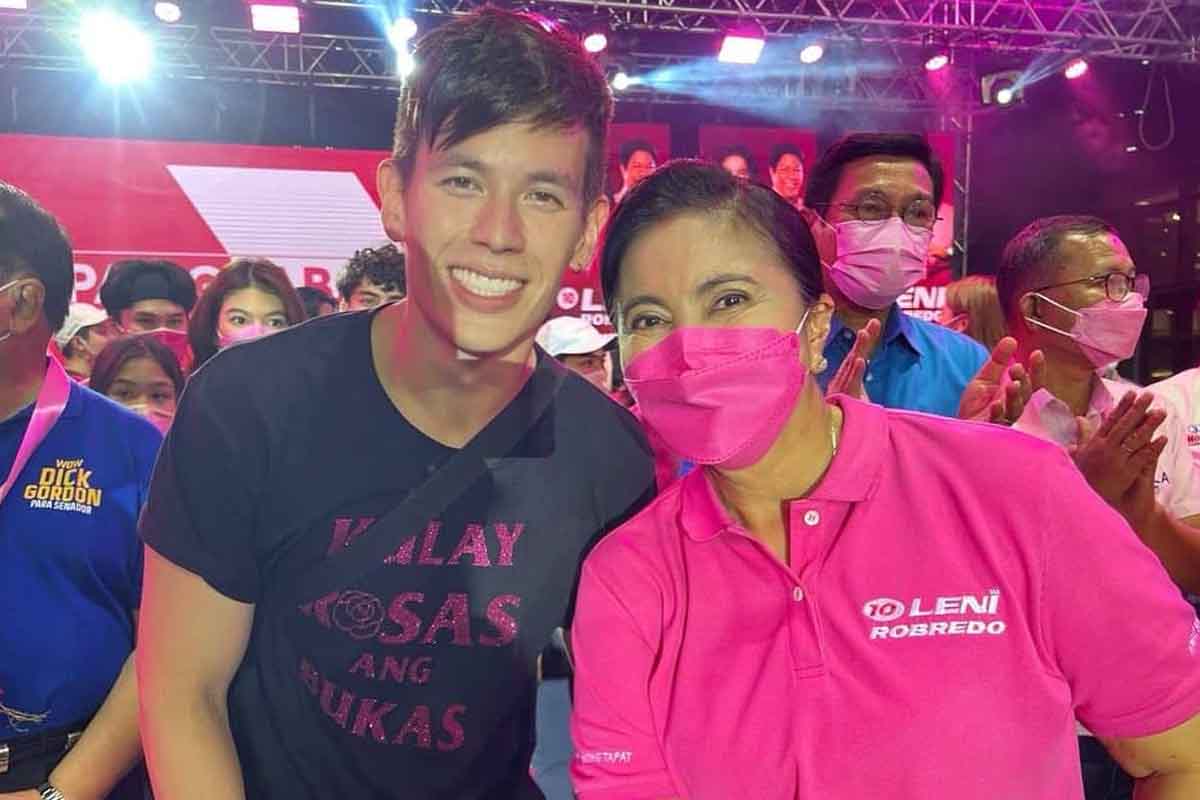 
Jake Ejercito was among the 137,000 “Kakampinks” present during the Leni-Kiko Pasiglaban rally on Sunday, March 20.

The actor took to social media to share his encounter with presidential aspirant Vice President Leni Robredo. According to him, it was his first time attending a political rally with none of his relatives involved.

“But it ain’t about colors for me; it’s about being Filipino,” Ejercito said.

He also shared a clip where VP Leni hugged him.

“Was too hesitant to hug her to thank her for running and to somehow give her more courage to fight on, but she surprisingly gave it first and I felt so much hope and reassurance in return,” he wrote on the post.

He also encouraged his followers to not waste the rare opportunity to let someone like Robredo lead.

“No hero-worship here, but candidates who are as genuine, as qualified, and as capable as her don’t come around too often. Let’s not waste this rare opportunity to let someone like her lead,” he said.

Ejercito is the youngest son of former President Joseph Estrada.