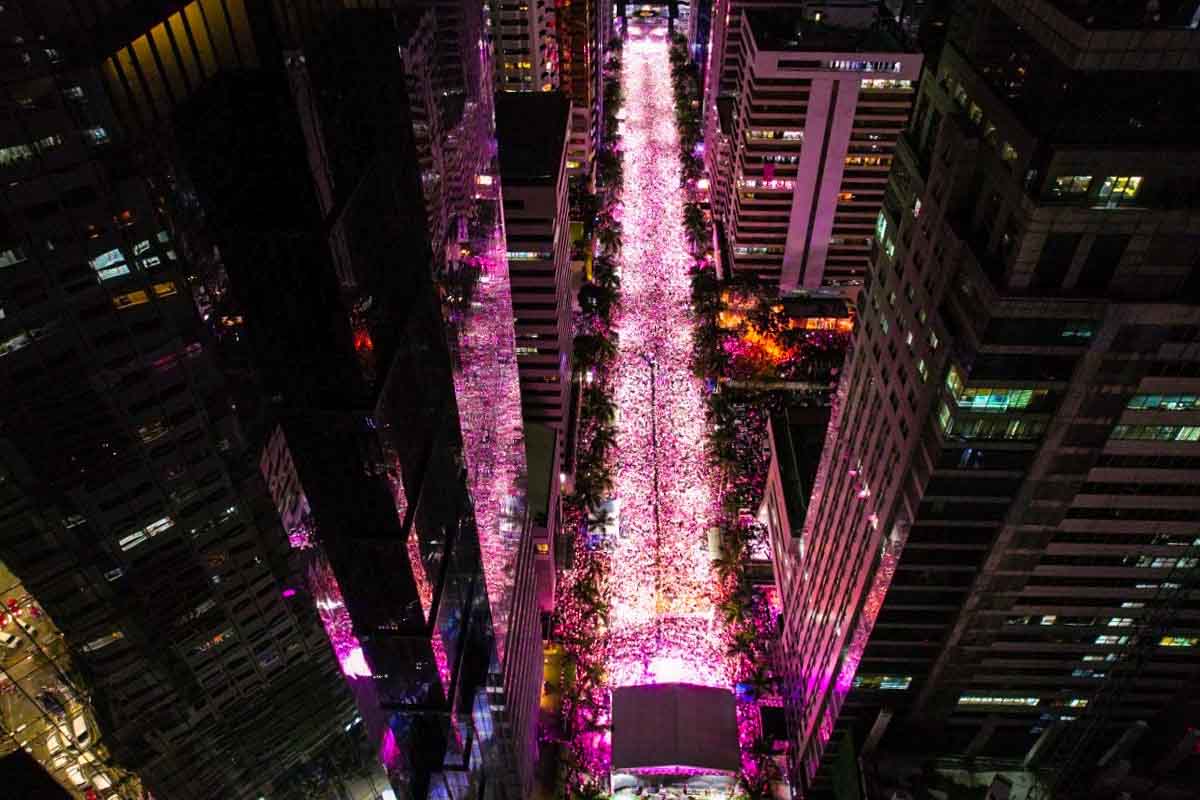 
No less than 137,000 individuals flood Emerald St., and adjoining streets, in Pasig City on Sunday to support the Leni-Kiko campaign rally.

According to the Pasig City police, 137,000 people joined the rally. But organizers said the crowd estimate reached 180,000.

Celebs spotted in the crowd

The rally, held 50 days before the May 9, 2022 elections, also featured several local artists. Among them are Robi Domingo, Melai Cantiveros, and Jolina Magdangal who hosted the event.

The Barretos, Marjorie Barretto and her kids Claudia, Leon, Dani, and Xavi Panlilio, also went to the rally. All of them were wearing pink outfits.

“I could not believe this was real,” the singer-songwriter captioned. “I love you more than words.”