Marcos Jr. remains as survey frontrunner, but went down across Classes 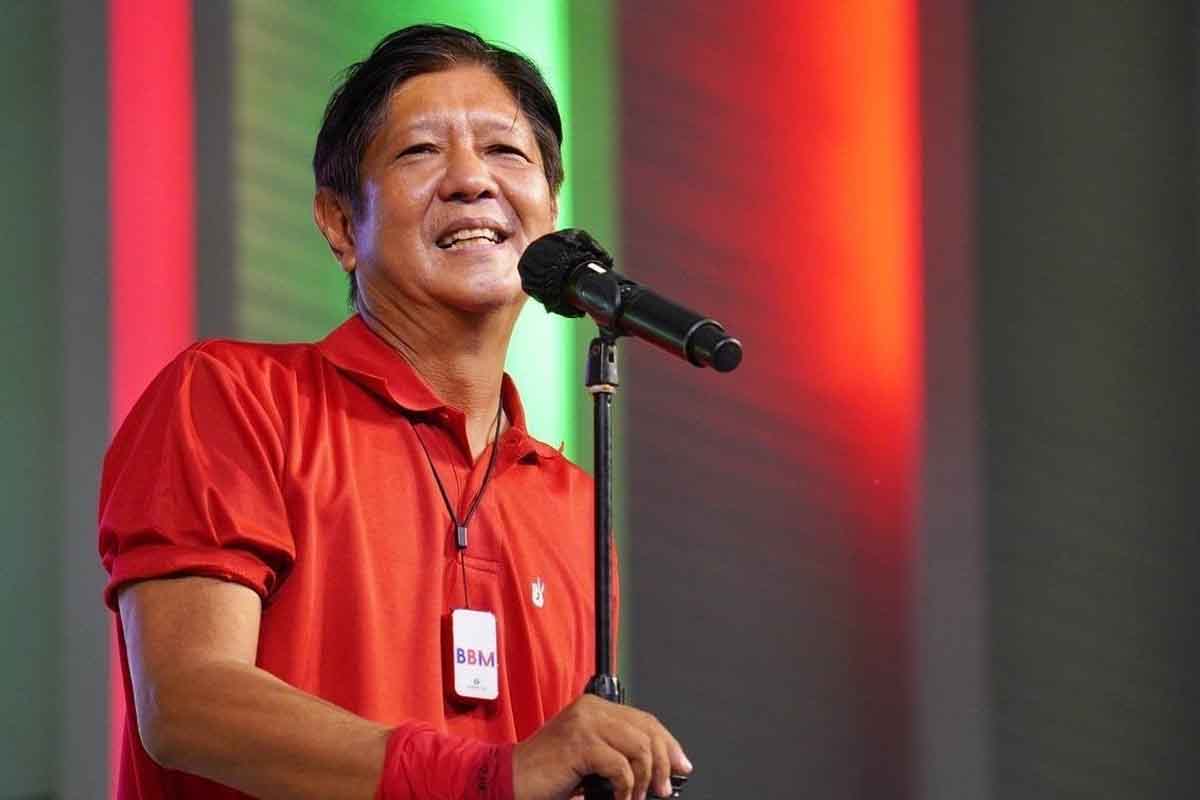 Marcos Jr. received the nod of 56 percent of the survey participants for the March survey. This is lower by 4 points compared to the 60 percent he got in the February survey.

Meanwhile, Vice President Leni Robredo is still number two in the survey with 24 percent. Robredo’s number is 9 points higher than her previous score, increasing across all classes— 13 percent among Class C voters, 10 percent in Class D, and 9 percent in Class E. 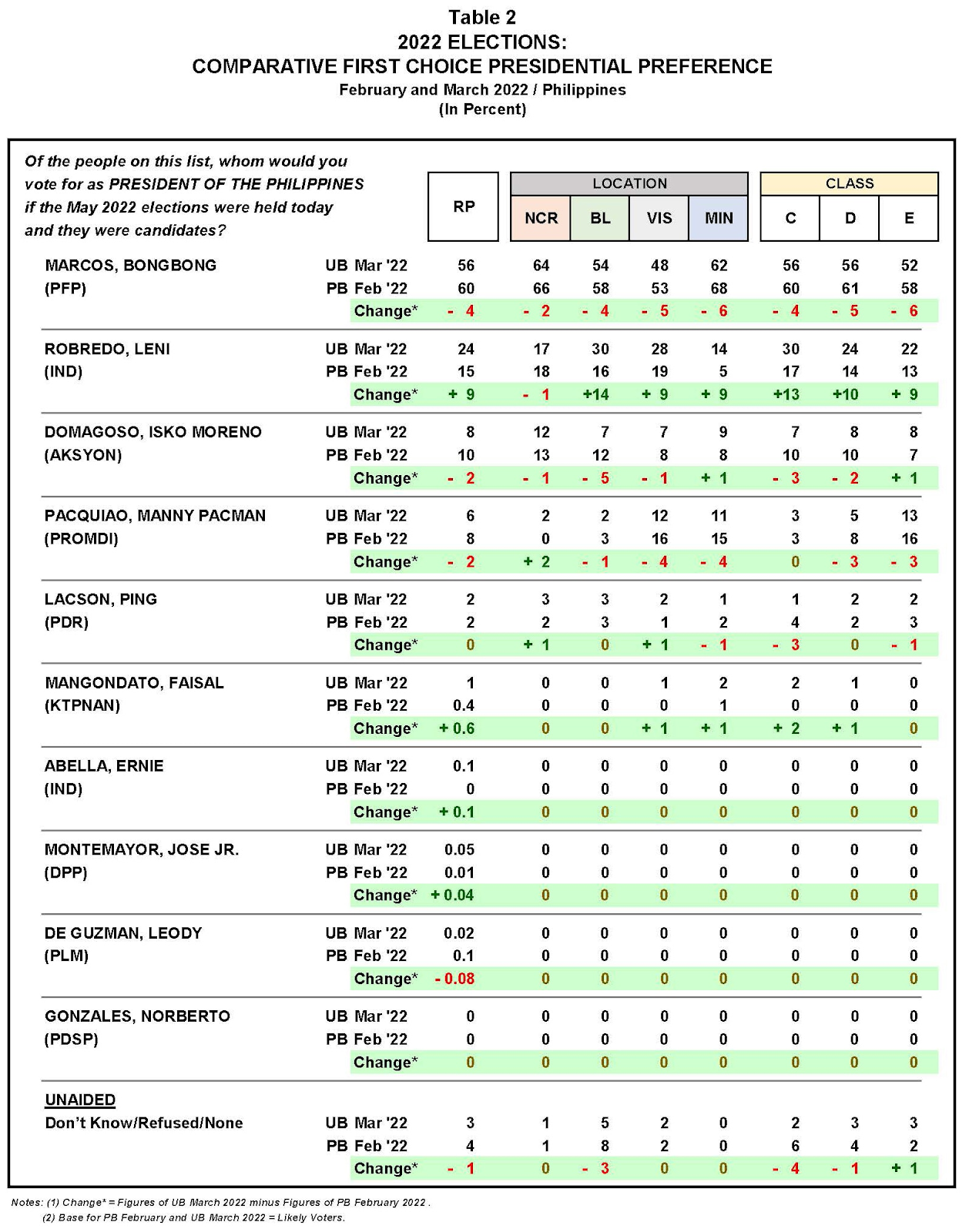 Davao City Mayor Sara Duterte is still leading the vice presidential race, garnering 56 percent in the survey. Her number is 3 percent higher from her February ratings.

In the senatorial race, broadcaster Raffy Tulfo is still in the number one spot, followed by Antique Rep. Loren Legarda and former House speaker Alan Peter Cayetano in 2nd and 3rd places, respectively.

The rest of the top 10 are as follows: