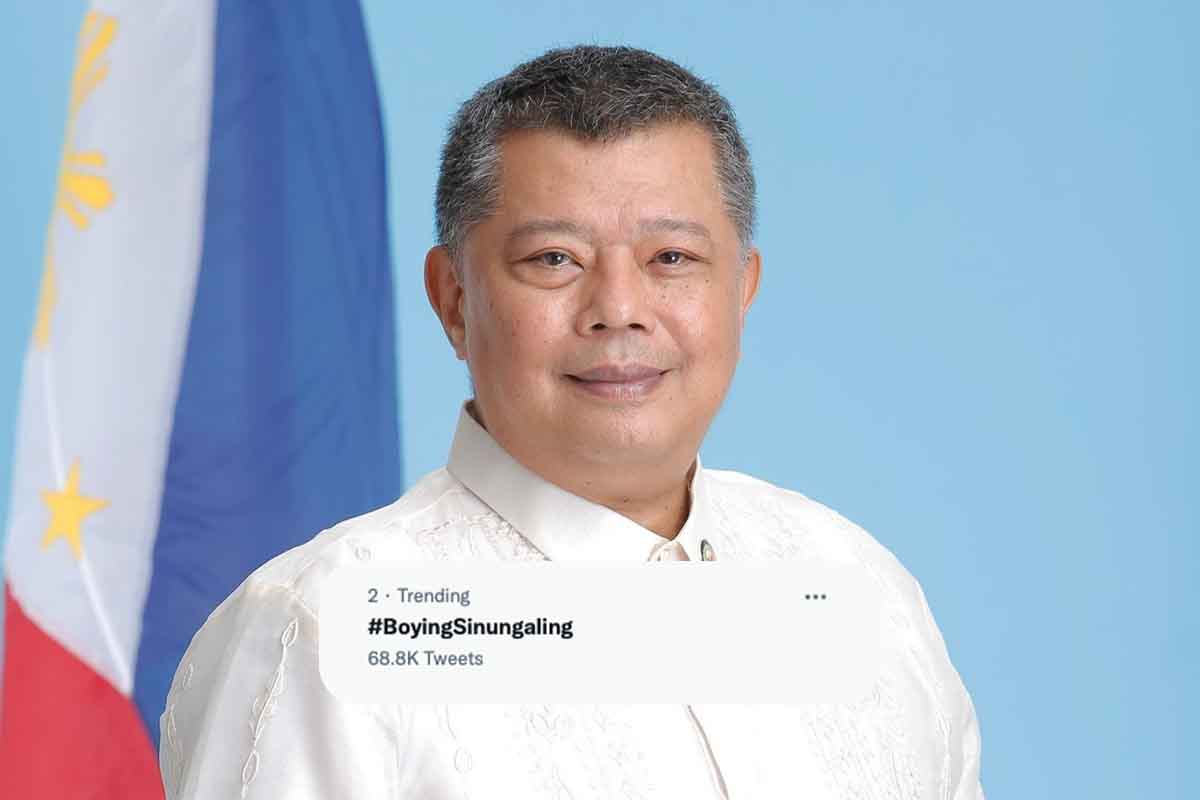 Asked when the campaign rally he was referring to happened, the lawmaker replied “last night.” Only Robredo held a rally in the area on the said date.

Moreover, Remulla also claimed that some attendees were members of communist groups.

Insulted supporters of Robredo took to social media to condemn Remulla and his statement.

Netizens, mostly Caviteños who joined the rally, clapped back at the solon over his statement.

Here are some of the most notable tweets:

Boying Remulla, hindi ako Caviteño, but I am one of the 45k plus Bulakeños who attended VP Leni's People's Rally. Together with the 47k plus volunteers from Cavite, I would just like to say —Aanhin namin ang 500 pesos? Hindi kami tumatanggap ng barya! #BoyingSinungaling pic.twitter.com/8nhTv7wUZ9

I was there. I walked kilometers under the intense heat of the sun. I saw no Bus but minibus chartered by communities and groups of friends.

It is an insult to your constituents exercising their right to say that we were pAid. #BoyingSinungaling #CaviteIsPink

We are not for sale boying. The Php 500 is fucking insult! we voluntarily went there to show love and support for the whole team. You have really no idea how heartily those citizens joined our campaign :)) so much better pag inggit pikit😗#BoyingSinungaling #CaviteIsPink pic.twitter.com/cP69OrYIM3

I'm not a Caviteño, but this false accusation of being paid applies to all Kakampink Volunteers, who wholeheartedly join people's movement at their own expense, time, and effort. NOT PAID. NOT DICTATED. NOT FAKE.#BoyingSinungaling

My family of 17 was there with our friends and their familie. We parked our Fortuners and Starex in a designated parking area and walked under the heat of the sun. P500 would be an insult.. #BoyingSinungaling #BulacanForLeniKiko pic.twitter.com/5IP0Cuoc5a

Furthermore, the Robredo People's Council - Cavite released their statement regarding the matter.