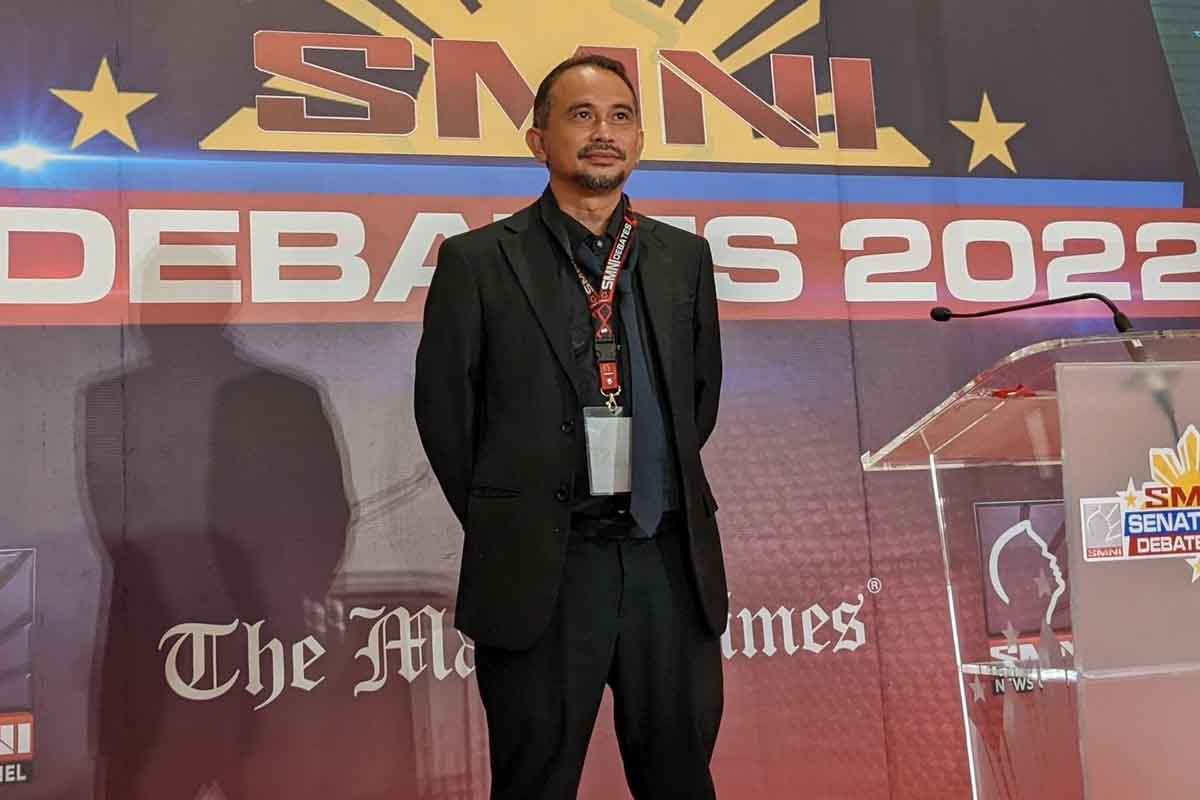 During the SMNI Senatorial Debate 2022, Espiritu did not hold back with his rebuttals to Gadon and Roque on issues involving the Marcoses and martial law atrocities.

Responding to a question, Espiritu maintains he is against lowering the age of criminal responsibility and that children should learn about the human rights violations committed during the term of late dictator Ferdinand Marcos Sr.

Gadon took offense and said the forum should not be used for propaganda against the Marcoses— to which Espiritu hurled back with figures from Amnesty International.

He also called out the suspended for interrupting him multiple times even if it was not yet time for him to speak: "It's my time. Huwag kang bastos.”

Moreover, when it was his time to speak, former presidential spokesman Harry Roque vouched that Ferdinand "Bongbong" Marcos Jr. has nothing to do with the crimes committed during his father’s regime.

Espiritu then blasted Roque for shifting allegiance to the Marcoses when he used to be a staunch critic of the former first family, as well as a human rights lawyer who fought for martial law victims.

"With all due respect to Atty. Harry Roque, I know your history. You were anti-Marcos before. You were for human rights before. You spent your life against the Marcoses. You worked for human rights. And now that you were given a Senate spot under the party of Bongbong Marcos, now you cry hallelujah and praise Marcos," Espiritu said.

Here are some tweets related to this story:

Atty. Luke Espiritu from unknown to a fucking legend. Balls of steel to say "WAG KANG BASTOS" to Gadon on live tv 😂

Atty. Luke Espiritu WENT FROM BEING UNKNOWN TO BEING A LEGEND 🙌

if you want to feel good today, watch this clip of luke espiritu exposing the scam that is ha/rry ro/que

The way Luke Espiritu said “Wag kang bastos!” and every molecule of Larry Gadon got called out. It’s like the whole world stopped turning, and every living being turned their head to look at SMNI, at the podiums, then at Gadon, and in disgust, nodded.

Luke Espiritu is a labor lawyer and organizer. President of Bukluran ng Manggagawang Pilipino. He has been fighting against contractualization and abolishing manpower agencies. He’s one of Ka Leody and Walden’s senatorial picks.

Atty. Luke Espiritu is the bardagulan king we need in the Senate. PLEASE FCKING VOTE FOR HIM. WE DON'T NEED ROBIN PADILLA OR LARRY GADON OR EVEN HARRY ROQUE SITTING IN THE SENATE.