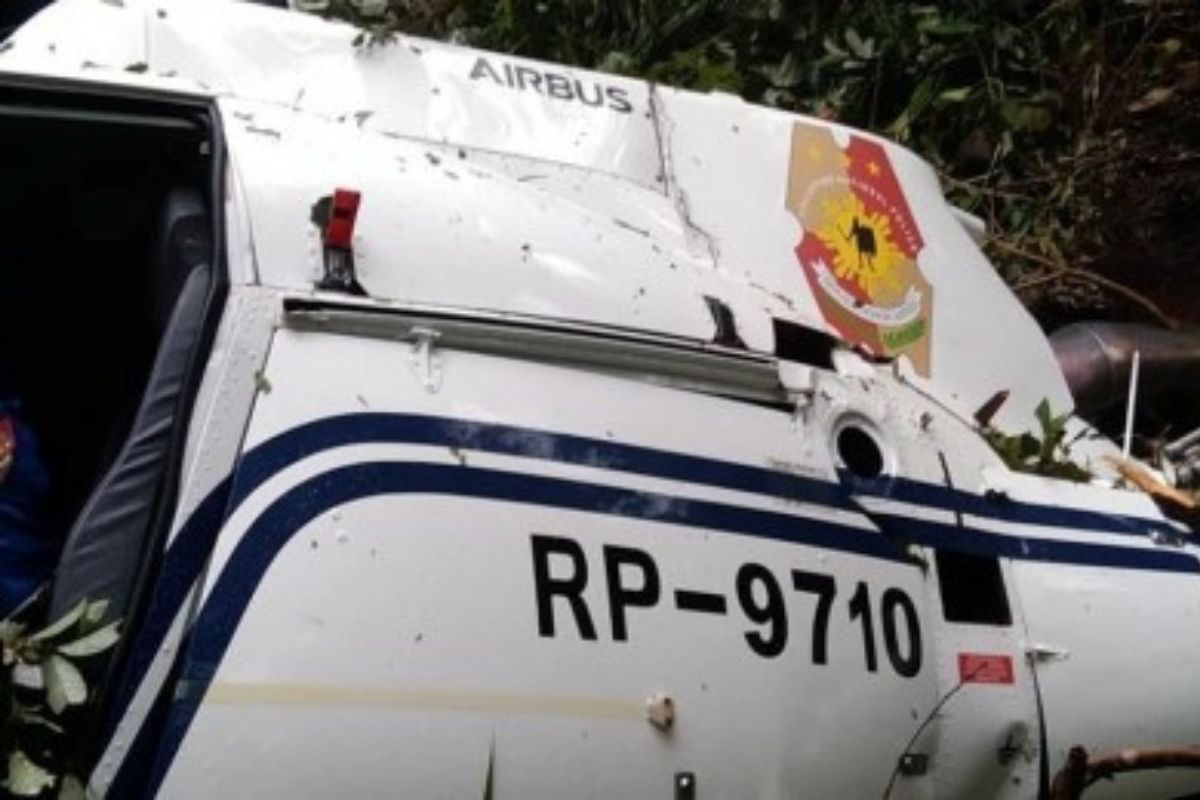 
One police personnel died while two others were hurt after a helicopter of the Philippine National Police (PNP) crashed in Real, Quezon on Monday, February 21.

The fatality was identified as Police Patrolman Allen Noel Ona, while the two injured personnel were  Lt. Col. Michael Meloria and Lt. Col. Dexter Vitug. Both injured police were rushed to a hospital in Infanta, Quezon.

They personnel were aboard the PNP Airbus H125. The plane took off form the Manila, Domestic Airport at 6:15 AM en route to Northern Quezon for an administrative mission, PNP public information chief Brig. Gen. Roderick Augustus said. They were reported to lose contact hours after the take off.

The PNP has grounded the entire fleet of the fleet of H-125 Airbus police helicopters while an investigation is underway in coordination with the Civil Aviation Authority of the Philippines (CAAP), Department of Transportation (DOTr), and other concerned agencies.