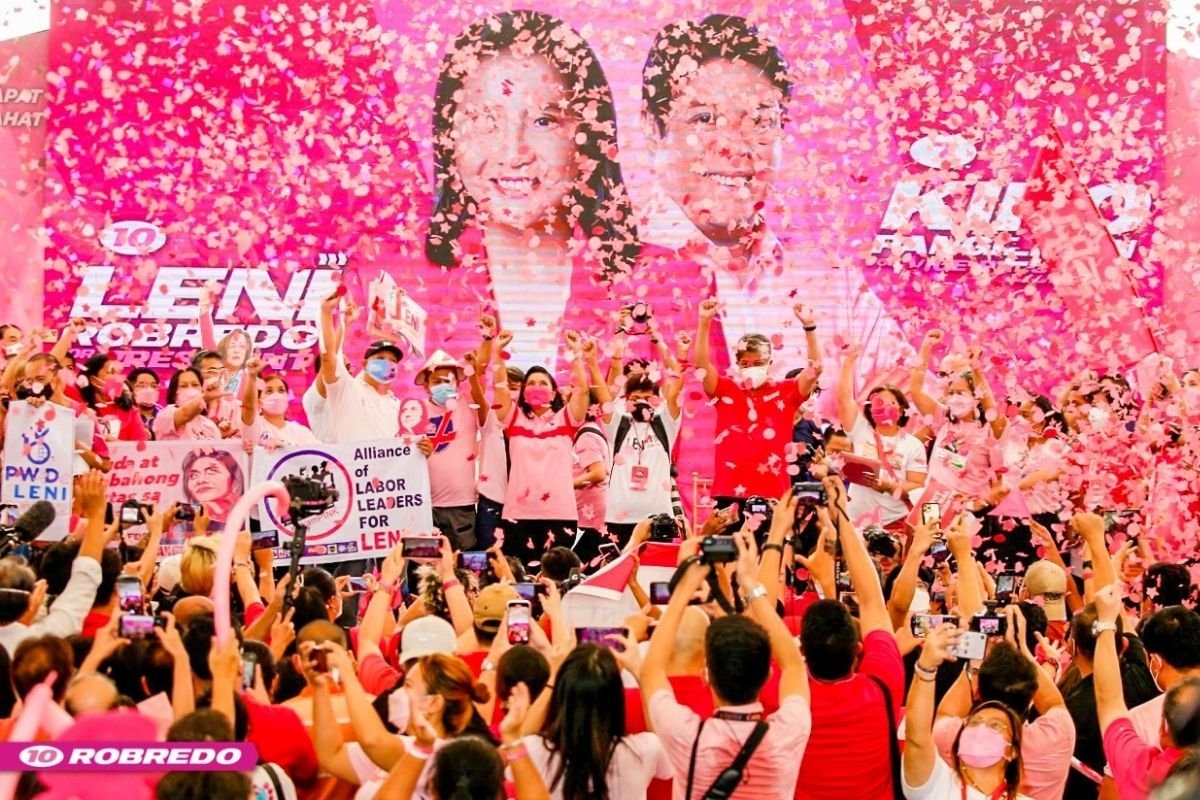 
Presidential hopeful Vice President Leni Robredo’s camp said they are taking full responsibility for the breach in health protocols during the “Pink Sunday” rally held in Quezon City on February 13.

“We acknowledge the concerns of the Quezon City Government, extend our thanks for its vigilance, and take full responsibility," vice presidential spokesperson Barry Gutierrez said.

“While the organizers ensured that access to the immediate vicinity of the program proper was limited, and that all attendees were advised to bring vaccination cards and observe health protocols, the sheer number of people that arrived was a challenge, for which we apologize,” Gutierrez said.

The Quezon City local government earlier called out the organizers for violating the imposed restrictions.

“While crowd control is a highly complicated aspect of large gatherings, it is a test of discipline for the organizers and attendees to show that their chosen candidates observe the laws of the land,” it added.

Robredo’s camp assured to implement strict compliance to regulations in the future.