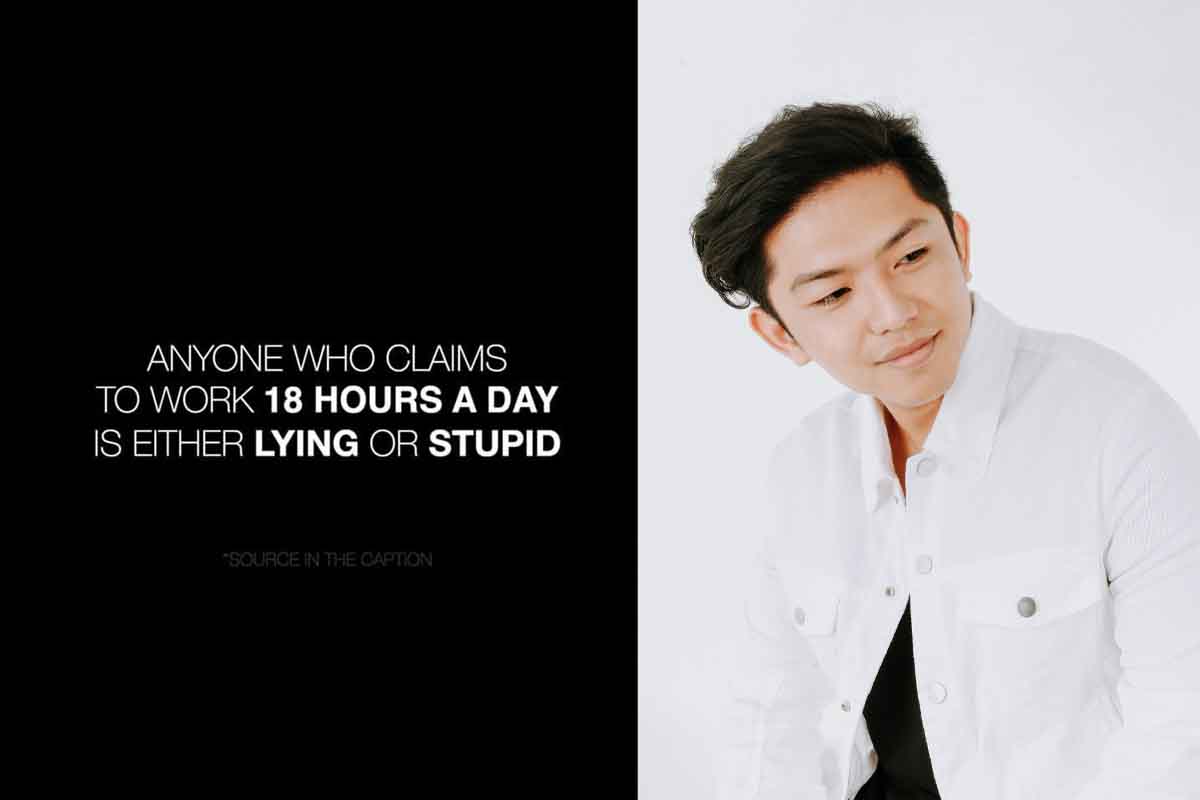 
Director Darryl Yap is under fire anew over his latest “Pagod Len-len” video.

The video, uploaded on Thursday, Feb. 10, is the latest installment to the director’s “Kape Chronicles.”

In the latest video, Sen. Imee Marcos, Roanna Marie, and Miss Q&A grand winner Juliana Parizcova Segovia, talked about how Len-len works for 18 hours a day and with so many bosses, among other topics.

The video ended with a quote that says: “Anyone who claims to work 18 hours a day is either lying or stupid.” This particular part did not sit well with several netizens. On Thursday evening, Darryl Yap even trended on Twitter.

A quick look on the social media app shows offended netizens who argue that so many professionals, such as doctors, nurses, and security guards are working 18 hours or more out of necessity and they are now liars nor stupid.

Here are some of the tweets:

Funny how these people who make fun and cast doubt of the hard work of those who work more than 18 hrs a day barely work themselves. These people wouldn't last a day in the shoes of doctors, vendors and security guards. Charot! pic.twitter.com/P6S022UX73

How low can Darryl Yap go? 🤢 The disrespect to all the hardworking Filipino workers. pic.twitter.com/FvBh9J2bzL

Darryl Yap's piece is an example media manipulation . Shame on you , shame on Imee mtherfcking Marcos . How fcking dare you claim 18 hrs workload doesn't exist heck even 36 hrs shift exist . Im so mad that the sight of Imee's face is enough to destroy my entire mood.

I work 18 hours a day because what we do is vital for the country... we make sure all the data are processed. we do research.

Maybe I am stupid because I am giving so much time trying to better this shithole of a country for people like Darryl Yap. https://t.co/cBfsOBhTMT

No darryl yap, the healthcare workers worked more than 18 hrs a day and you call them Liar and Stupid?

For what exactly? To lift your candidate up? Which we all know convicted with Plunder?

Darryl Yap’s cheap content is angering, but it is much more saddening. To call people who work for 18 hours or so, as stupid and liars is insulting, disgusting, and insensitive. Kadiri ka, Darryl Yap, kadiri ka.

The presidency is not something for him daw. pic.twitter.com/w4SNhyQpVt

Imee Marcos x Darryl Yap the most petty duo ever 😝 I can't believe the fans are hyping that shit series and seems so happy about it, kilabutan kayo

Let's be Direk Erik Matti in a world full of Darryl Yap and Paul Soriano.

To recall, Vice President Leni Robredo during the GMA News’ Jessica Soho Interview said she’s working for 18 hours every day and sleeps 6 hours on an average. Ex-sen. Bongbong Marcos, brother of Sen. Imee Marcos who starred in the video, did not attend the interview claiming the host is biased against their family.