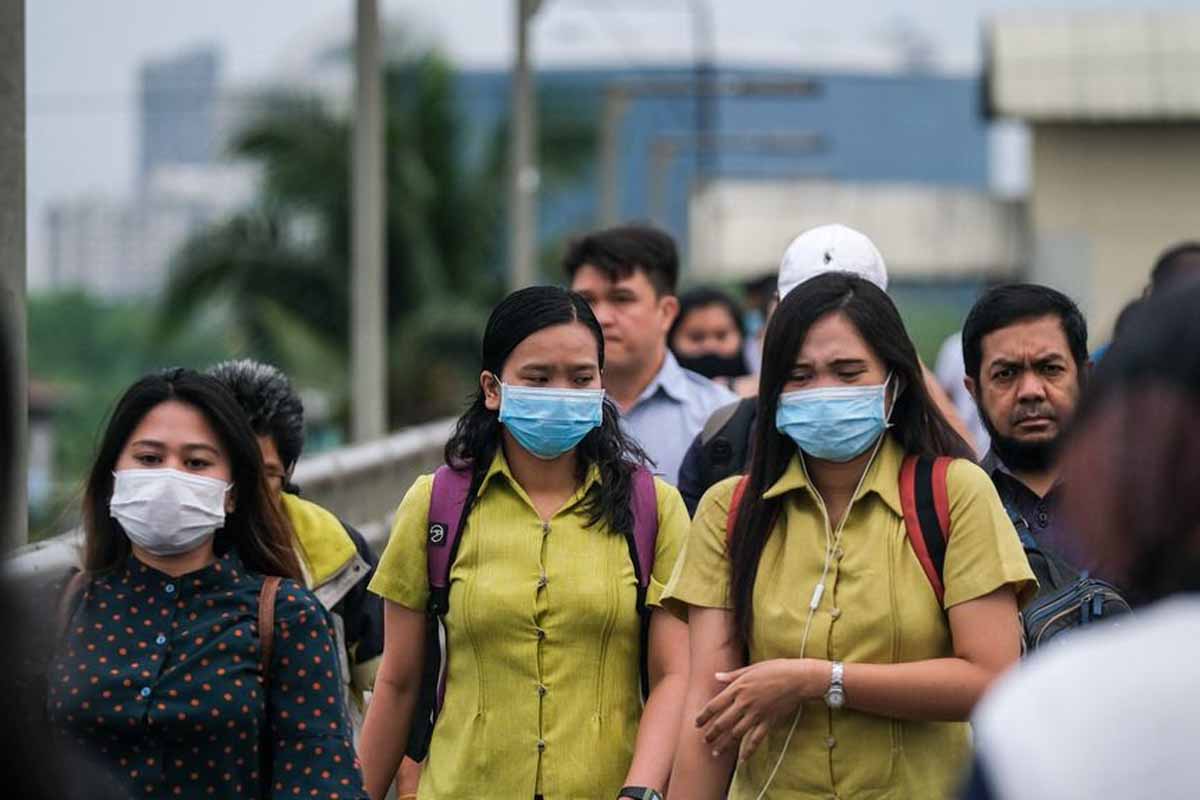 "NCR and Quezon are now at low risk as of February 9 (based on Covidactnow metrics) while Batangas, Cavite, Laguna and Rizal remained at moderate risk. The public is advised to continue observing health protocols," OCTA Research fellow Dr. Guido David wrote on Twitter, Thursday. 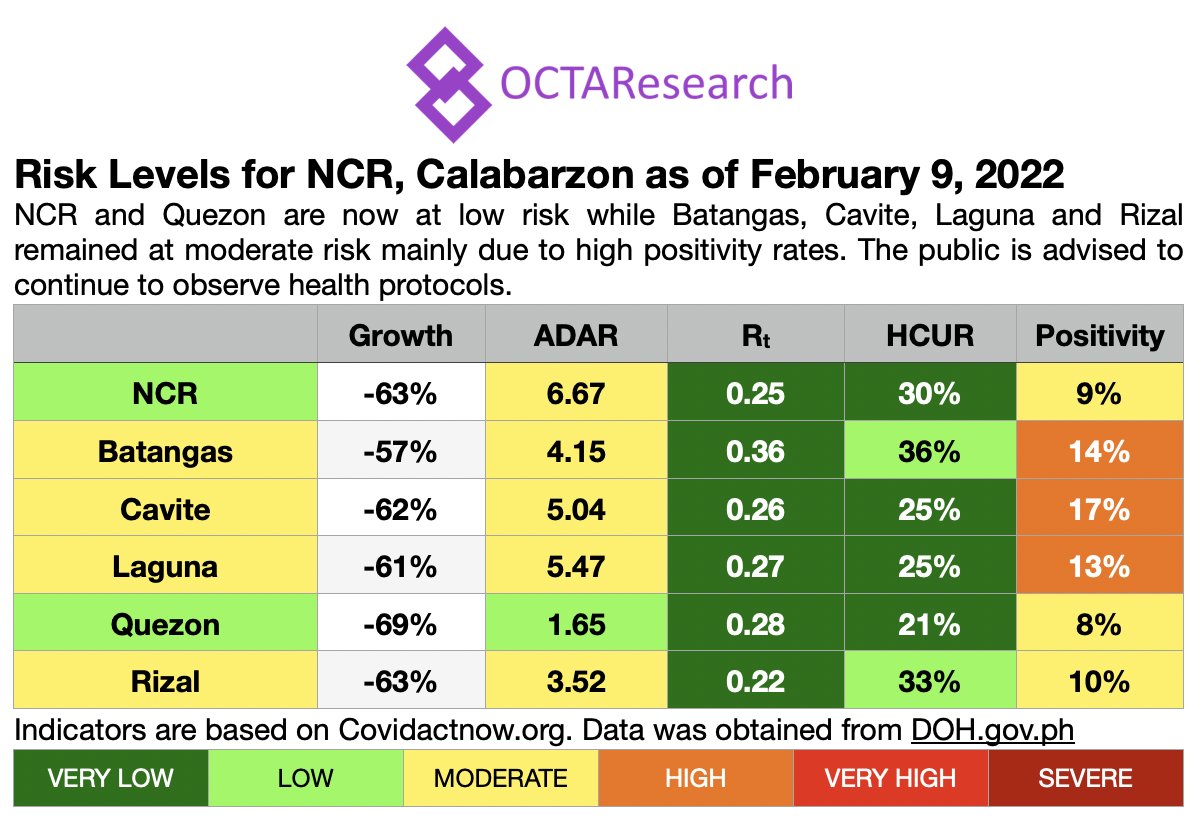