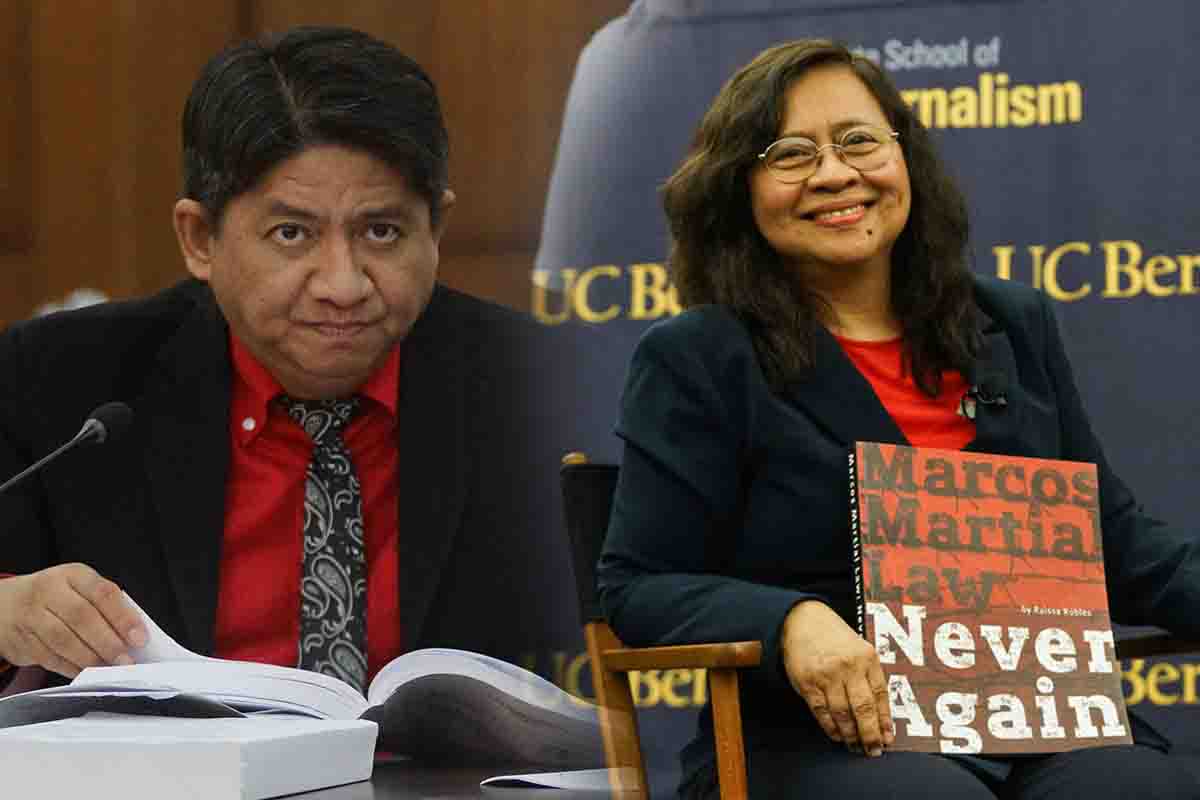 
Investigative journalist and book author Raissa Robles has filed multiple criminal complaints against suspended lawyer Lorenzo “Larry” Gadon over his viral video in December where he verbally assaulted her.

Robles in her complaint affidavit filed before the Quezon City Prosecutor’s Office dated February 4 accused Gadon of violating the Safe Spaces Act (RA 11313) over the viral video. She also charged the embattled lawyer for libel and cyberlibel over another Facebook video where he accused her of spreading fake news.

In the viral video, Gadon cursed Robles and called her out for supposedly spreading information that presidential candidate Ferdinand “Bongbong” Marcos, Jr. did not pay taxes back then when he failed to file income tax returns.

The journalist in the complaint said Gadon’s cuss words directed at her are "brutal, dehumanizing, misogynistic and sexist."

"I am certain that the words used by Mr. Gadon in the video constitute terrorizing, unwanted sexual misogynistic, and sexist statements made online, whether publicly or through direct and private messages, which are defined as the criminal offense of Gender-based Online Sexual Harassment," she added.

The Supreme Court previously ordered Gadon to explain why he should not be disbarred for his behavior in the video.

Currently, Gadon is facing 4 disbarment complaints: one over his remark that Muslims should be killed to attain peace in Mindanao; one over his supposed arrogance at the House of Representatives during a committee hearing on the impeachment complaint he filed against ousted Chief Justice Maria Lourdes Sereno; and two cases over his "bobo" frolics in Baguio City during the quo warranto proceedings against the then chief magistrate.

Gadon is running for senator in the 2022 elections under the BBM-Sara ticket.