Public urged to get updated VaxCert 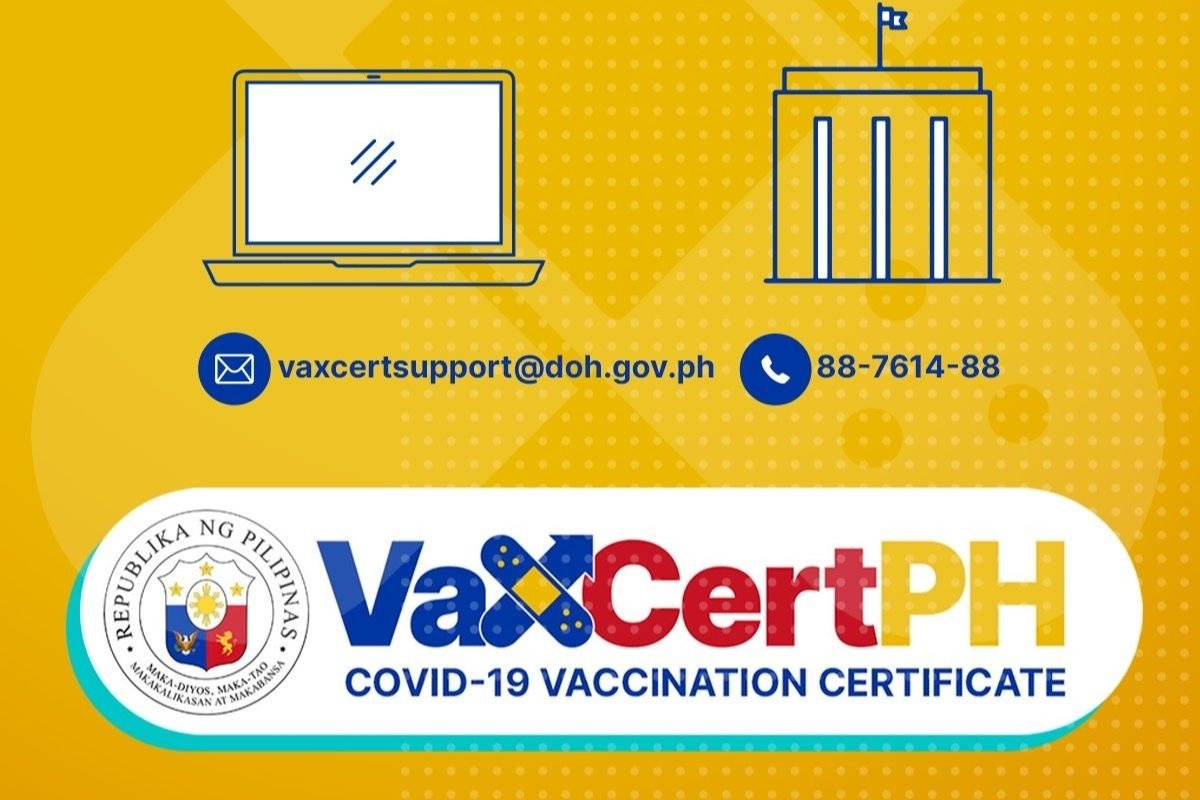 
The Department of Health (DOH) encouraged the public to request the new version of their vaccination certificate following updates in VaxCertPH.

“All citizens who generated their certificates before February 7, 2022 are urged to request the new version of VaxCertPH in the portal,” DOH said.

Vaccine certificates issued earlier than the said date will have outdated and unreadable QR code, the department explained.

VaxCertPH has been updated with new features! All citizens who generated their certificates before February 7, 2022 are urged to request the new version of VaxCertPH in the portal, since the QR code of previously generated certificates will become outdated and unreadable. pic.twitter.com/E1bZ2z1Gjk

He noted that they are also in talks with the European Union to have bilateral acceptance between the Philippines and European countries’ vaccine certificates.

Caintic added that local vaccination cards can still be used to enter establishments, in lieu of the vaccine certificate.

The public can generate their vaccination certificates at vaxcert.doh.gov.ph or through their respective local government units. VaxCert can be requested 48 hours after full vaccination.