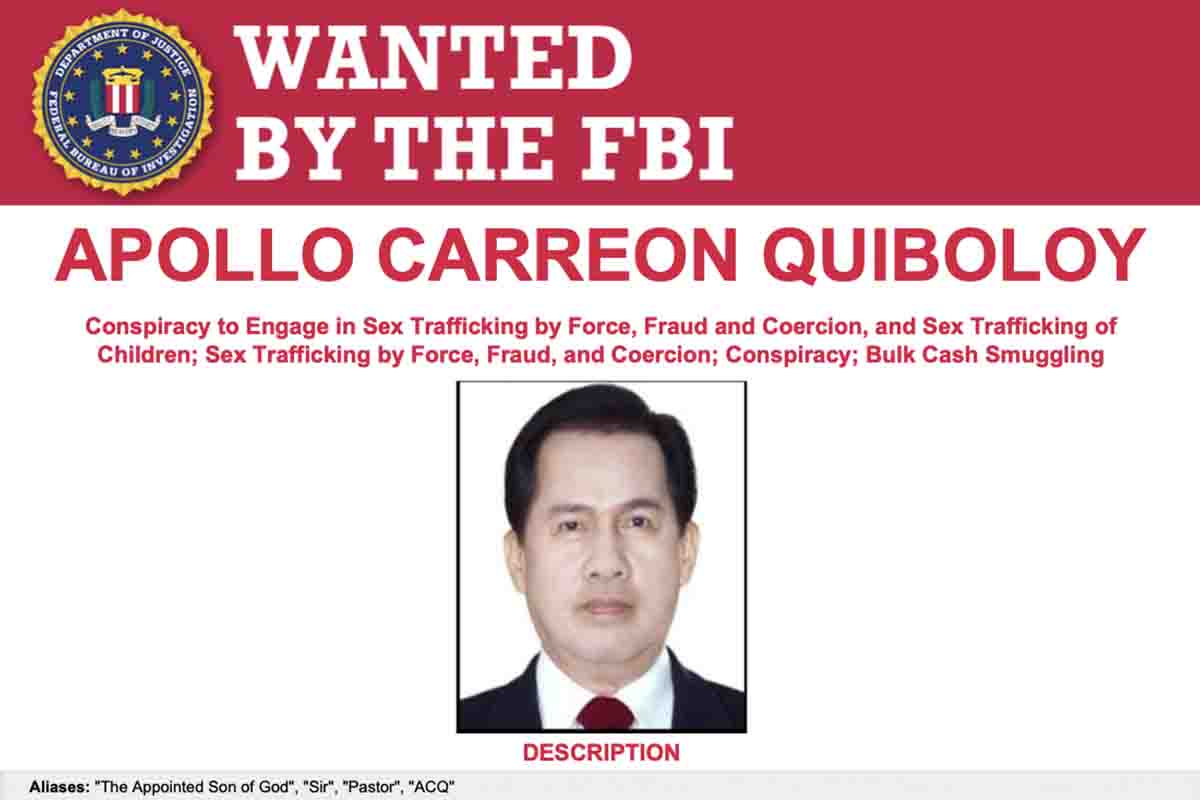 
To recall, in November 2019, United States prosecutors filed sex trafficiking charges against Quiboloy, alleging that the church leader forced young women into sex on the threat of physical abuse and “eternal damnation.”

In case you missed it, the United States Federal Bureau of Investigation (FBI) has placed Kingdom of Jesus Christ (KOJC) founder, Pastor Apollo Quiboloy, on its most wanted list. 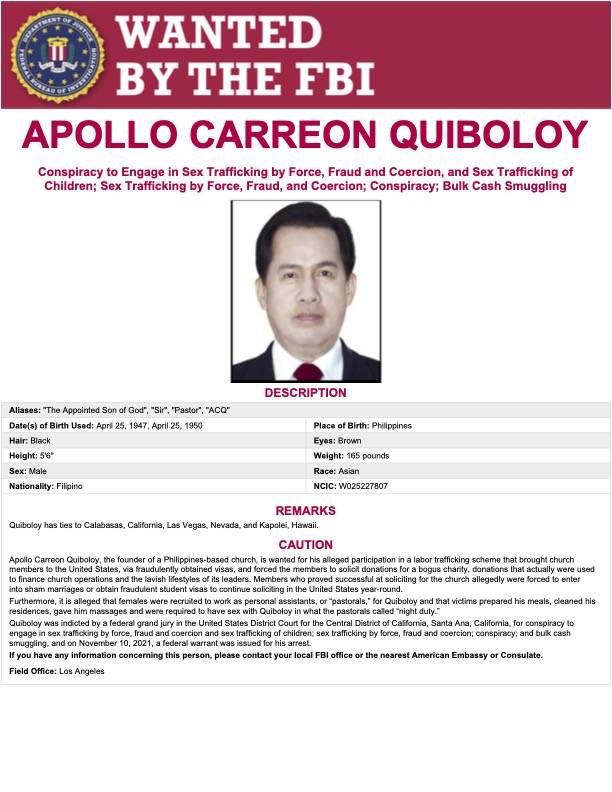 “Apollo Carreon Quiboloy, the founder of a Philippines-based church, is wanted for his alleged participation in a labor trafficking scheme that brought church members to the United States, via fraudulently obtained visas, and forced the members to solicit donations for a bogus charity, donations that actually were used to finance church operations and the lavish lifestyles of its leaders,” the FBI wrote on its website. “Members who proved successful at soliciting for the church allegedly were forced to enter into sham marriages or obtain fraudulent student visas to continue soliciting in the United States year-round.”

“Furthermore, it is alleged that females were recruited to work as personal assistants, or “pastorals,” for Quiboloy and that victims prepared his meals, cleaned his residences, gave him massages and were required to have sex with Quiboloy in what the pastorals called “night duty.”

Two others were charged in relation to Quiboloy's labor trafficking scheme.

Related story: Sex trafficking charges filed vs Quiboloy in US

Following the release of the wanted poster, the church leader on Sunday evening claimed that the allegations thrown against him are part of his job as "The Appointed Son of God.”

He also called himself as the "modern Joseph" who has to go through tribulations.