ICYMI: HyunA and DAWN are engaged! 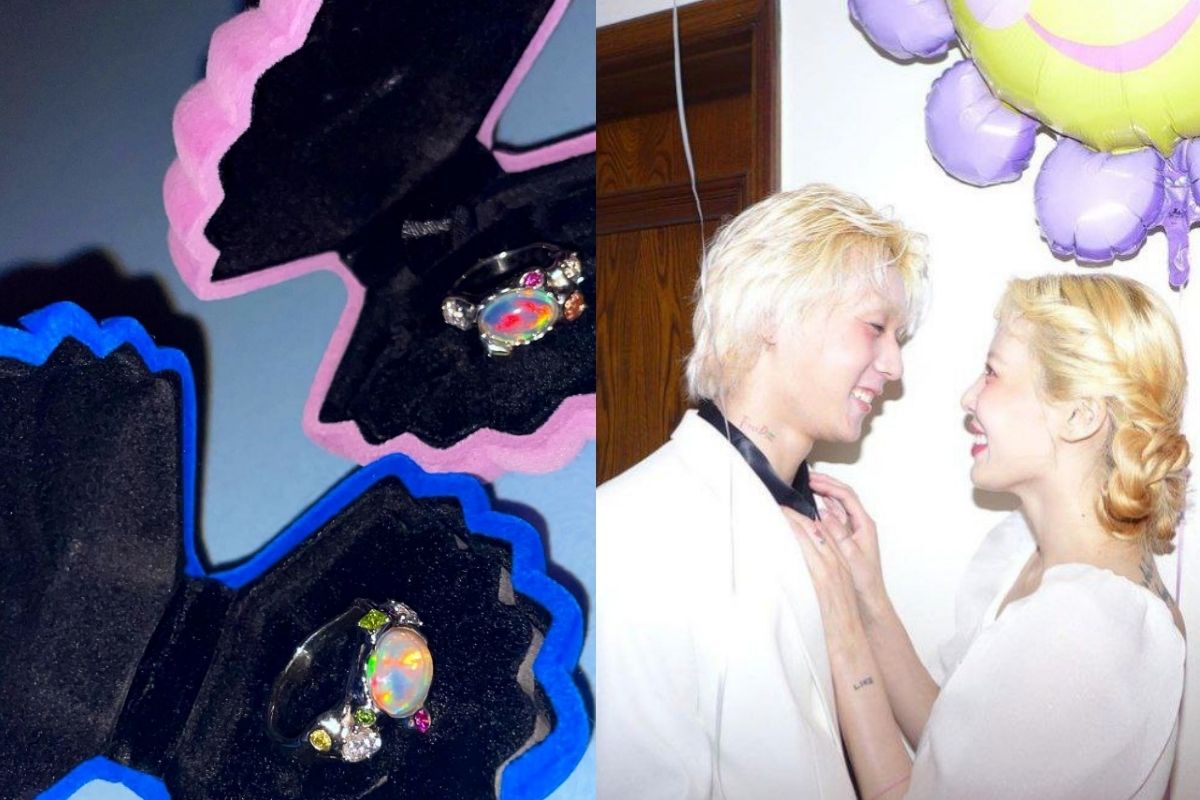 
K-Pop stars HyunA and DAWN surprised fans with the announcement of their engagement on Thursday, February 3.

Wedding bells are ringing for HyunA and DAWN!

K-Pop stars HyunA and DAWN on Thursday, February 3, flaunted their matching rings on Instagram and surprised fans with what appears to be the announcement of their engagement.

DAWN first posted photos of the classy and beautiful ring set, as well as a video of him and HyunA' on Instagram, wherein both of them can be seen wearing matching rings. He captioned his post with a simple "MARRY ME.”

In response, HyunA reposted the video on her own Instagram profile and wrote, "of course, it's a yes!" in Korean. She also shared a shot of the ring set and wrote, “Thank you, thank you, always thank you.”

Fans expressed their full support for the couple and congratulated them for their engagement.

HyunA, 29, and DAWN, 27, have been dating since 2016, but only went out publicly in 2018. They were previously under Cube Entertainment, but they left and signed together with PSY’s label, P NATION in 2019.

HyunA, born Kim Hyun-ah, first debuted as a member of the JYP Entertainment girl group, Wonder Girls, in 2007. However, later on, she subsequently left JYP and joined 4Minute, a girl group under Cube Entertainment, which debuted in 2009. In 2014, she pursued a solo career, which let her earn her very own color and name in the industry. She produced the K-Pop hits ‘Bubble Pop,’ ‘Red,’ and ‘Lip & Hip.’ After numerous conflicts, she ended her contract with Cube Entertainment in 2018 and signed with P NATION.

Meanwhile, DAWN, born Kim Hyo-Jong, formerly known as E’Dawn, was a former member, rapper, and songwriter of the boy group Pentagon under Cube Entertainment. He also participated in the sub-unit Triple H together with HyunA and (former) bandmate Hui. They managed to release two EPs before the unceremonious halt of their promotions, following the dating rumors between him and labelmate HyunA. He also left Cube Entertainment in 2018, signed with P NATION, and debuted solo in 2019 under the new stage name, DAWN.

In 2021, the couple worked together and released the song “PING PONG.” Their incredible chemistry and colorful traits made it easy for fans and non-fans alike to love them. Check out the music video for “PING PONG” below!