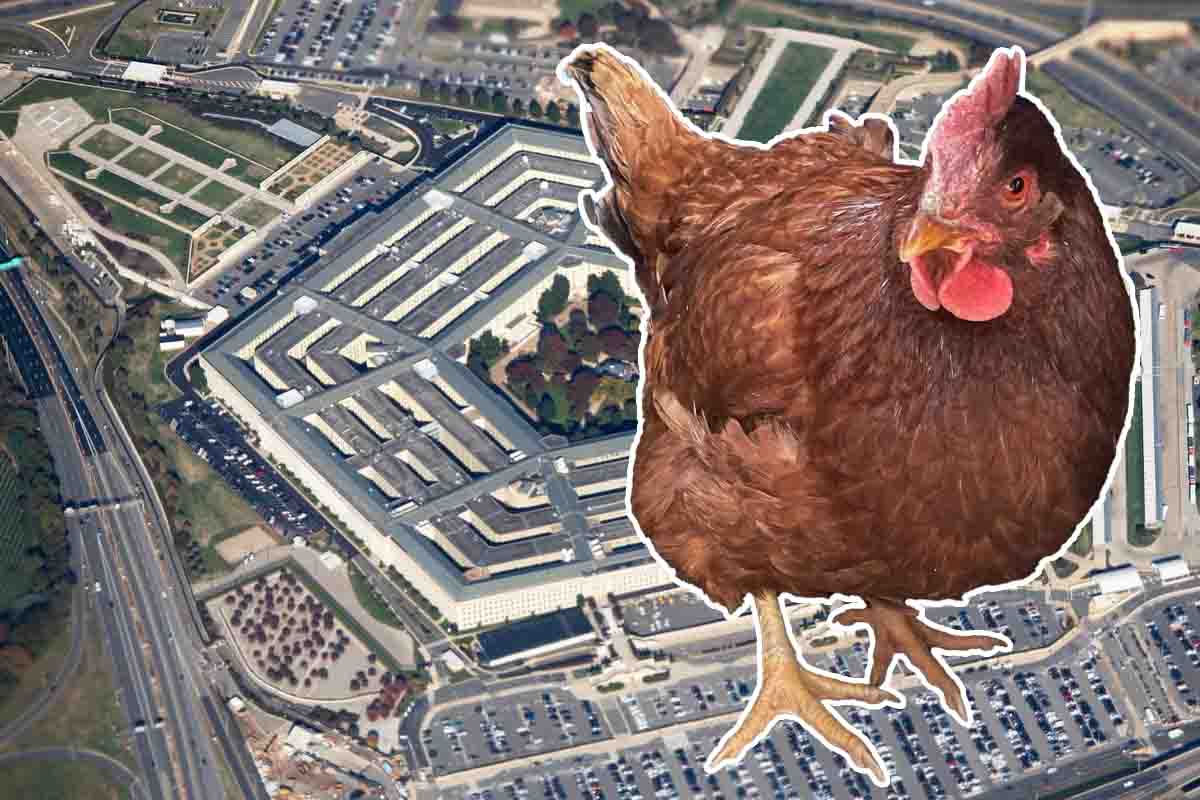 Heavily armed guards on Monday morning apprehended a chicken for trying to sneak into the high security zone at the Pentagon.

Officials still don’t know how she got there, but after being captured in the middle of cold weather, the local animal control officers were called to the scene.

“Apparently, the answer to "why did the chicken cross the road" is.... to get to the Pentagon?!” the Animal Welfare League of Arlington wrote on Facebook. “Very early this morning, this chicken was caught sneaking around the security area at the Pentagon (we're not kidding) and our officers were called to come pick her up.”

The organization said the chicken had been brought to the shelter where she'll stay until they find a new home for her.

The Pentagon serves as the headquarters of the United States Department of Defense. It is regarded as one of the largest and heavily guarded office buildings in the world.