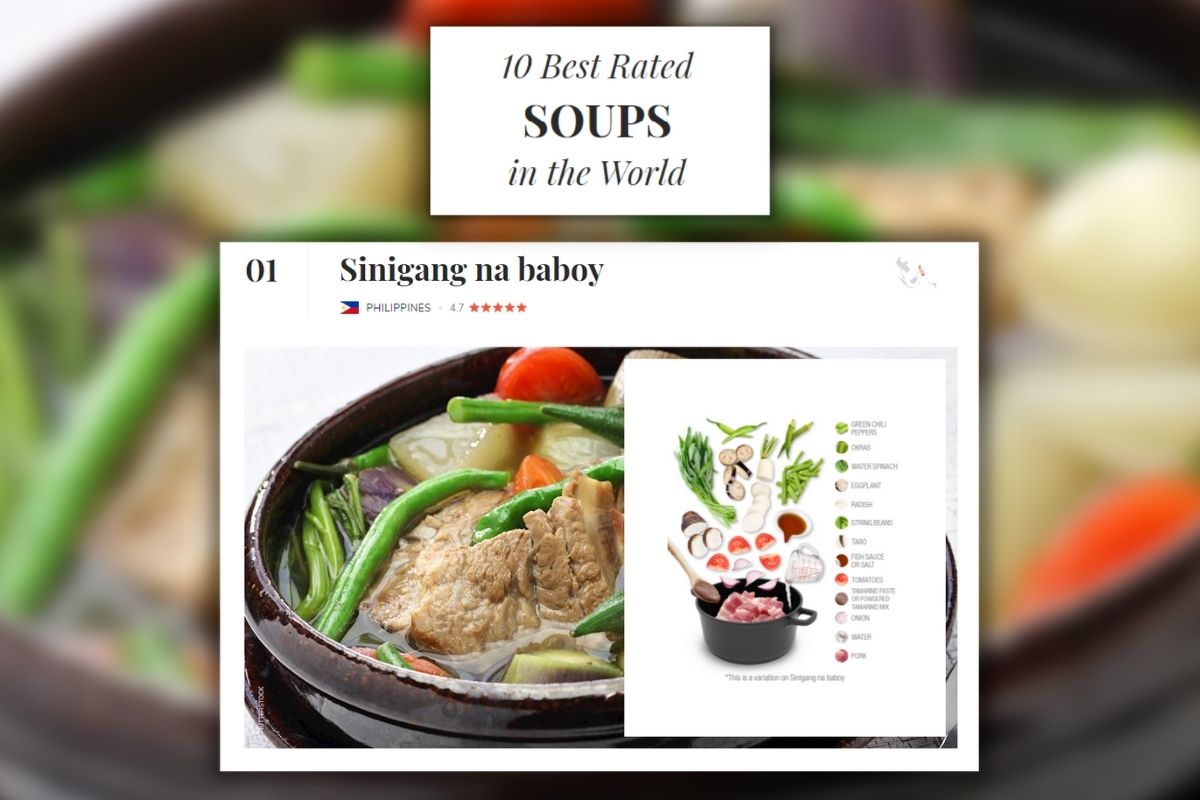 
The king of savory and sour, Sinigang na Baboy goes international as top 1 in the list of '10 Best Rated Soups in the World.'

Sinigang na Baboy, for the win!

Taste Atlas, according to the site, is a “world atlas of traditional dishes, local ingredients, and authentic restaurants.”

TasteAtlas described the dish as: "This variety of sinigang—Filipino savory and sour soup—consists of various pork cuts that are simmered along tamarind fruit. Tomatoes, onions, garlic, okra, white radish water spinach, and green long peppers are also commonly used for this soup."

Another Philippine dish made it into the list, which is Sinigang, with a rating of 4.6.

Sinigang is a general dish, which can be cooked with pork, fish, shrimp, milkfish, beef, or chicken.

As time passed, the dish became more popular and other variations of sinigang were developed. Most of the time the souring agent is changed from tamarind to guava or raw mango.

Check out the complete “10 Best Rated Soups in the World” list by TasteAtlas below: