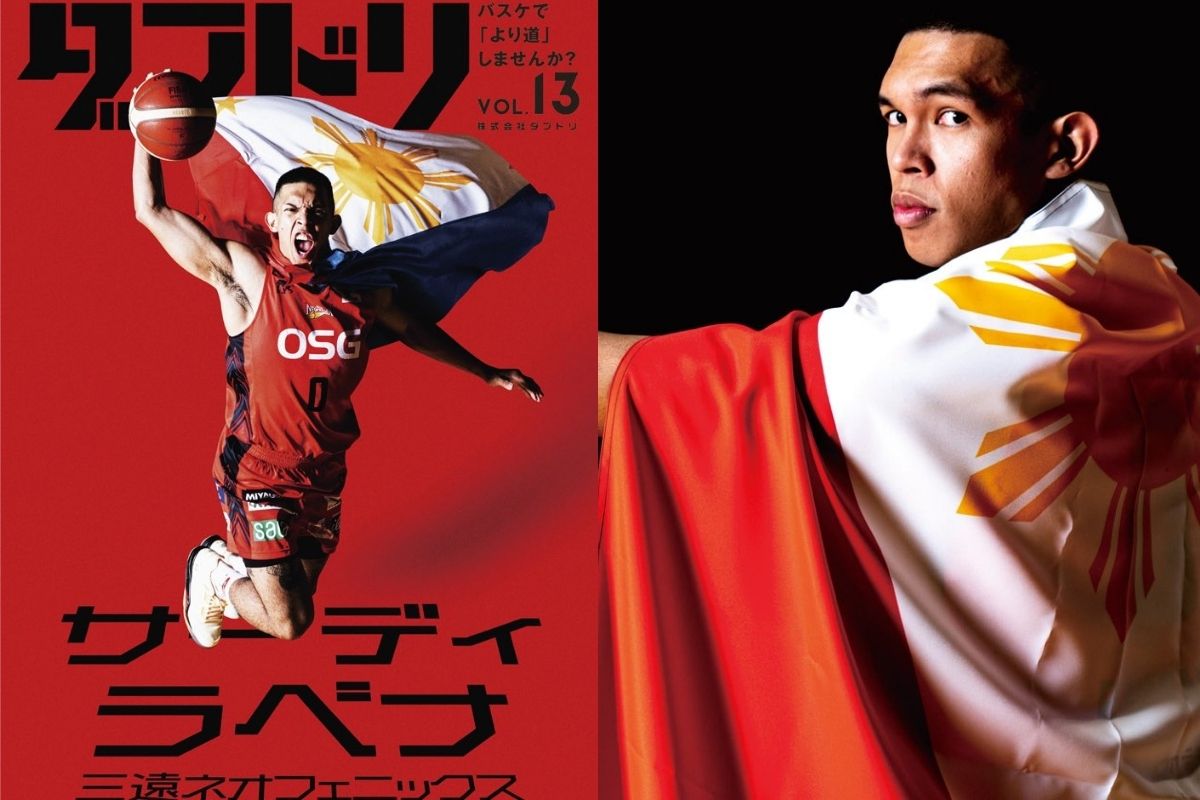 
Acknowledged as the pioneer for other Pinoy imports in the Japan B. League, Thirdy Ravena is, without a doubt, a basketball superstar in the hardcourt, both locally and internationally.

Filipino basketball wunderkind, Thirdy Ravena, proudly makes a name for himself in Japan as he bears the Philippine national flag as he graces the cover of an upcoming edition of the Japanese magazine, Dabudori.

The San-En NeoPhoenix star guard made it to the front cover of the Japanese publication’s 13th volume set to be released in February 2022. The cover features Ravena wearing the Philippine flag whilst sporting a fierce, winning dunking pose, a ball in hand.

Dabudori highlighted the star player as the pioneer for other Filipino imports in the big Japan B.League. The writeup was penned by Reo Onishi, a basketball writer who also translates several NBA-related books.

The magazine’s description reads as: “Last season, the young Philippine star player Thirdy Ravena joined B.LEAGUE, which had a great impact not only on Japanese basketball but also on Asian basketball. Partly, because of that, many Filipino star players have joined B.LEAGUE from this season. What does he feel at B.LEAGUE and what kind of evolution will he make as a pioneer?”

The issue of the magazine will be released in Japan on February 16, 2022.

Ravena continued his stint in Japan’s B. League after signing a contract extension with San-En NeoPhoenix for the new, upcoming season.