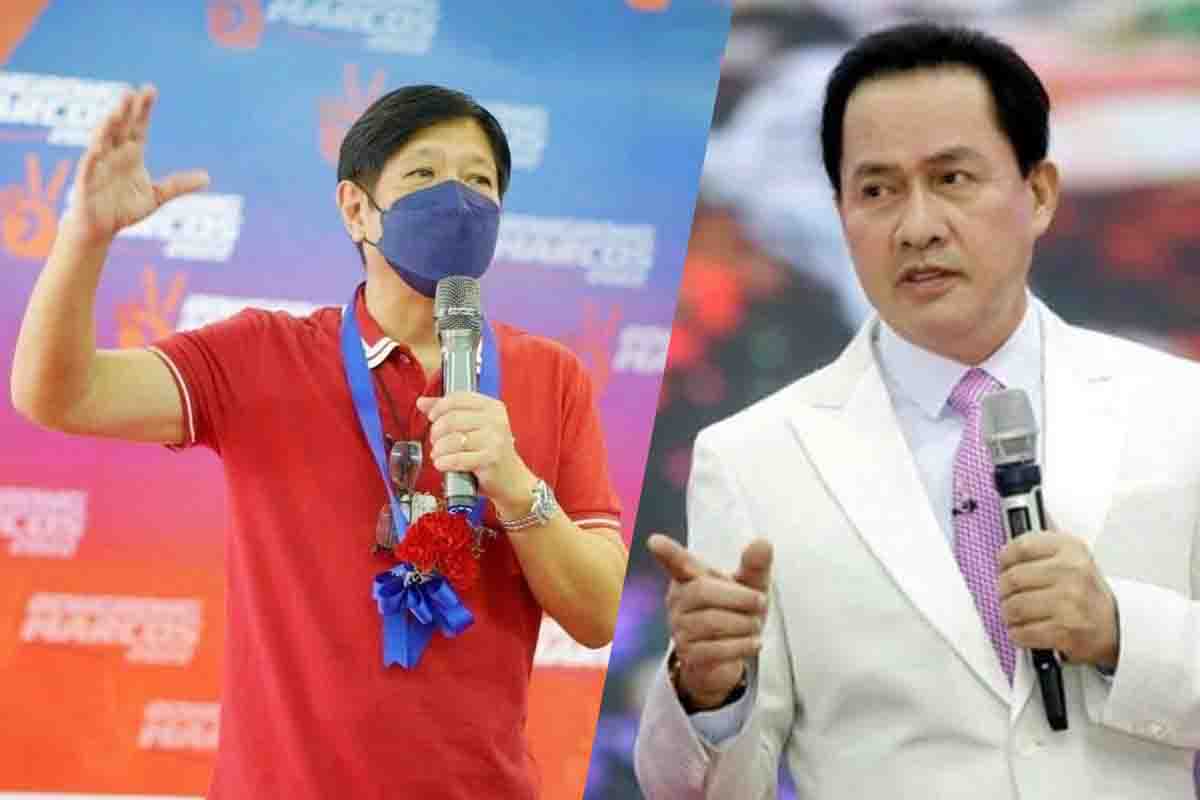 
Quiboloy maintained that the interview will only be biased as it had been paid to destroy Marcos Jr.

Quiboloy maintained that the interview will only be biased as it had been paid to destroy Marcos Jr.

The church leader then invited Marcos Jr. to join the SMNI debate instead.

Explaining why he opted not to join the interview, Marcos Jr.’s campaign said they regard the Soho to be “biased against the Marcoses.”

“Throughout her career, Ms. Soho has consistently been named the most trusted media personality in the Philippines by both local and foreign organizations, a testament to her embodying the GMA News and Public Affairs ethos: “Walang Kinikilingan, Walang Pinoprotektahan, Serbisyong Totoo Lamang,” part of the statement read. 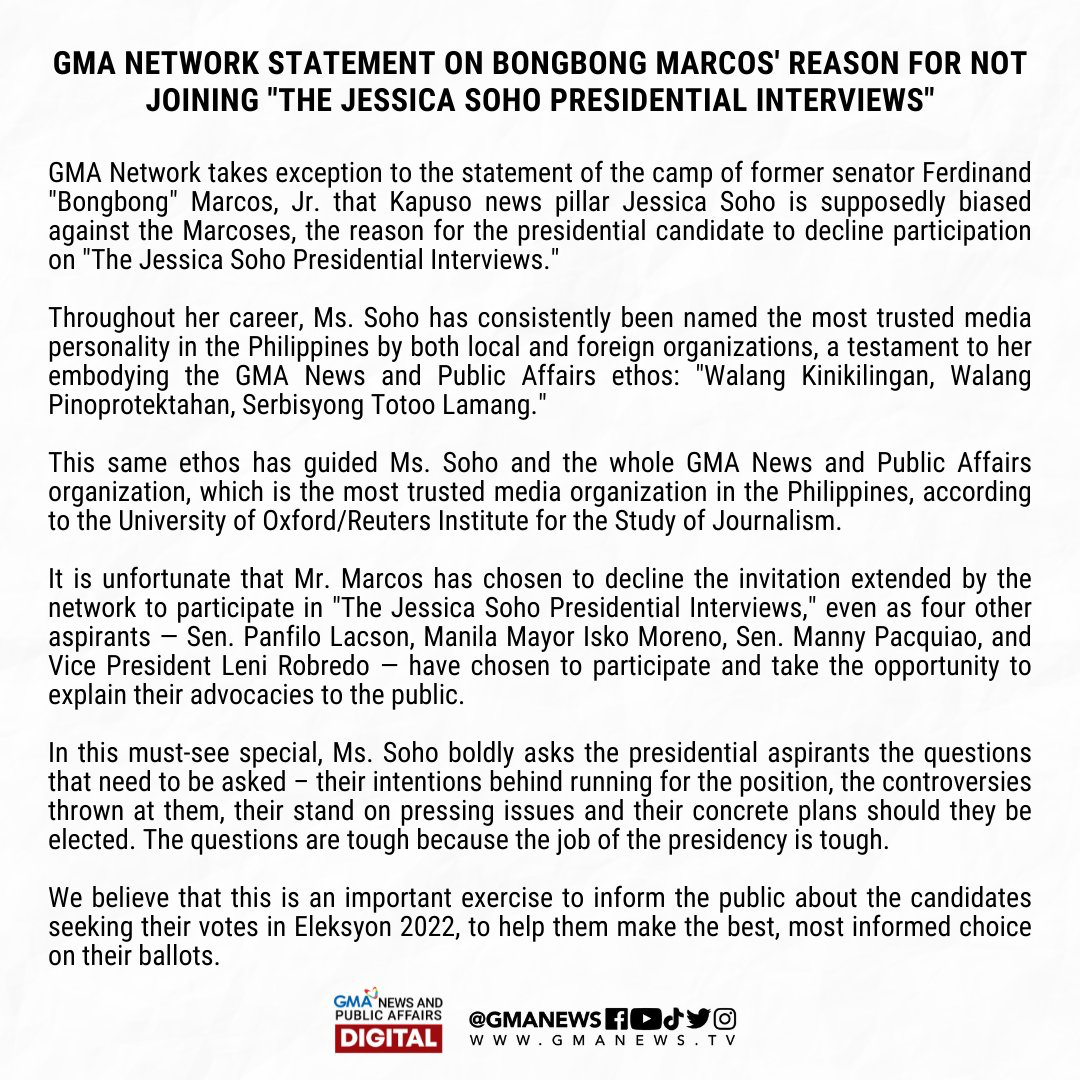