Did you know? Miss Nigeria's winning national costume was designed by a Filipino! 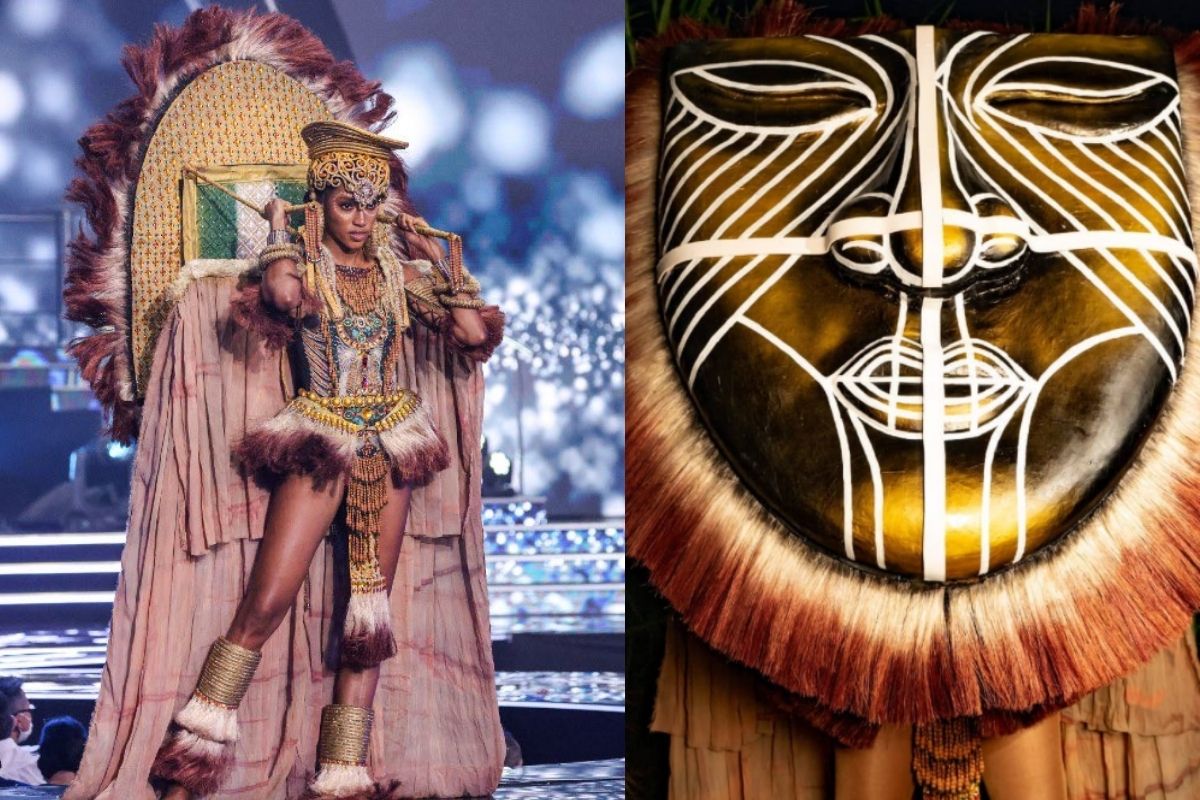 
Miss Nigeria’s spotlight-stealing national costume was proudly made and designed by a young Filipino designer from Isabela.

Miss Universe 2021 candidate Nigeria’s Maristella Okpala stole the spotlight during the national costume competition and snatched the title for being the best out of some 80 beauty queens from all over the globe.

Her costume was proudly designed and assembled by Filipino designer Kennedy Jhon Gasper, who took inspiration from “Mmannwa,” a famous traditional masquerade costume of a southeastern tribe in Nigeria, which aims to ‘celebrate the rich Nigerian cultural heritage paying attention to the strength women possesses.’

Made out of African beads, stones, and crafts, the colorful patterns and embellishments portray the African dashiki which ‘offers a visual appeal and forms meant to invoke the ancestral spirits,’ Kennedy wrote on Instagram.

The 3-foot tribal mask has a Mmanwa’s face boldly crested on the mask and the colorful ancient back cape.

Gasper added that he particularly picked the costume because he sees his reflection in the cause of the Mmanwa who protects children and women against any form of abuse. The costume also pays attention to the strong will of women in attaining whatever height they might want to attain, no matter the challenges that may come across them while reaching the goal.

The young Isabela-based designer shared his delight on social media after Miss Nigeria was declared the victor for the National Costume in the Miss Universe grand coronation night last December 13, Monday (Philippine Time).

Gasper shared photos of Miss Nigeria announcing to have won the Best in National Costume award, as well as behind-the-scenes photos when he was making the costume to celebrate the victory.

Gasper was also the one who notably designed the Miss Universe Cameroon 2020 Kossinda Angeles’ outstanding “Lioness” ensemble during the last Miss Universe pageant.

On Facebook, Gasper also shared a photo of the costume he designed as worn by Miss Nigeria and expressed his joy and disbelief. He thanked God, saying he couldn’t believe what happened and he was crying while hugging his mom.

Philippines’ representative Beatrice Luigi Gomez fiercely finished as part of the Final 5, but didn’t advance to make the Top 3 finalists. Filipinos all over the world cheered on, however, and congratulated her for the victory.