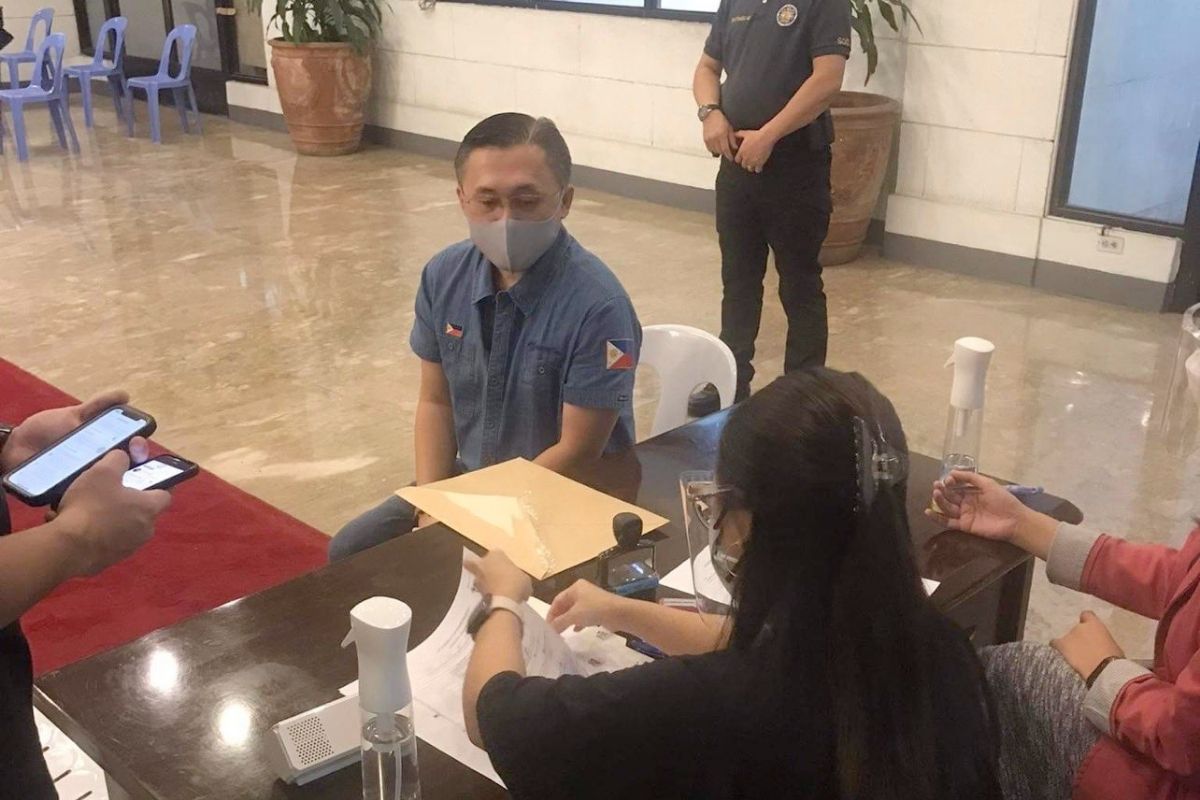 
Senator Bong Go went to the Commission on Elections (Comelec) office in Manila on Tuesday, December 14, to formally drop his presidential candidacy for the 2022 national elections.

Go announced his withdrawal from the presidential race two weeks ago, saying his heart and mind are in conflict with his actions.

He also said that his family did not approve of his candidacy for the national position.

Go was initially endorsed by the ruling party, PDP-Laban, as its presidential bet. However, in October, Go filed his certificate of candidacy for the vice presidency, while Senator Bato dela Rosa launched his bid for the presidency at the last minute.

During the substitution period in November, Go dropped his bid for VP and filed candidacy for president instead under a PDP-ally party. Dela Rosa, meanwhile, eventually withdrew from the presidential race as well.