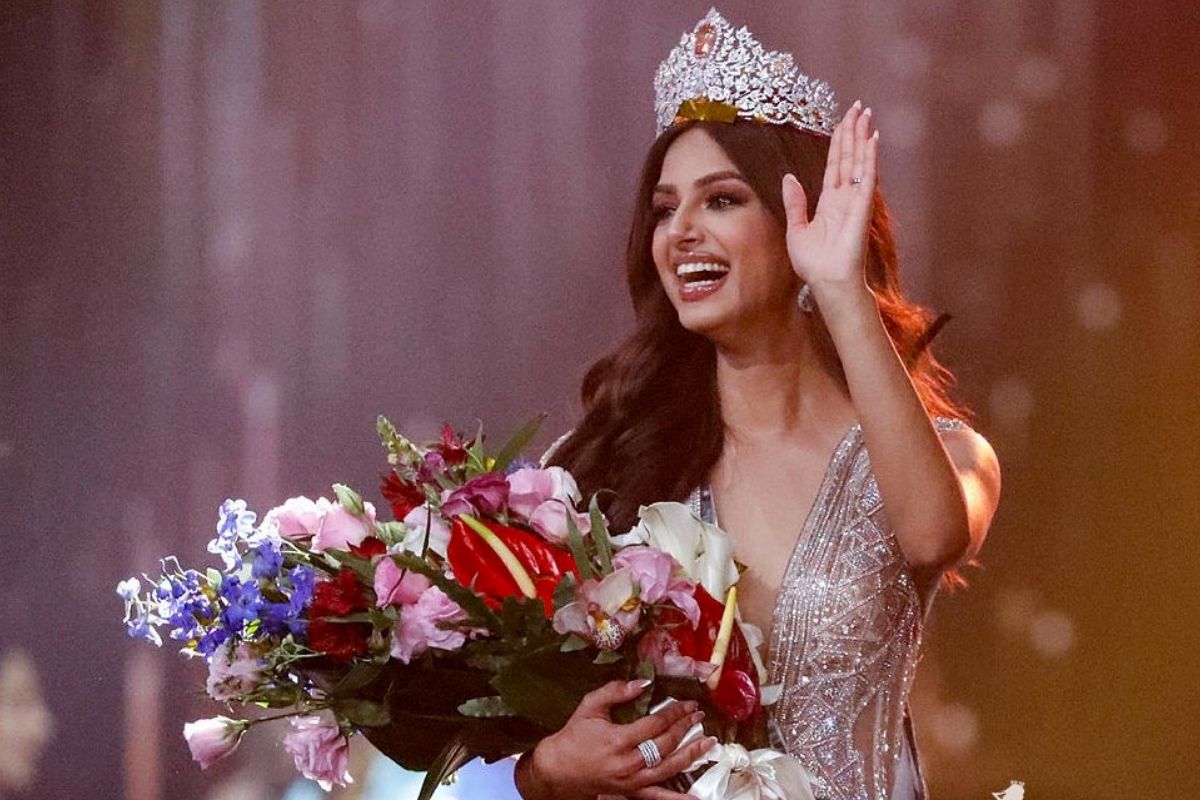 
The universe has gained a new queen! Congratulations to Miss India Harnaaz Kaur Sandhu for taking home the most coveted crown in the universe!

Former Miss Universe 2020 Andrea Meza of Mexico presented and passed on the Mouawad’s “Power of Unity” crown to Harnaaz.

India has won the title again 21 years after Lara Dutta bagged the crown back in 2000.

During the final question and answer portion for the top three finalists, the contestants were asked the question: “What advice would you give to young women watching on how to deal with the pressures they face today?”

To which Harnaaz answered, with conviction and confidence that won her the crown:

“The biggest pressure the youth of today is facing, is to believe in themselves. To know that you are unique makes you beautiful. Stop comparing yourselves with other and let's talk about more important things that are happening worldwide.

Come out, speak for yourself because you are the leader of your life. You are the voice of your own. I believe in myself and that’s why I’m standing here today.”

The 70th MISS UNIVERSE Competition is airing LIVE around the world from Eilat, Israel on @foxtv pic.twitter.com/wwyMhsAyvd

In the top 5 Q&A, she also tackled climate change. She impressed everyone with her simple and straightforward answer.

She was asked the question, “Many people think climate change is a hoax, what would you do to convince them otherwise?”

Final questions are here! The first to go is India. #MISSUNIVERSE

The 70th MISS UNIVERSE Competition is airing LIVE around the world from Eilat, Israel on @foxtv pic.twitter.com/xpPLfORQXA

Harnaaz responded, “My heart breaks to see how nature is going through a lot of problems, and it is all due to our irresponsible behavior. I totally feel that this is the time to take action and talk less. Because our each action could save or kill nature. Prevent and protect is better than repent and repair, and this is what I am trying to convince you guys today.”

She also possesses multiple pageant titles such as Femina Miss India Punjab 2019 and has starred in several Punjabi films. The young beauty is currently pursuing her Master’s degree in Public Administration.

In a report by Times of India, Harnaaz shared with Times Fresh Face 2021 her preparation for representing India in her journey to vie for the Miss Universe title. She said she’s the only candidate who had the shortest time to prepare, but she noted how her team has put a lot of effort to bring the best version of India.