‘Arisaka’ is coming to Netflix this December 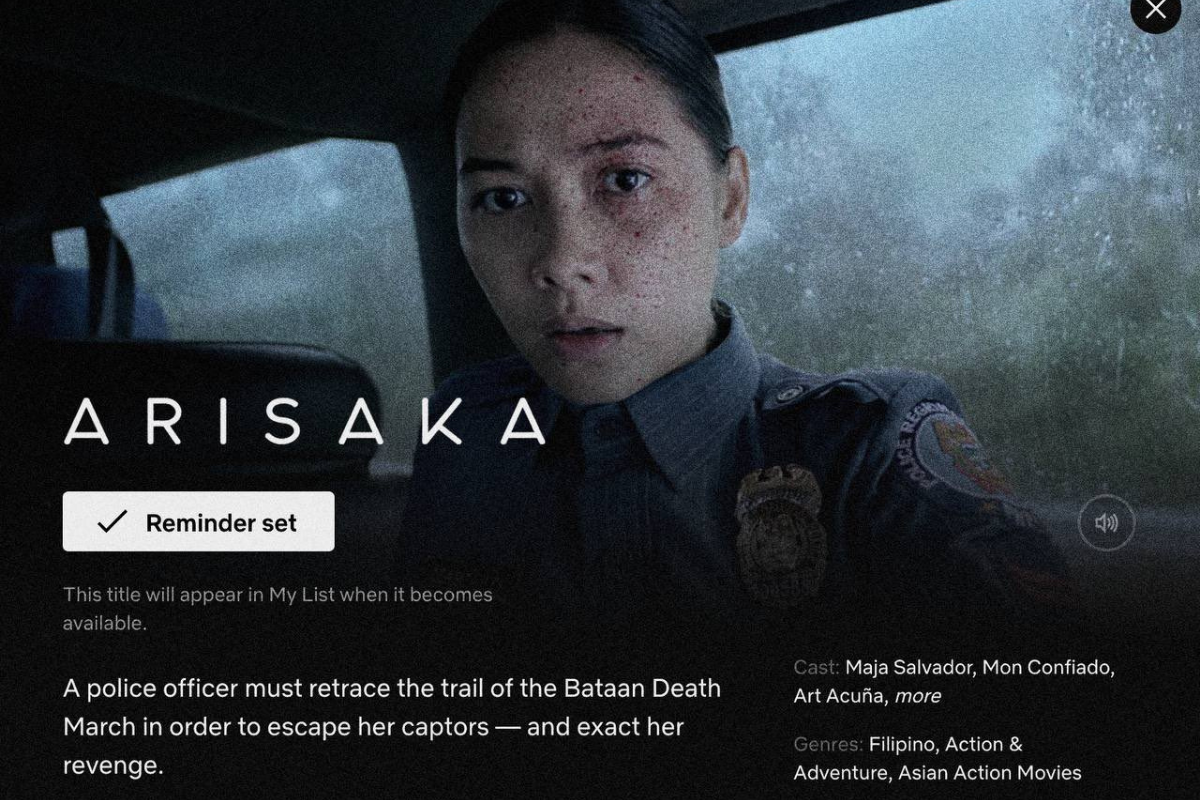 The film stars Maja Salvador and Mon Confiado, following the story of Mariano, a policewoman who is retracing the Bataan Death March, escaping her captors who are hunting her down.

Arisaka is Mikhail Red’s premiered at the Tokyo International Film Festival in November and is his fourth film to stream on Netflix following Birdshot, Eerie, and Dead Kids.