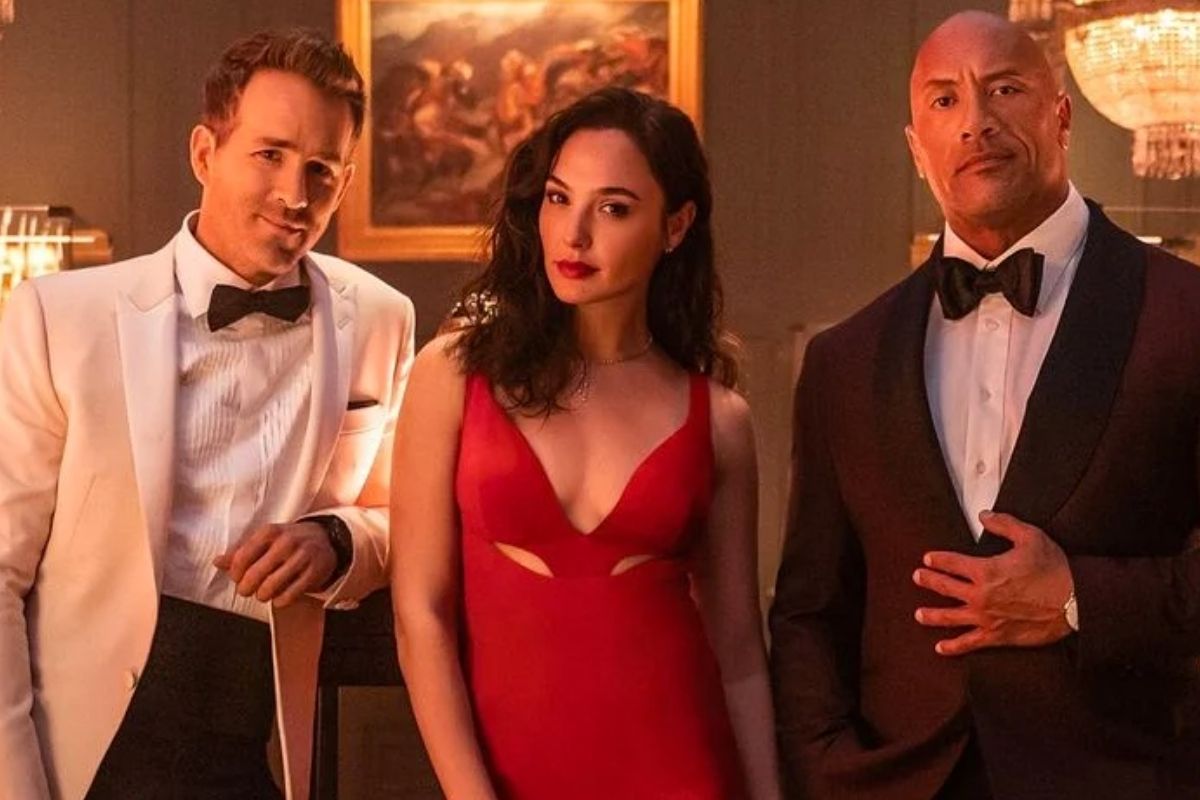 
‘Red Notice’ is now in its third week as Netflix’s Top 1 most viewed film in its Global Film Chart, taking over 'Bird Box.'

The star-studded film stars A-listers Dwayne ‘The Rock’ Johnson, Gal Gadot, and Ryan Reynolds as its main characters. It follows the story of an FBI agent named Hartley (Johnson), who worked together with the art thief named Booth (Reynolds), to catch The Bishop (Gadot). It was directed by Rawson Marshall Thurber, who’s also known for their direction of box-office hits ‘Skyscraper’ and ‘Central Intelligence.’

‘Red Notice’ had a budget of $200 million, which was covered with the best debut for an original in the platform’s history. With its huge success, a sequel between Netflix and Thurber is now in the talks of shooting not just one, but two sequels back to back.

The new film becomes another one of a film that needs not to be too high in quality to be popular. One of the biggest contributing factors in the movie’s fame is its cast, with the three main leads featuring performances similar to their performances that made them popular most particularly for superhero fans, with Gadot and Reynolds as Wonder Woman and Deadpool, respectively. 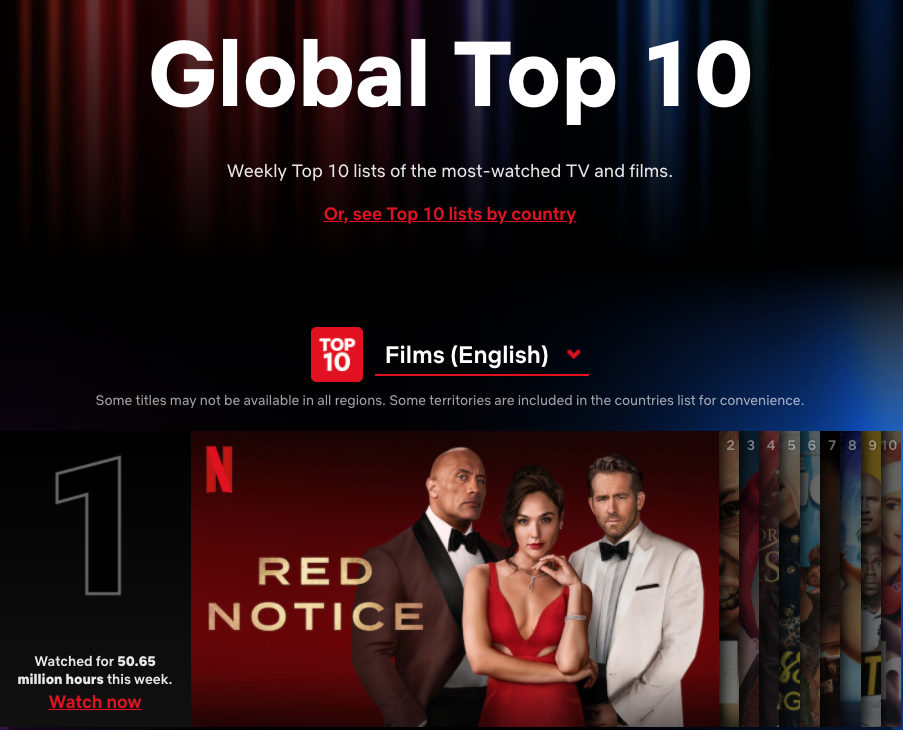 While the ‘Red Notice’ notably received low ratings from critics with a 35% in Rotten Tomatoes, it was well-received by audiences, with its light-hearted humor and the story’s fast-paced progress making it easier for casual viewers to enjoy.

Other films included in Netflix’s weekly Top 10 list include Halle Berry’s debut as a director, ‘Bruised,’ and ‘A Boy Called Christmas.’ Coming in fifth is the third installment of Vanessa Hudgens’ royal adventure, ‘The Princess Switch 3 Romancing the Star.’