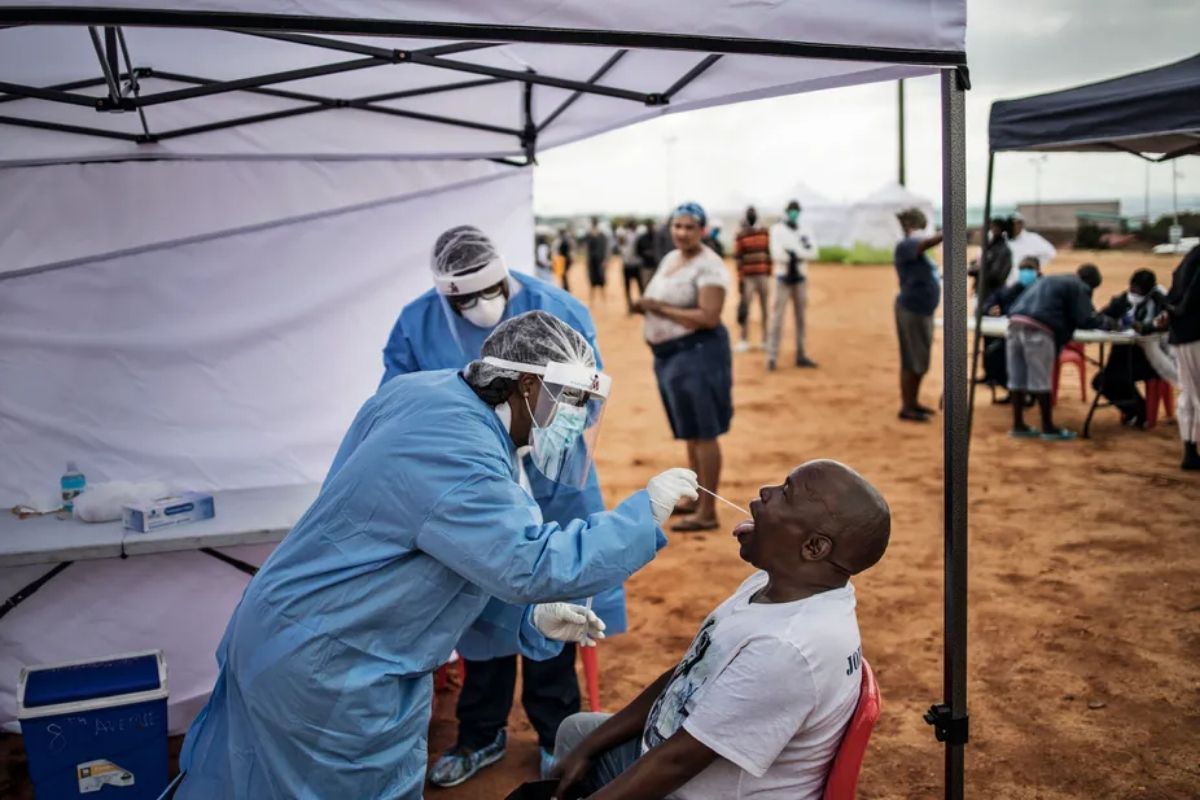 
A new, heavily mutated COVID-19 variant has been found in South Africa and scientists are figuring out its potential implications.

According to Tulio de Oliveira from the Network for Genomic Surveillance in South Africa, the new strain, called B.1.1.529, has “a constellation of new mutations” and is potentially spreading very fast.

De Oliveira said the new strain has 50 mutations in total with over 30 on the spike protein. In a briefing on Thursday, South African experts said the several mutations are “concerning for predicted immune evasion and transmissibility.”

The new variant has also been found in Botswana and Hongkong in travellers from South Africa, the expert said.

The country’s health ministry is expecting a rise in cases as the novel variant is spreading quickly in the province of Gauteng where the South Africa’s largest city, Johannesburg is located.

“Especially when the spike happens in Gauteng, everybody travels in and out of Gauteng from all corners of South Africa. So it’s a given that in the next few days, the beginning of rising positivity rate and numbers is going to be happening,” Health Minister Joe Phaahla said.

The World Health Organization (WHO) is set to convene to discuss the potential effects of the mutated virus.

“We don’t know very much about this yet. What we do know is that this variant has a large number of mutations. And the concern is that when you have so many mutations, it can have an impact on how the virus behaves,” WHO technical lead on COVID-19 Dr. Maria Van Kerkhove said.