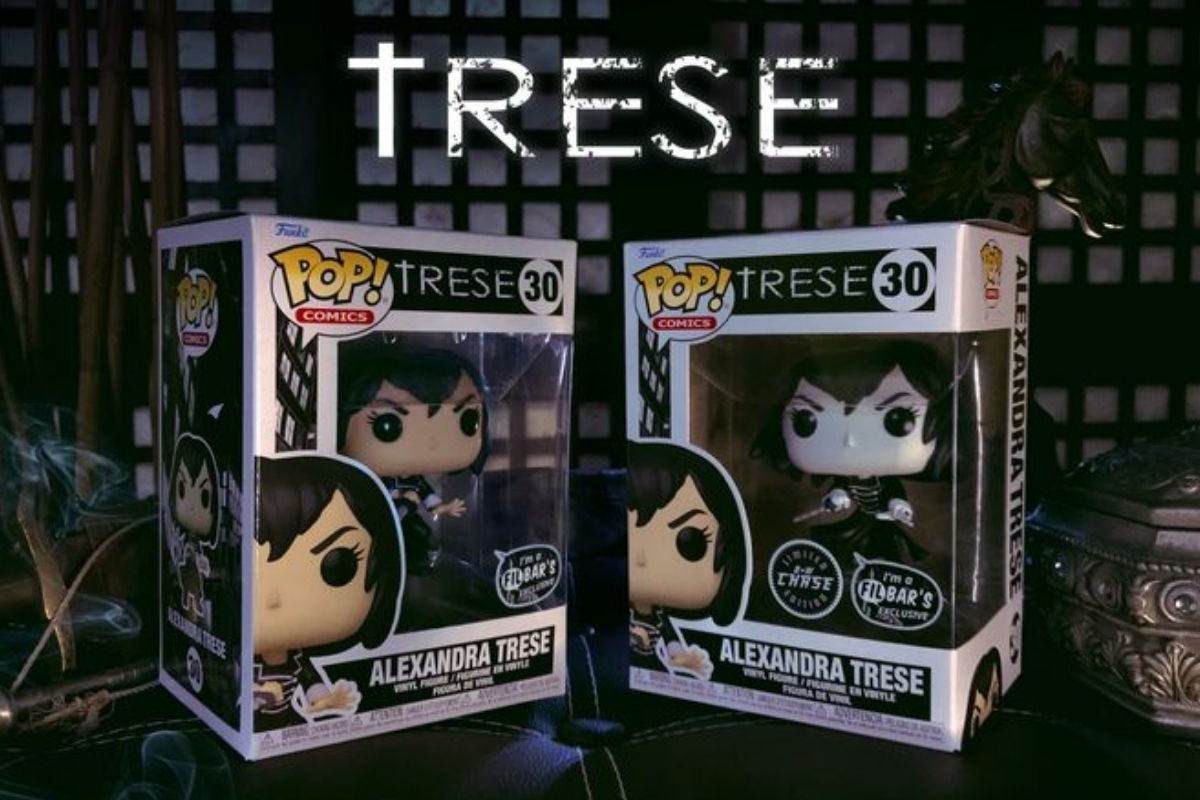 
Filipino komiks protagonist Alexandra Trese now has her own Funko Pop, plus a limited edition black and white Chase!

Award-winning Filipino comic book series based on Philippine mythology, 'Trese,'  was released as a graphic novel series in 2005 by Budjette Tan and Kajo Baldisimo. It is set in the fictional version of the Philippines, where mythological creatures live amongst humans.

The novel series was published by ABLAZE Publishing, and later on, adapted into a Netflix original anime.

The Alexandra Trese collectible vinyl figure comes in two versions, including a regular colored figure and a limited edition “Black and White Chase” figure, which is included in the six-piece bundle of ‘Trese’ Funkos.

A limited edition black and white Chase of the Trese-based Funko pop captures the original, black and white image of the character as visualized in the comics illustrated by Kajo Baldisimo.

The limited edition black and white Trese Chase figure can only be purchased as part of the six-pack bundle, which includes five regular Alexandra Trese and one Chase.

Filbar’s Online has released a list of guidelines that customers should follow if buying the upcoming Trese collectibles.

This isn’t the first time that Funko has created a Funko based on some of the most iconic Philippine figures. The leading pop culture consumer company has so far produced Philippine-exclusive Pop! figures including fast-food mascot Jollibee, comics heroine Darna, Pinoy boxing icon Manny Pacquiao, Filipino-American comedian Jo Koy, as well as mythical creatures like the White Lady, Aswang, and Siyokoy.

“We’re ecstatic that Funko has collaborated with us to bring this fan-favorite comic character into the Pop! multiverse. Trese fans have been clamoring for a Trese Pop! for many years now,” said Jacob Cabochan, co-owner of Filbar’s, the Philippines’ oldest chain of comic and collectibles stores.

'Trese' writer and co-creator Budjette Tan also recalled how many fans have made their own custom Trese Pop! figures.
It’s great to finally have the official figure which will provide protection from Aswang… well, maybe it will,” Tan said.

“This is for the fans who have always wished for their own little Trese figure,” Trese artist and co-creator Kajo Baldisimo added. “May it constantly remind them of the magic of the comics.”

Philippine comic book retailer Filbar’s announced on their Facebook page that the 'Trese' Pop! will be available exclusively at Filbar’s physical shops, as well as their online store shop.filbars.online beginning Saturday, November 27, 2021.