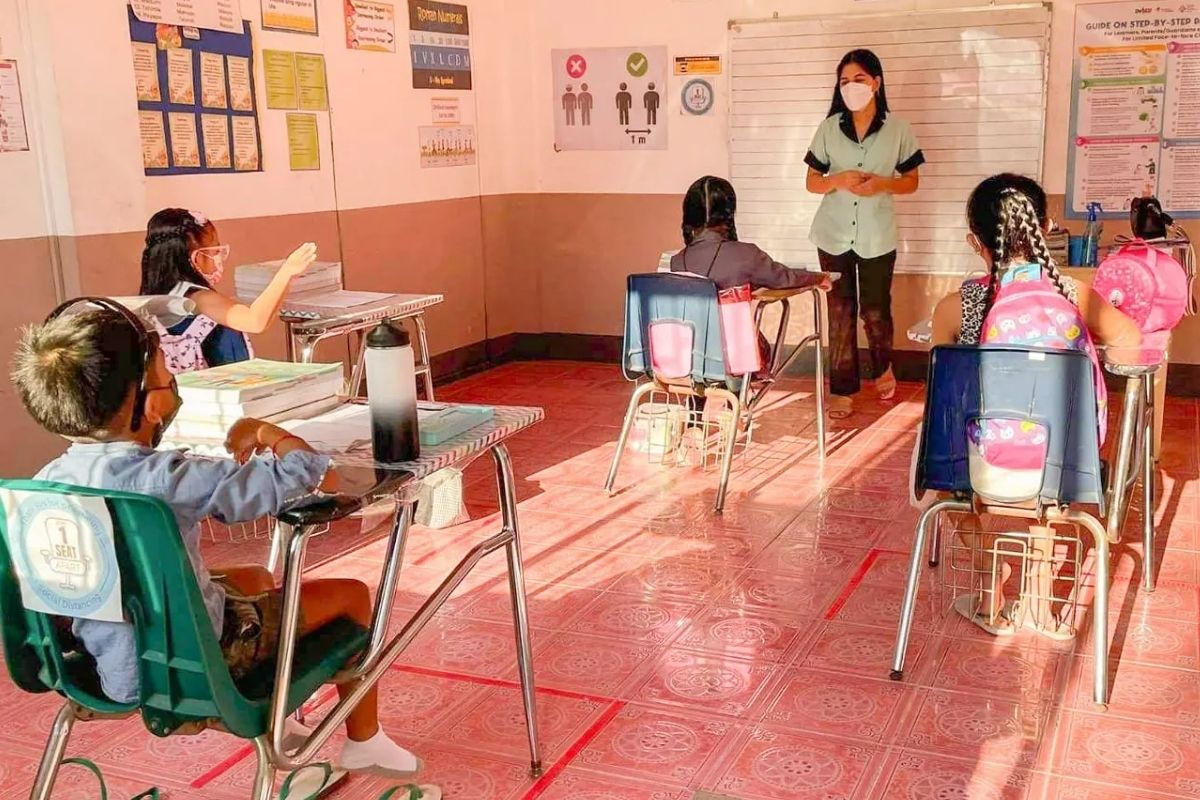 
There are currently no reported cases of COVID-19 infections on schools participating in DepEd’s pilot limited physical learning.

The Department of Education (DepEd) has so far reported no cases of COVID-19 infection in its currently ongoing limited face-to-face classes held in select areas and educational institutions.

However, the agency noted that participants face challenges when it comes to strictly following health protocols in classrooms.

In a briefing held Tuesday, DepEd Assistant Secretary Malcolm Garma reported that about 7,324 Filipino students returned to public schools for the first time since the pandemic hit the country.

According to Garma, no infections have been tallied in the 56 public schools that passed their reports to the agency,

However, he noted that some students had exhibited COVID symptoms, namely: eight students with fever, one with a sore throat, and 76 students with cough and colds.

Additionally, the official said one school personnel also reportedly had coughs and colds, while one visitor had a fever.

Meanwhile, the DepEd official noted that some students inside the classroom have the tendency to take their face masks once in a while, especially among Kindergarten students.

He said that it is expected because the students are probably still not used to it.

“This is one of the things we want to integrate in face-to-face learning,” he said.

He added that some students also forget to adhere to physical distancing protocols, as there are times they go near their classmates.

Garma appealed to local government authorities to ensure individuals wear their masks outside classrooms, as well. The authority noted that some visitors sometimes also forget to log in for contact tracing purposes. He said that adults should set an example for children when it comes to following protocols.