“Some things are not meant to be”: Alodia Gosiengfiao confirms split with Wil Dasovich 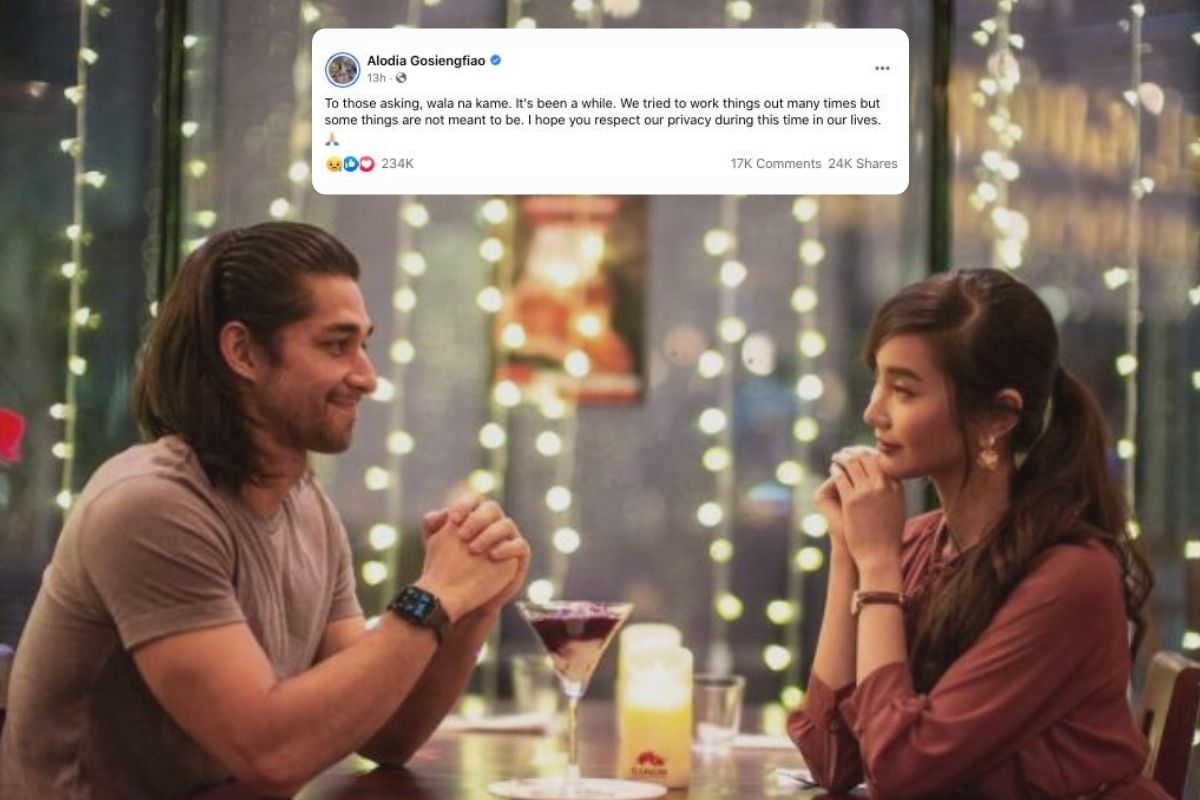 Alodia and Wil have called it quits. Photo courtesy of Wil Dasovich (@wil_dasovich) on Instagram, screengrabbed from Alodia Gosiengfiao on Facebook | SAGISAG PH


Alodia Gosiengfiao and Wil Dasovich are no longer together, Alodia confirmed on Sunday.

Famous cosplayer Alodia Gosiengfiao confirmed on Sunday, November 14, that she has ended her relationship with television personality and travel vlogger Wil Dasovich.

Gosiengfiao broke her silence and posted a statement on her official Facebook page.

“To those asking, wala na kame. It's been a while,” she wrote.

After over 3 years of being in a relationship, she revealed they “tried to work things out many things, but some things are not meant to be.”

“I hope you respect our privacy during this time in our lives,” the cosplayer and vlogger added.

Alodia and Wil first revealed their relationship in February 2018 through a video titled, “The Truth About My ‘Fake Relationship.’”

As of writing, Dasovich has not addressed the news and has yet to release a statement.