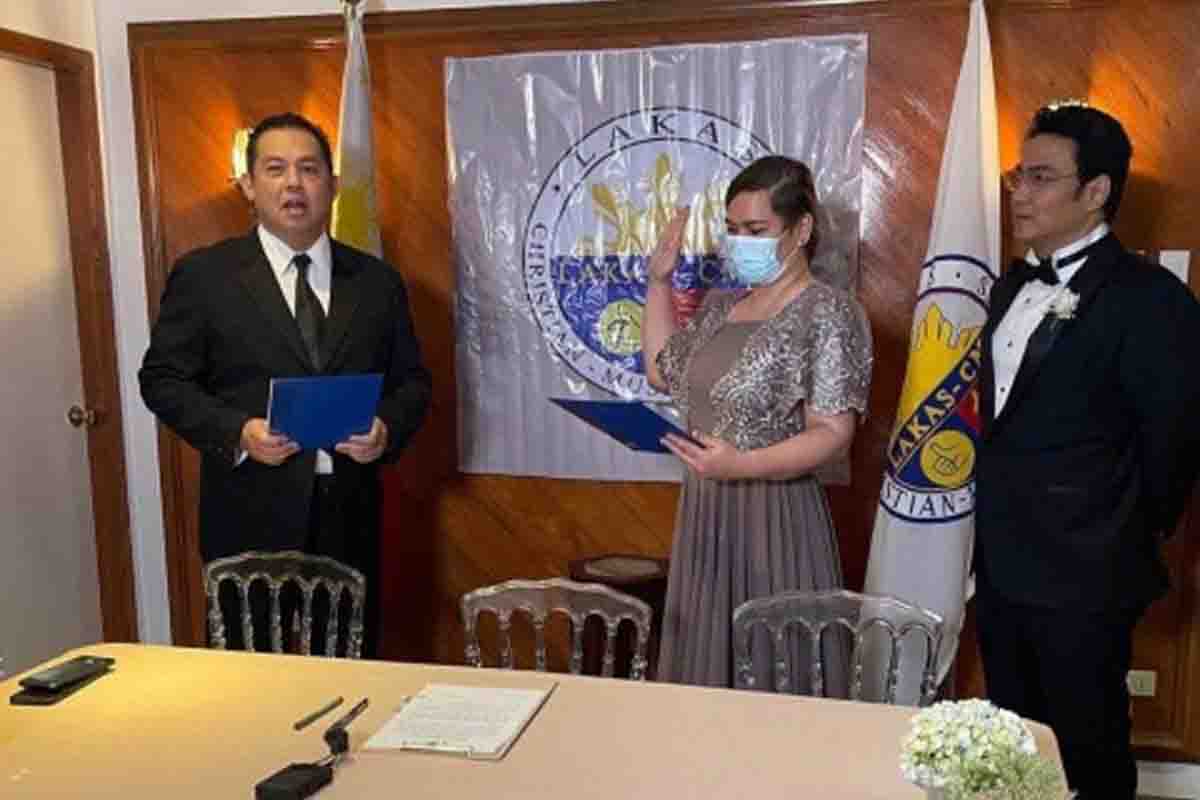 
From wedding to oath-taking.

At exactly 6 P.M. on Thursday, Nov. 11, Mayor Sara took an oath as a member of the party at the Revilla Farm in Silang, Cavite. Present in the oath-taking ceremony are party president House Majority Leader Martin Romualdez and party chairman Senator Ramon “Bong” Revilla Jr., whose daughter got married at the venue earlier that day.

In a statement, Romualdez welcomed Mayor Sara as a new member of the party.

“We had long been inviting Mayor Inday to join our party as we are all impressed with her sterling qualities as a leader and we saw up close her exemplary work ethic as chief executive of Davao City,” he said in a statement.

Moreover, the Mayor’s latest moves further sparked speculations that she will be running for a national post in the upcoming 2022 elections.

Lakas-CMD’s current presidential and vice presidential candidates are its executive director Anna Capela Velasco and member Lyle Fernando Uy. However, the party’s secretary general House Deputy Speaker Prospero Pichay Jr. earlier said that the mayor would be their “priority” if she opts to run for president.

The deadline for substitution of candidates is on Monday, November 15.