8,000 BBM supporters join "the longest motorcade" in the country— organizers 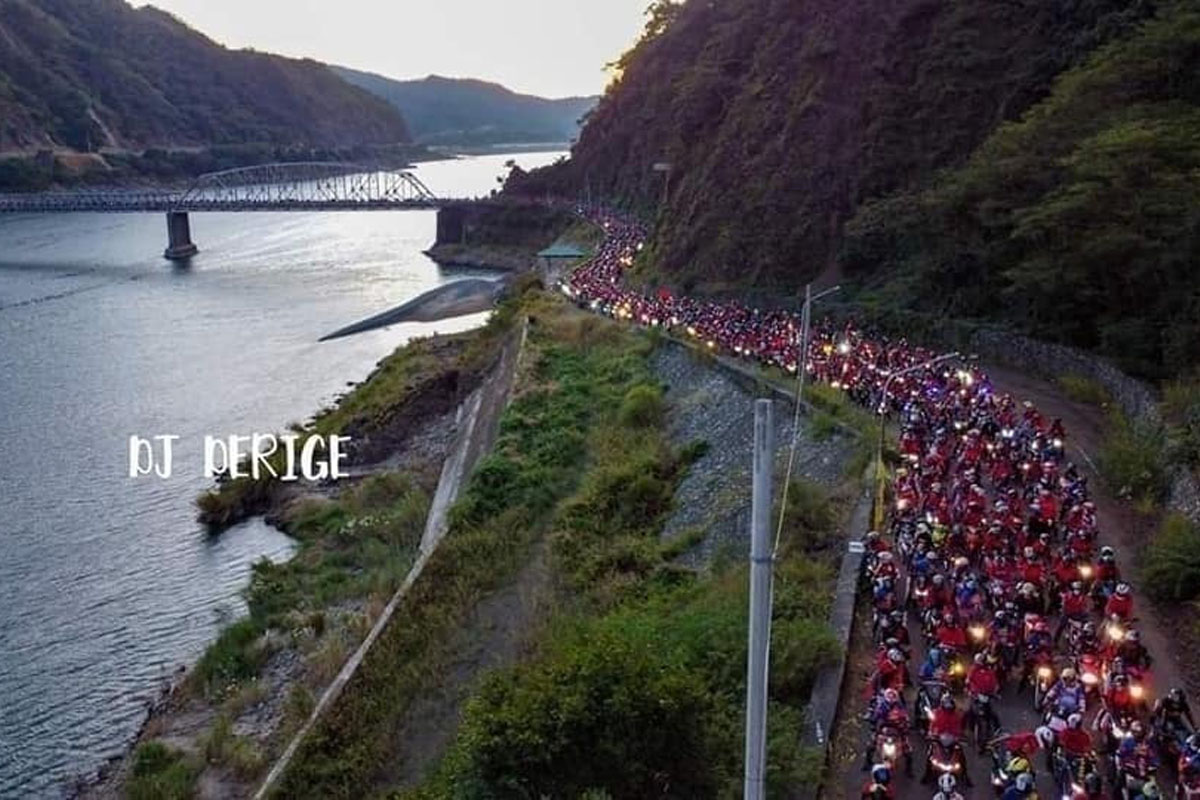 
About 8,000 supporters of presidential aspirant and former Senator Ferdinand “Bongbong” Marcos Jr. gathered on Sunday, Nov. 8 and held “the longest motorcade” in the country, organizers claimed.

About 8,000 supporters of presidential aspirant and former Senator Ferdinand “Bongbong” Marcos Jr. gathered on Sunday, Nov. 8 and held “the longest motorcade” in the country, organizers claimed.

The motorcade reportedly spanned more than 125 kilometers and covered towns and cities in the two districts of Ilocos Sur, from the northern town of Sinait to the south in Tagudin.

According to Bongbong Marcos Ilocos Sur Advocate (BBM-ISA) coordinator Kervin King, about 5,400 joined the motorcade, 80 percent of which were motorcycles.

Another event organizer, provincial board member Efren Rafanan said the caravan lasted for 6 hours— from 6 am until 12 noon, and that the caravan "exceeded and doubled the expectation of 4,000 participants."

On Facebook, Marcos Jr. thanked his supporters who joined the motorcade.