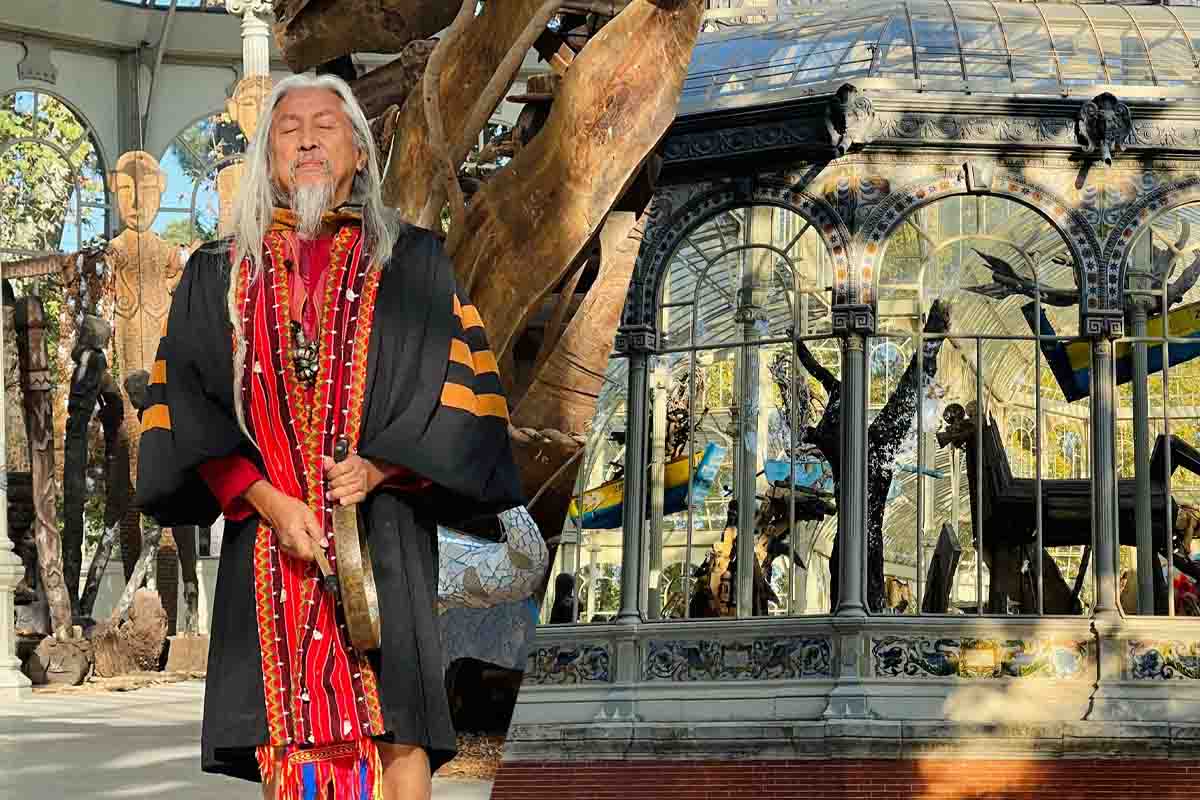 The exhibit, called “Magallanes, Marilyn, Mickey and fray Damaso. 500 years of Rockstar Conquerors”, showcases historical Filipino art by the artist. It can be viewed by the public for free from October 29 to March 6, 2022.

“In this project, Tahimik, reviews the past of the Crystal Palace (built on the occasion of the General Exhibition of the Philippine Islands in 1887) the history of colonialism in the Philippines and the influence of cultural imperialism today,” the  Crystal Palace of the Retiro Park wrote on Facebook, Oct. 28.

“The sample is articulated through a large epic scenario composed of three sculptural sets that refer to so many other key moments in the history of colonialism in the Philippines,” it added.

A native of Baguio City, Kidlat Tahimik is a film director, actor, screenwriter, and producer. He is dubbed as the “Father of the Philippine Independent Film.”