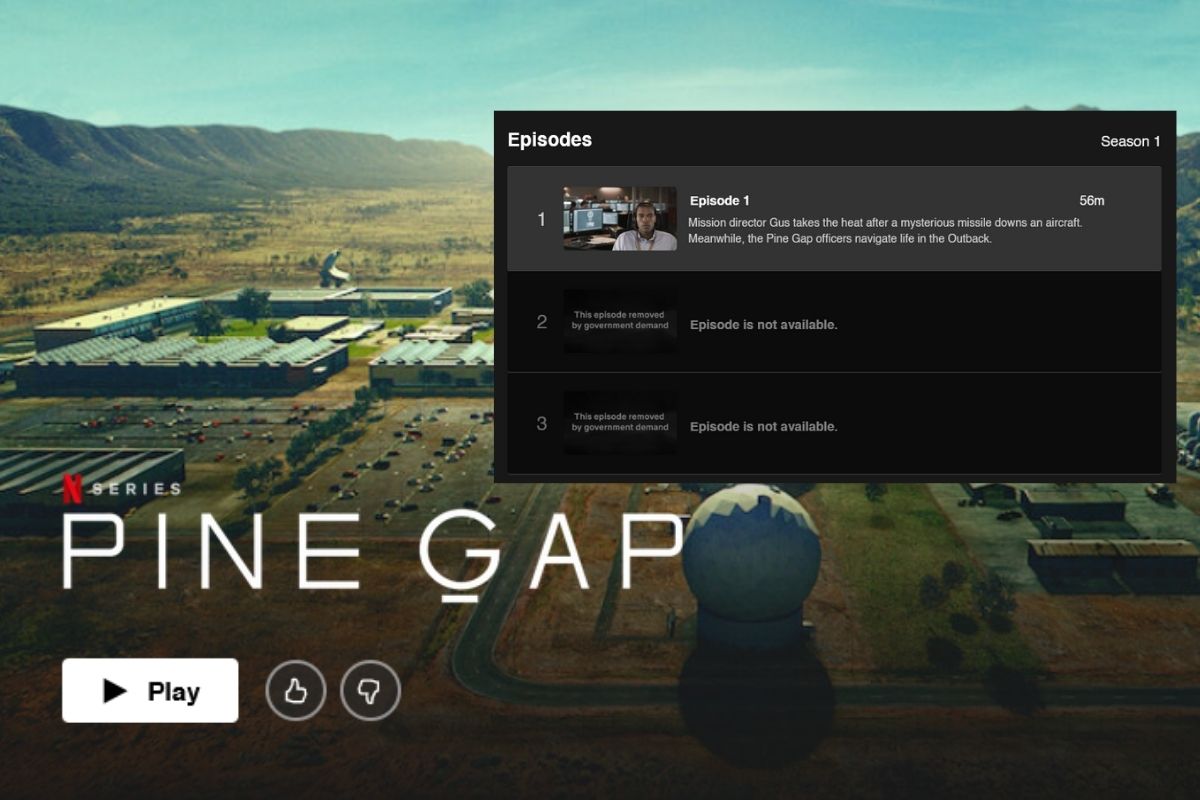 
The Movie and Television Review and Classification Board (MTRCB) ordered Netflix to remove two episodes of the Australian series “Pine Gap” for depicting a map with China’s nine-dash line.

The Department of Foreign Affairs (DFA) lodged a complaint on the Netflix series, noting that the show violated the Philippines’ sovereignty. Following the agency’s protest, the MTRCB handed down its decision to pull out certain episodes of “Pine Gap” on its platform.

“After a thorough review, the Board ruled that certain episodes of “Pine Gap” are “unfit for public exhibition.” The MTRCB also ordered the immediate pull-out of relevant episodes by its provider, Netflix Inc, from its video streaming platform,” DFA said in its official statement.

Episodes two and three of the political series are no longer available on Netflix, with the thumbnail reading: “This episode removed by government demand.”

MTRCB’s ruling noted that the depiction of the demarcation line “is no accident as it was consciously designed and calculated to specifically convey a message that China’s nine-dash line legitimately exists.”

“Such portrayal is a crafty attempt to perpetuate and memorialize in the consciousness of the present generation of viewers and the generations to come the illegal nine-dash line,” the ruling read.

It added that the series is China’s approach to “gain upper hand” in the territorial dispute in the South China Sea/West Philippine Sea.

The Philippines abides by the international court ruling in 2016, which invalidated China’s nine-dash line. The landmark decision affirmed Manila’s sovereign rights over the disputed waters; however, Beijing refuses to recognize the ruling.

In July, Vietnam, which also asserts claims over the waters, likewise ordered Netflix to pull out “Pine Gap” in its platform for similar reasons.