1983 letter from Oxford says BBM did not complete his degree 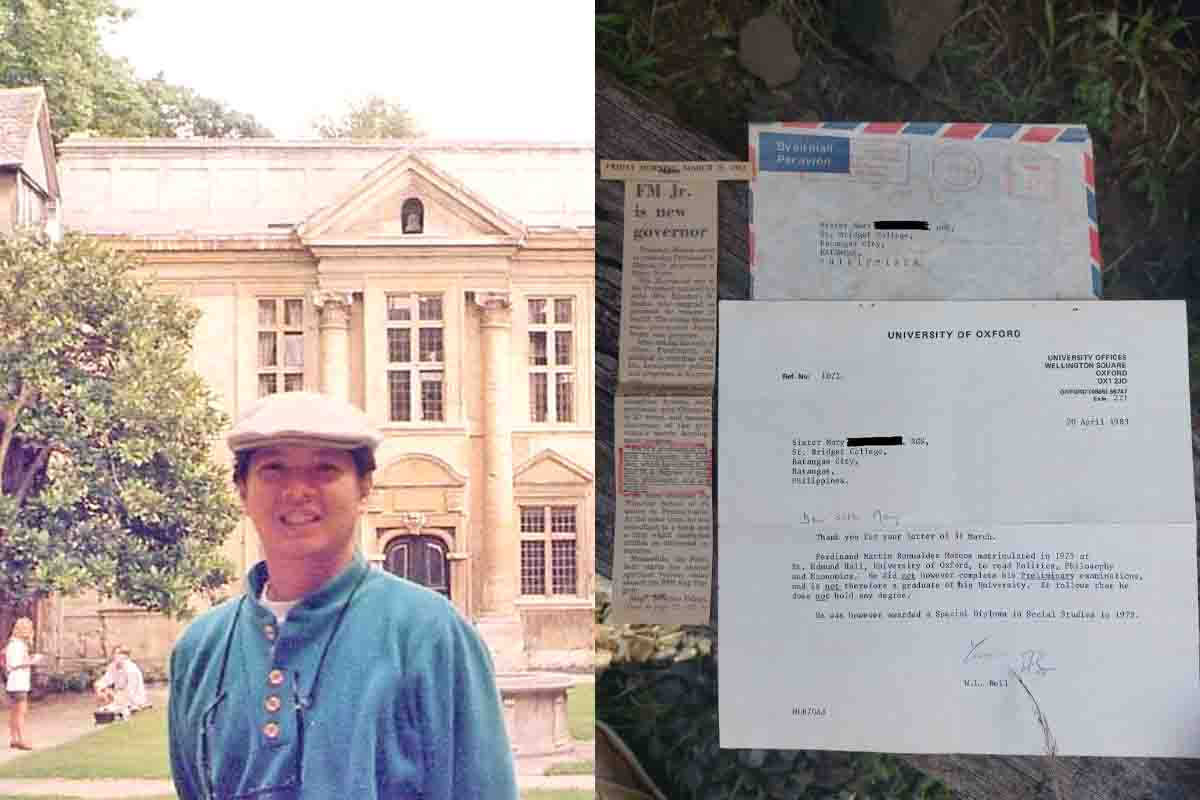 1983 letter from Oxford says BBM did not complete his degree. | SAGISAG PH


In the past week, the educational attainment of Presidential aspirant former Sen. Ferdinand “Bongbong” Marcos Jr. became the hottest issue in all Philippine social media.

To get to the bottom of things, several Filipinos took their chances and directly asked Oxford via email, to which the university’s information compliance team responded, “We can confirm that a Ferdinand Marcos matriculated at the University of Oxford in 1975 to read for a BA in Philosophy, Philosophy and Economics. According to our records, he did not complete his degree, but was awarded a Special Diploma in Social Studies in 1978.”

In hopes to “contribute to a more factual dialogue concerning the future of our country in the light of the coming May 2022 election,” the Religious of the Good Shepherd in the Philippines shared on Facebook a letter from University of Oxford.

The letter, dated April 20, 1983, was addressed to one of the Good Shepherd sisters as a reply to her query regarding the veracity of the Marcos Jr.'s credentials, who at that time assumed the role as governor of Ilocos Norte.

“While on retreat that time, she saw a news clipping that deeply disturbed her and prompted her to send a letter to Oxford,” the post read. “As a religious congregation with ministries in education and residential care for children and women, we owe it to our students and youth to know the facts. We urge the public to engage in meaningful conversations while maintaining an objective allegiance to the truth.”

The international congregation also reiterated that “the issue is not the educational attainment but the value of honesty that we expect no less with anyone aspiring for the highest position of power in our country.”

The presidentiable’s camp previously said that BBM “has always been forthright on his conferment of a special diploma in social studies” and that he “has never misrepresented his Oxford education.”