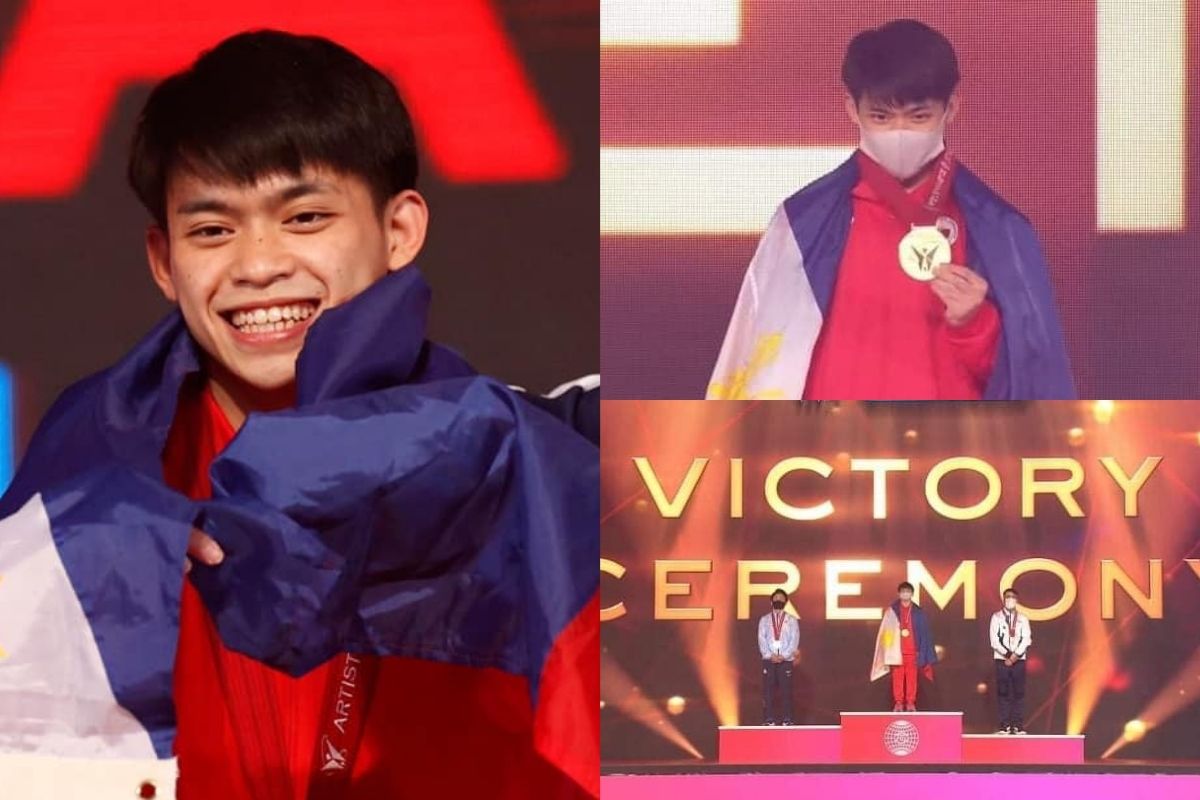 
Golden boy Carlos Yulo is back at it again.

Renowned Filipino gymnast Carlos Yulo has won the gold medal in the vault event at the men's apparatus finals at the 2021 Artistic Gymnastics World Championships, held on Sunday at the Kitakyushu City General Gymnasium in Kitakyushu, Japan.

He averaged a total of 14.916 points after two attempts in the vault final and bested seven other athletes after his flawless delivery of a Kasamatsu double twist and a Dragulescu.

He also bagged a silver medal in the men's parallel bars final, making him the first Filipino to bag multiple medals in the world championships.

Yulo’s wins in the World Championships served as a powerful comeback after not being able to make it to the Tokyo 2020 Olympic final on the floor exercise.

He failed to reclaim the title in the recent event held on Saturday, wherein he incurred a 0.300 deduction. He placed fifth place with a final score of 14.566.

To become the best version of himself

He expressed his joy upon knowing that he had won the gold medal in vault exercises. The 21-year-old athlete also revealed that his gold medal victory had coincided on a special day, which is his sister’s birthday.

Additionally, he said he was focusing on the parallel bars routine and was happy to share that he did well in his performance.

“I was really happy about my performance. But in parallel bars, I was a little bit scared while doing it,” Yulo confessed. “I was not nervous, but I managed to finish second and I’m really happy.” He added.