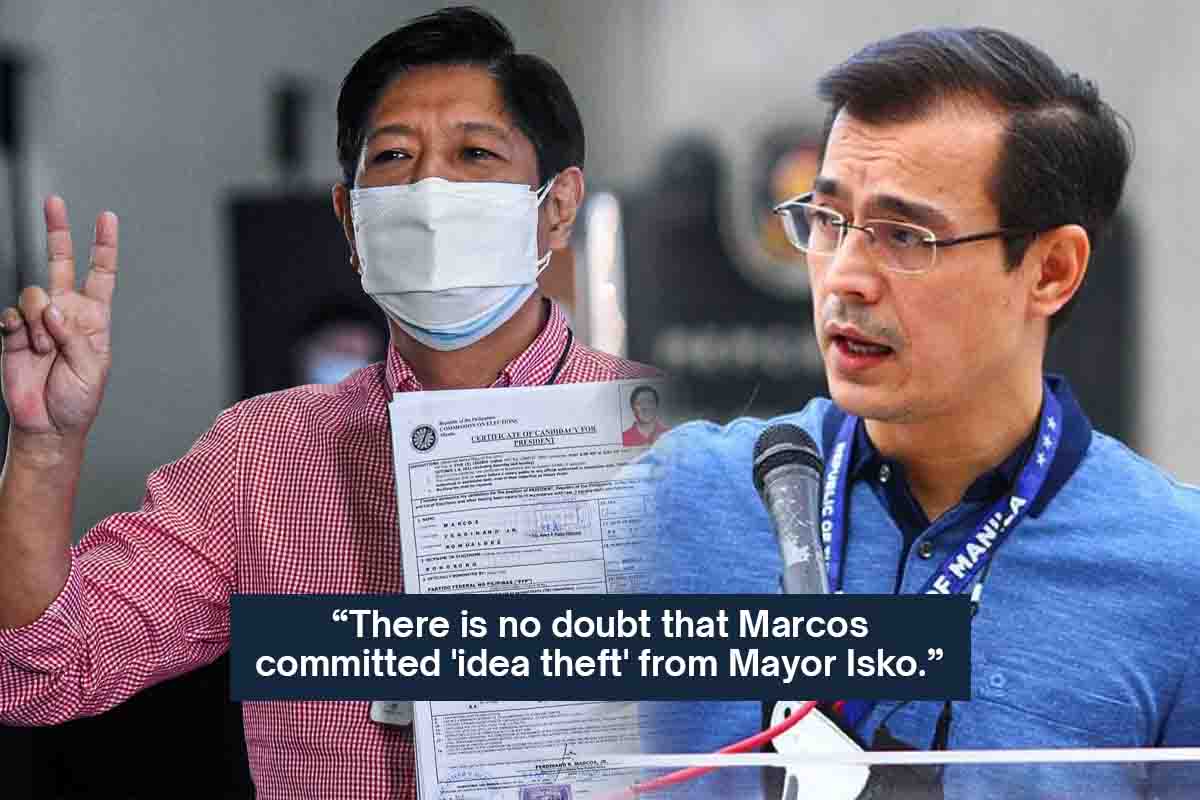 Aksyon Demokratiko chairman Ernest Ramel did not hold back and slammed Marcos for calling on Congress to suspend the excise tax on oil products to address the high prices of fuel— an idea he claimed to have come from Mayor Moreno first.

According to Ramel, Mayor Isko during his dialog with farmers in Tarlac City already said that should he become President, he "is committed to cut on the excise tax on petroleum products by 50 percent as this would directly benefit not only poor people but also the middle class who have been at the receiving end of the weekly price increases of crude oil.”

"There is no doubt that Marcos committed 'idea theft' from Mayor Isko,” said Ramel, adding that Marcos is like a rich kid from Forbes Park who steals the 'term paper' of a poor but smart kid from the slums of Tondo.

"It seems that thievery and fakery is in the blood of the Marcoses. Fake war medals of Senior. Fake diploma from Oxford of Junior," the party chairman also said.