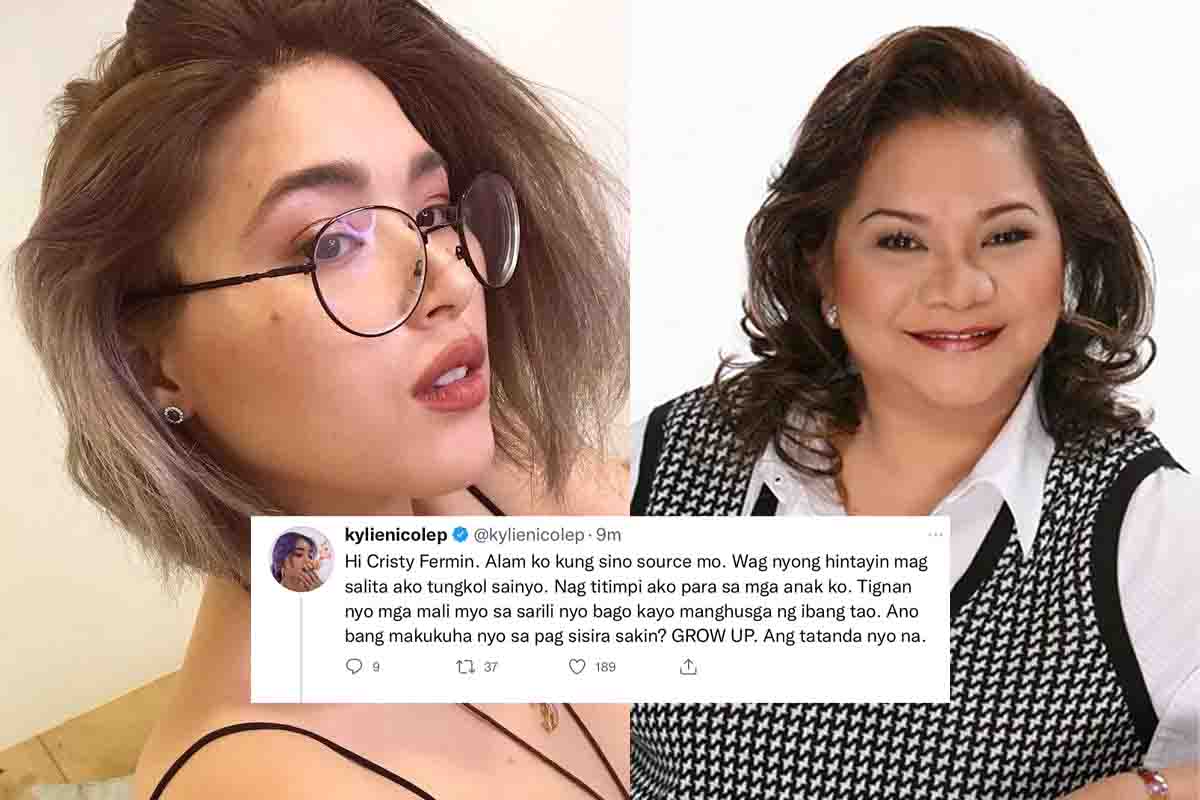 
Fed up with malicious accusations thrown at her, Kylie Padilla lashed back at veteran showbiz host Cristy Fermin.

Citing a source, Fermin alleged that it was Kylie who first started speaking to someone despite still being together with Aljur.

In response, Kylie took to social media and outright told the showbiz host that she knows her source, adding that they should not wait for her to speak about them as she’s just holding back for her kids.

Here’s the rest of the now-deleted tweet by the 28-year-old actress: 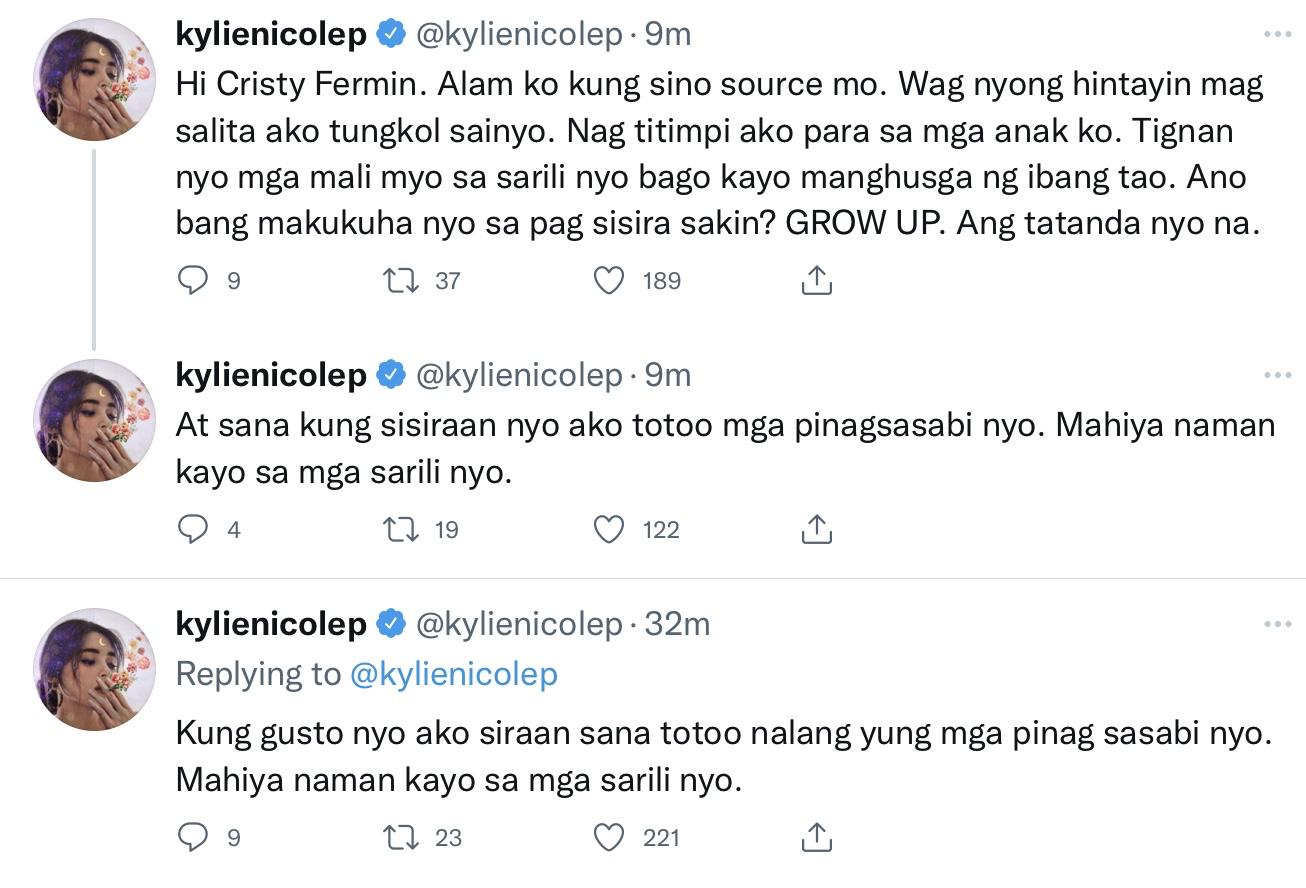 Agreeing with Kylie, netizens on Twitter also slammed Fermin, even dragging other veteran showbiz host Lolit Solis to the issue.

Here’s another tweet from a netizen: “Lolit Solis and Cristy Fermin trying to be relevant. Lol. Tatanda na basura parin.”