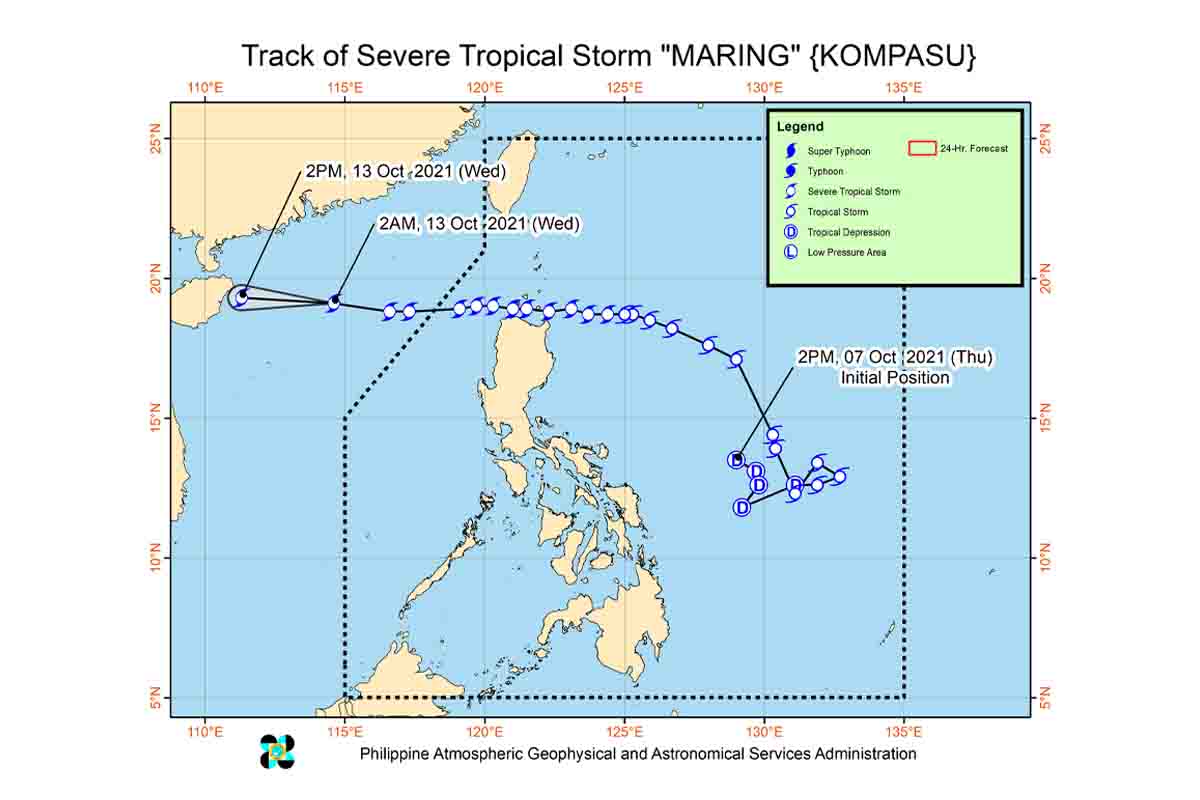 
Severe Tropical Storm MARING continues to move away from the country.

According to the latest weather bulletin from PAGASA, as of 7:00 AM on Wednesday, October 13, the center of MARING was estimated based on all available data over 765 km West of Calayan, Cagayan (outside the Philippine Area of Responsibility).

It still carries a maximum sustained winds of 100 km/h near the center, gustiness of up to 125 km/h, central pressure of 975 hPa and strong winds or higher extend outwards up to 800 km from the center.

All Tropical Cyclone Wind Signals hoisted have also been lifted.

The National Disaster Risk Reduction and Management Council on Tuesday confirmed that at least nine people have been reported killed following the onslaught of Maring in northern Luzon and Mimaropa.