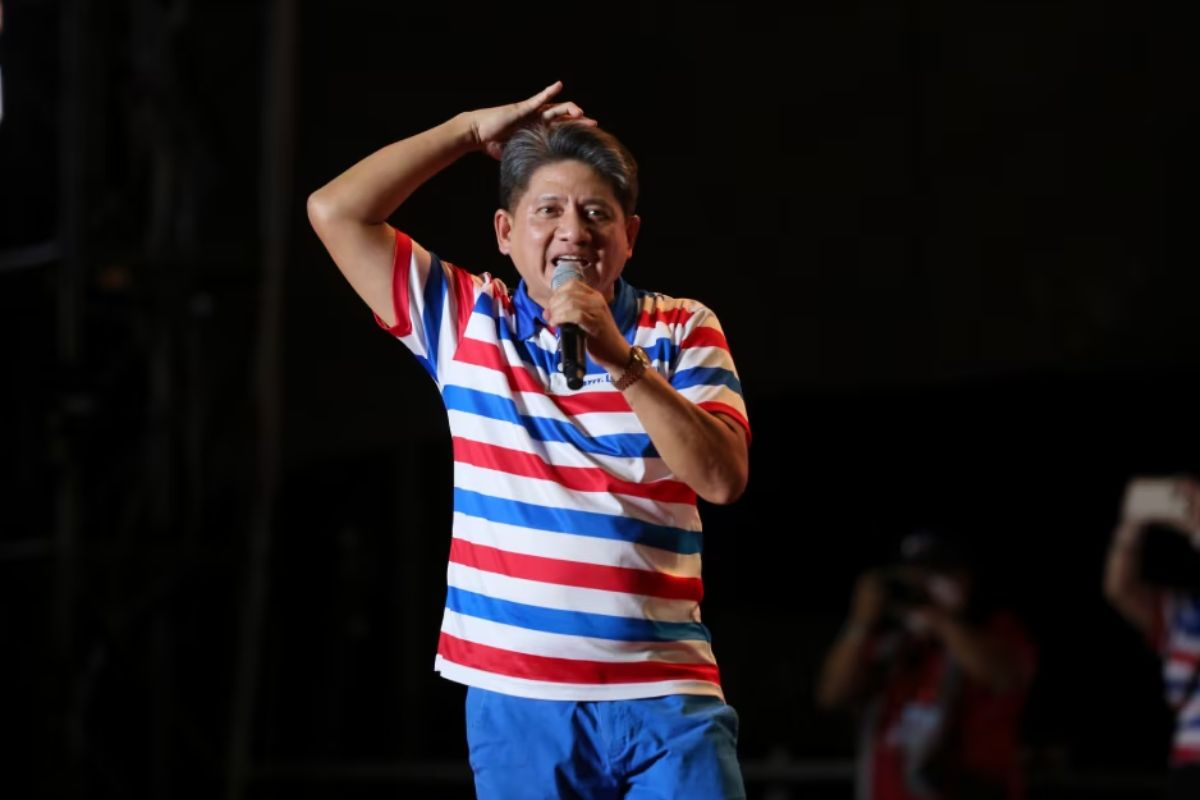 
Lawyer Larry Gadon will once again aim for a seat in the Philippine Senate.

Gadon on early Tuesday, October 5 filed his Certificate of Candidacy (COC) for senator at the Sofitel Harbor Garden Tent  in Pasay City.

This is Gadon’s third shot for the position. He already ran but lost in the 2016 and 2019  senatorial race.

Upon filing, Gadon said that he has decided to run to amend the 1987 Constitution.

Atty. Gadon, famous for his “bobo” remark, made headlines amid the Covid-19 pandemic for “promoting misinformation.”

In a statement, he said that he doesn't believe in face masks outdoors and that masks are “only for a show because stores will not allow entry if you don’t have a mask.”

The health department responded to Gadon, citing results of scientific studies showing face masks can protect people from the risk of COVID-19 transmission by as much as 85% and it goes up to 99% if a face shield is worn with it.

In late June, he also received backlash for asserting that former President Noynoy Aquino had “HIV” or human immunodeficiency virus, a virus that causes AIDS. Netizens also called to #DisbarGadon.