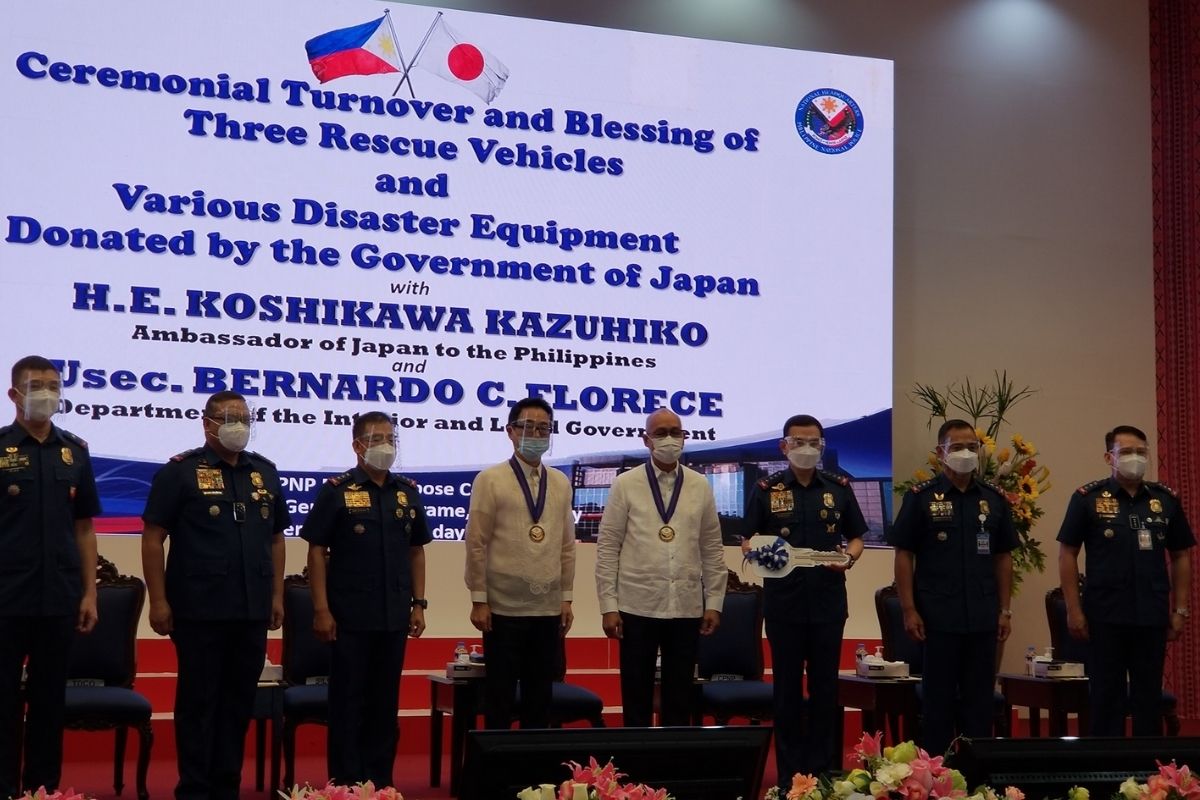 The ceremonial turnover and blessing of rescue vehicles from the government of Japan took place on October 4, 2021 with Ambassador Koshikawa Kazuhiko joining Philippine authorities and other distinguished guests. Photo courtesy of Embassy of Japan in the Philippines/Facebook | SAGISAG PH


During the ceremonial turnover of Humanitarian Assistance and Disaster Relief (HA/DR) equipment, Japan vowed it will continue supporting the Philippines in its disaster relief efforts.

According to a statement by the Embassy of Japan in the Philippines, the HA/DR package consists of equipment, such as rescue vehicles, water purifiers, as well as search and rescue equipment.

It was funded by the Government of Japan (GOJ) under the Economic and Social Development Programme worth JPY 2.5 billion, which was signed last November 13, 2017.

“Japan and the Philippines are both vulnerable to natural disasters, such as earthquakes and typhoons, due to their climate, geography, and topography.” The statement read.

“As the top ODA (official development assistance) bilateral donor of the Philippines, Japan will continue to support the Philippines in its HA/DR efforts in the evolving threat of natural disasters,” it added.

The equipment are “expected to contribute to saving more lives and reducing the cost and recovery time in the case of disasters.”