LOOK: This museum in Indonesia is made from plastic bottles and bags to highlight the ocean plastics crisis 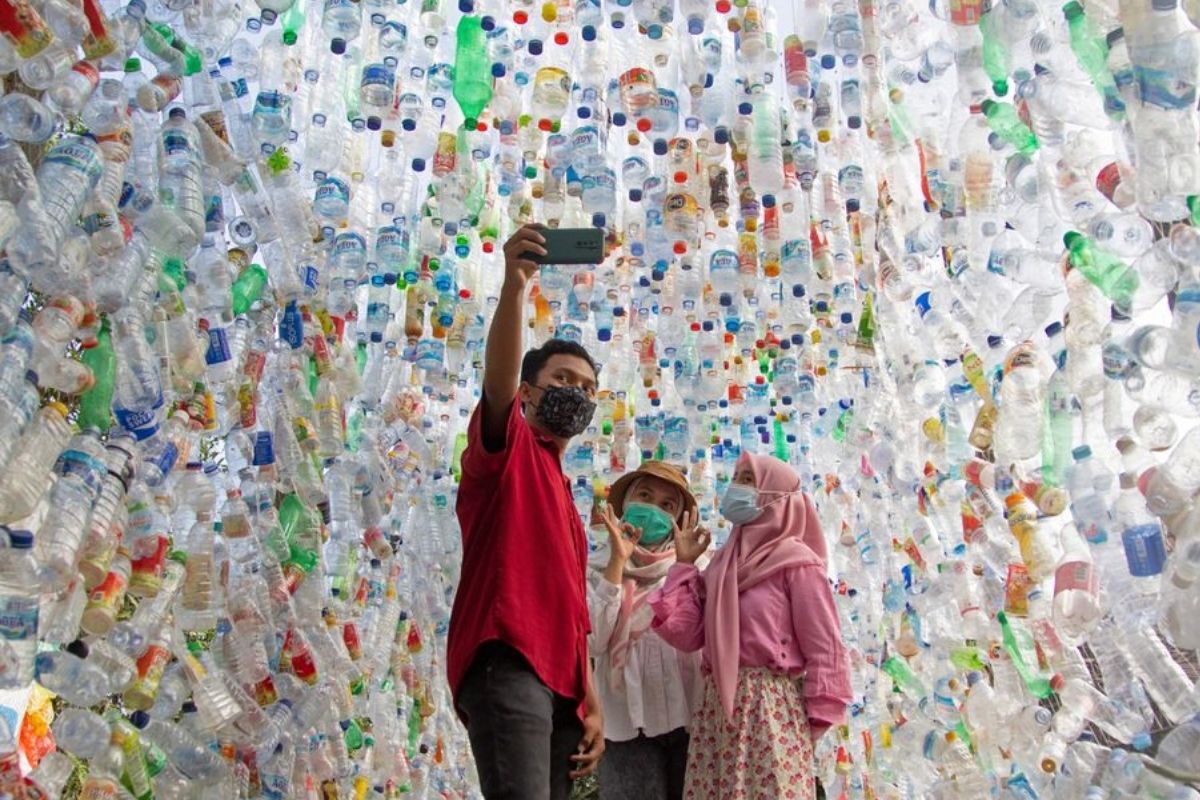 
The museum has over 10,000 plastic waste items, all collected from polluted rivers and beaches.

The Earth is over four billion years old, and with such a massive number of years of being a part of a galaxy, the planet we inhabit is no stranger to mishaps.

Our Earth's waters are facing a worsening situation of marine crisis. Oceans are choked up and filled with plastics, which greatly and directly impacts wildlife and even hundreds of marine species.

To highlight the worsening ocean plastics crisis and send a message to people across the world, environmentalists in Indonesia have created a museum made completely from plastics.

This is to send a message to people and convince them to think twice about their habits and quit using single-use bags and bottles.

Located in the town of Gresik in East Java, the outdoor exhibition consisted of over 10,000 plastic waste items, from bags and bottles to straws and sachets, all of which were collected from polluted rivers and beaches.

A statue called “Dewi Sri,” a goddess of prosperity worshipped by the Javanese, served as a centrepiece of the exhibition.

Her long and eyecatching skirt is made from different-colored plastic waste, particularly single-use sachets of household items.

“These plastics are very difficult to recycle... Starting today, we should stop consuming single-use plastic because it will pollute our ocean, which is also our source of food,” the museum’s founder Prigi Arisandi said.

According to Reuters, the problem of plastics is critical in Indonesia, which ranks second after China for its volume of plastics that end up in the ocean.

Philippines and Vietnam come after the two nations that are all responsible for more than half of ocean plastics. Meanwhile, Indonesia’s efforts to regulate the use of plastic packaging have had mixed results.

Since the exhibition opened early last month, it has already received over 400 visitors, some of which said it opened their eyes to the scale of the problem.

It has also become a famous location for selfies shared on social media. Visitors would pose against a background of thousands of water bottles suspended in the air.