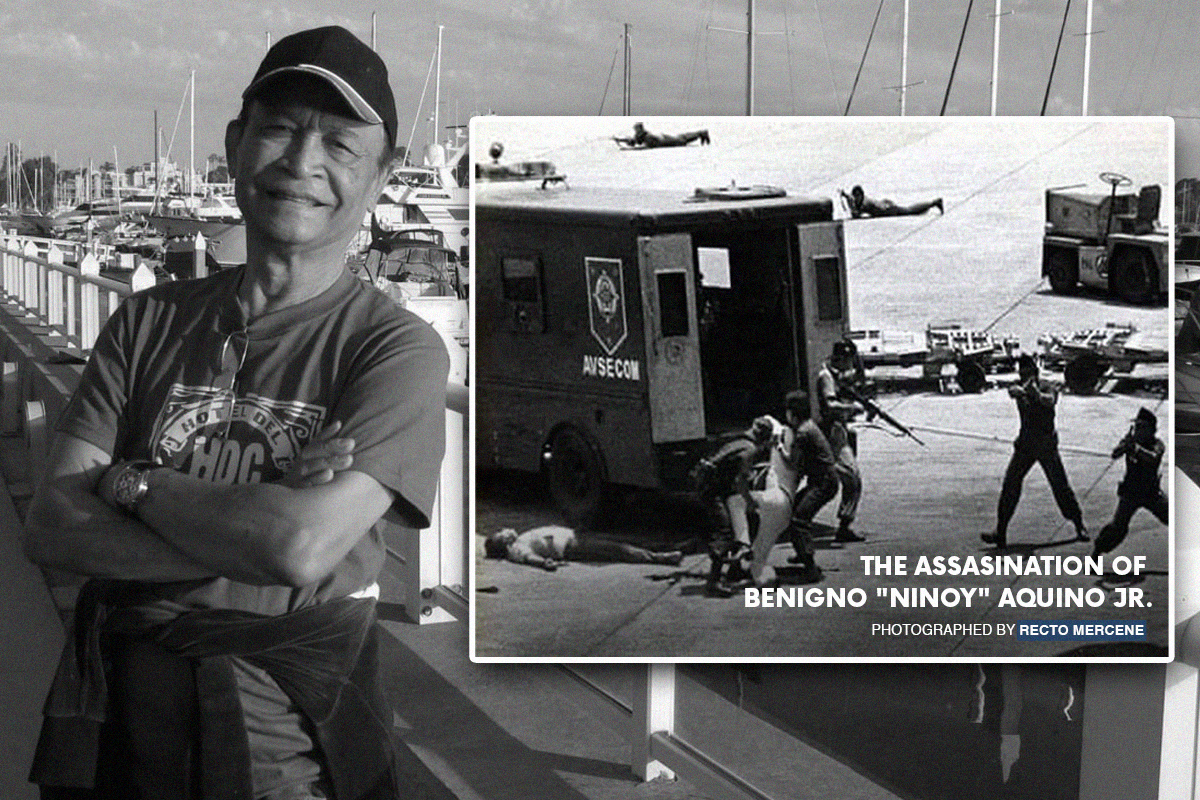 The assassination of Benigno "Ninoy" Aquino Jr. at the Manila International Airport on August 21, 1983, through the lens of Recto Mercene. Photo courtesy of Recto L. Mercene on Facebook | SAGISAG PH


Recto Mercene, a well-known photojournalist and reporter, passed away in his sleep on October 2, Saturday. He was 77.

Veteran photojournalist and reporter Recto Mercene passed away on October 2, his family confirmed. He died peacefully in his sleep at 3 PM on Saturday.

He is known for taking one of the iconic photos of Benigno 'Ninoy' Aquino Jr.'s assassination at the Manila International Airport on August 21, 1983, with the former senator lying lifeless on the tarmac.

According to his news organization, BusinessMirror, the iconic lensman was being prepared to be released from hospital confinement so he can get palliative care at home after doctors detected cancer spreading in his bone marrow. He had been in hospital since September 7.

However, according to youngest child Danica, he died peacefully in his sleep.

Before becoming a journalist, Mercene used to be an air traffic controller and private pilot for 18 years.

As a journalist, he covered aviation, defense, Malacanang, Senate, and foreign affairs.

“Recto wrote well because he knew his stuff. He wrote with passion, because he deeply appreciated the life and work of people he covered – be they aviation employees from pilots to technical crew to air control personnel; to diplomats in the line of fire in conflict areas; or soldiers doing rescue; or even ordinary employees doing indispensable stuff in airports but are often overlooked or whose pay or benefits get stalled,” BusinessMirror editor-in-chief, Lourdes M. Fernandez, penned in the obituary.

Prior to his accident last month, Mercene was still reporting on the arrival of the life-saving vaccines against the coronavirus disease 2019 (COVID-19) at the Ninoy Aquino International Airport.