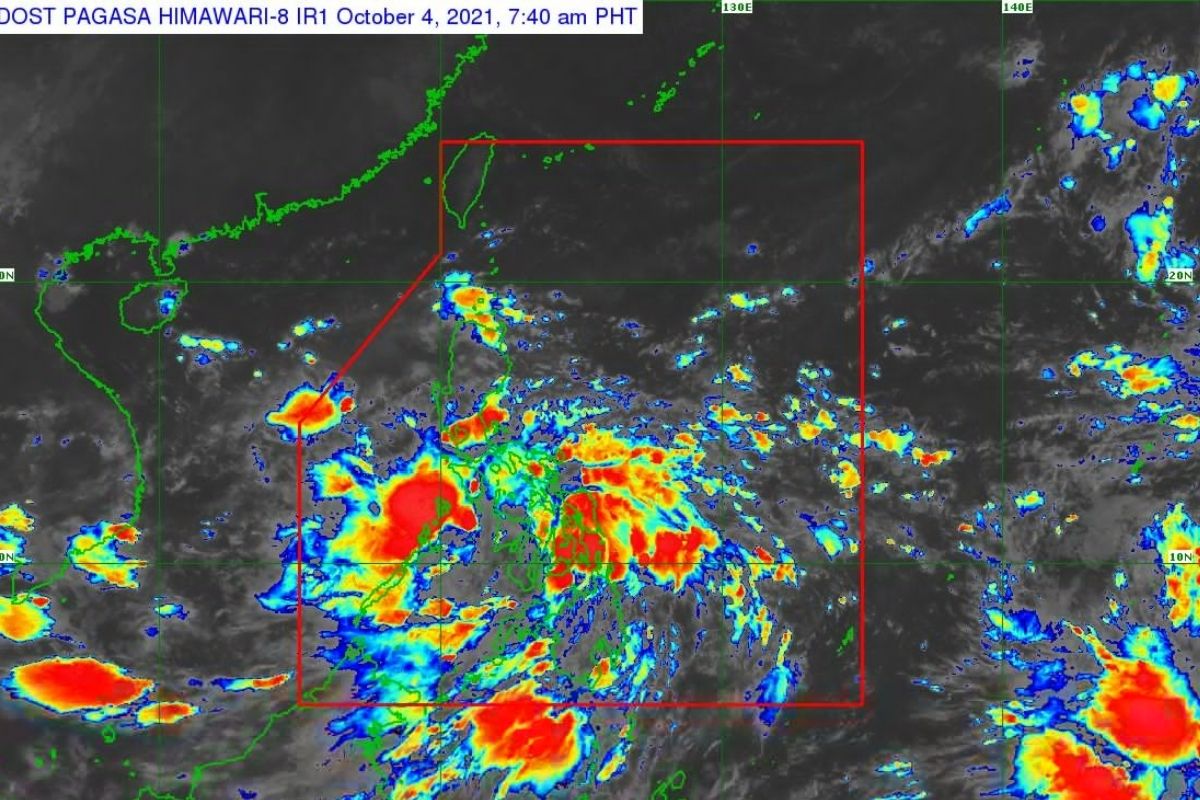 The low-pressure area (LPA) east of Surigao City, Surigao del Norte has intensified into a tropical depression at 2 AM on Monday, October 4, 2021, the state weather bureau announced.

In its 5 AM weather bulletin, the Philippine Atmospheric, Geophysical and Astronomical Services Administration (PAGASA) issued a tropical cyclone bulletin.

It is moving northwestward at 20 km/h.

Tropical cyclone wind signal no.1 was raised in some areas, including: 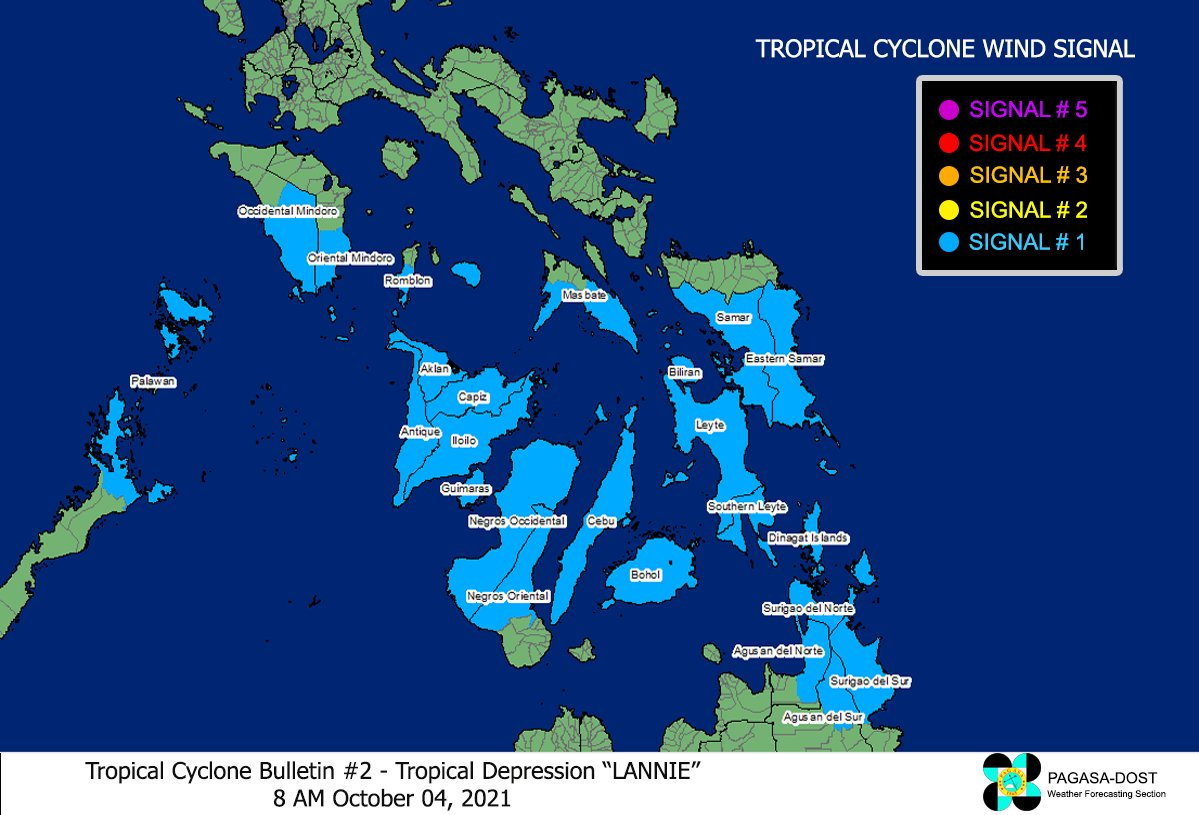 The Bicol Region, Calabarzon, Mimaropa, and Western Visayas are expected to experience light to occasionally moderate rains and thunderstorms.

Meanwhile, light to moderate with at times heavy rain can be expected in Metro Manila, Bulacan, Bataan, and the rest of Mindanao.

In its Tropical Cyclone Bulletin No.2 issued at 8 AM, PAGASA reports that tropical depression Lannie is now over the Surigao Strait and is about to make landfall in the vicinity of Southern Leyte. 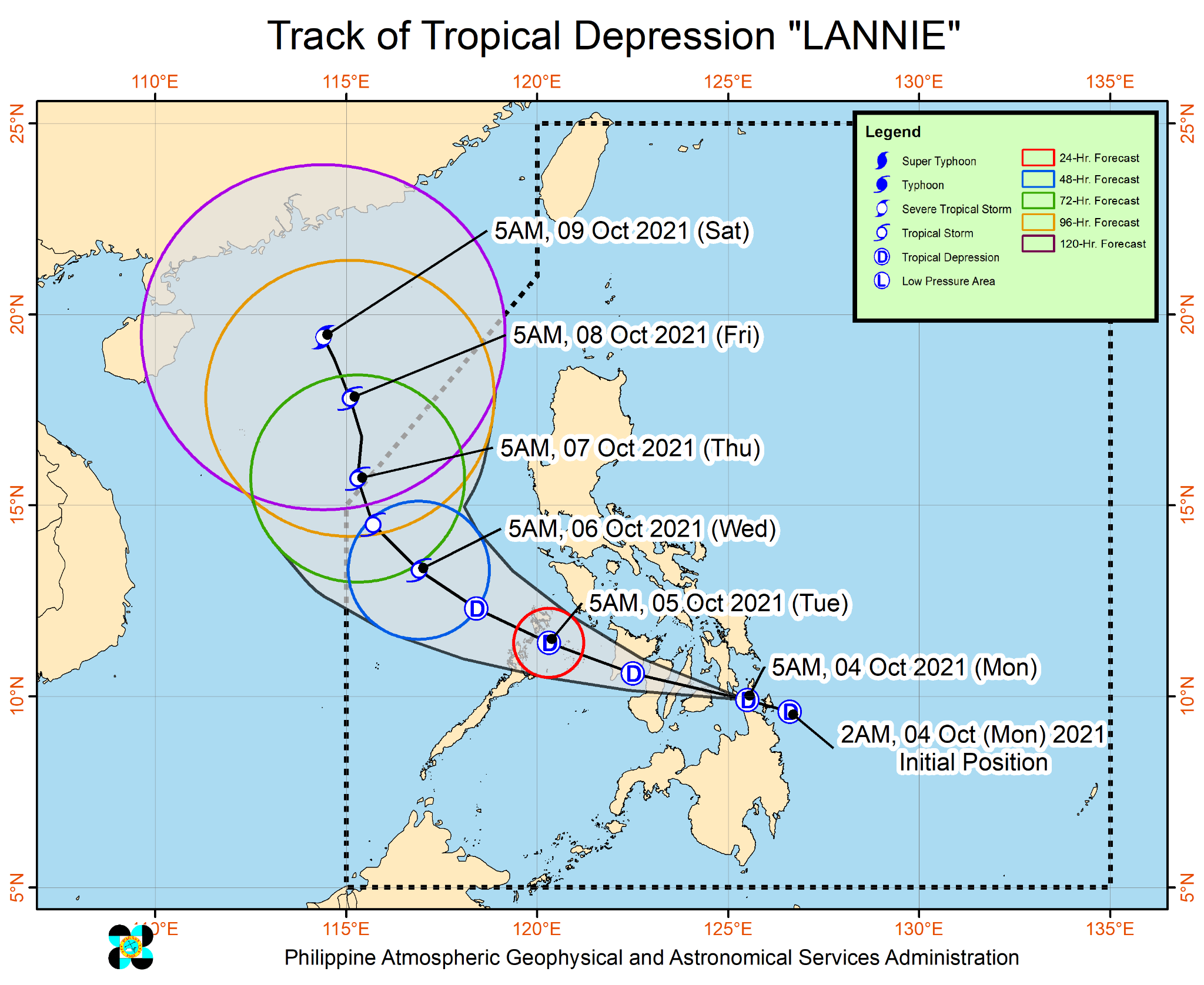 Moreover, the storm is forecast to remain as a tropical depression all throughout its traverse in the central Philippines, with a possibility of slight intensification once over the Sulu Sea, said PAGASA.

It is expected to leave the Philippine area of responsibility on Thursday, October 7, 2021.