Weekender Jam: 8 K-Pop B-Side Tracks Worth Adding To Your Playlist 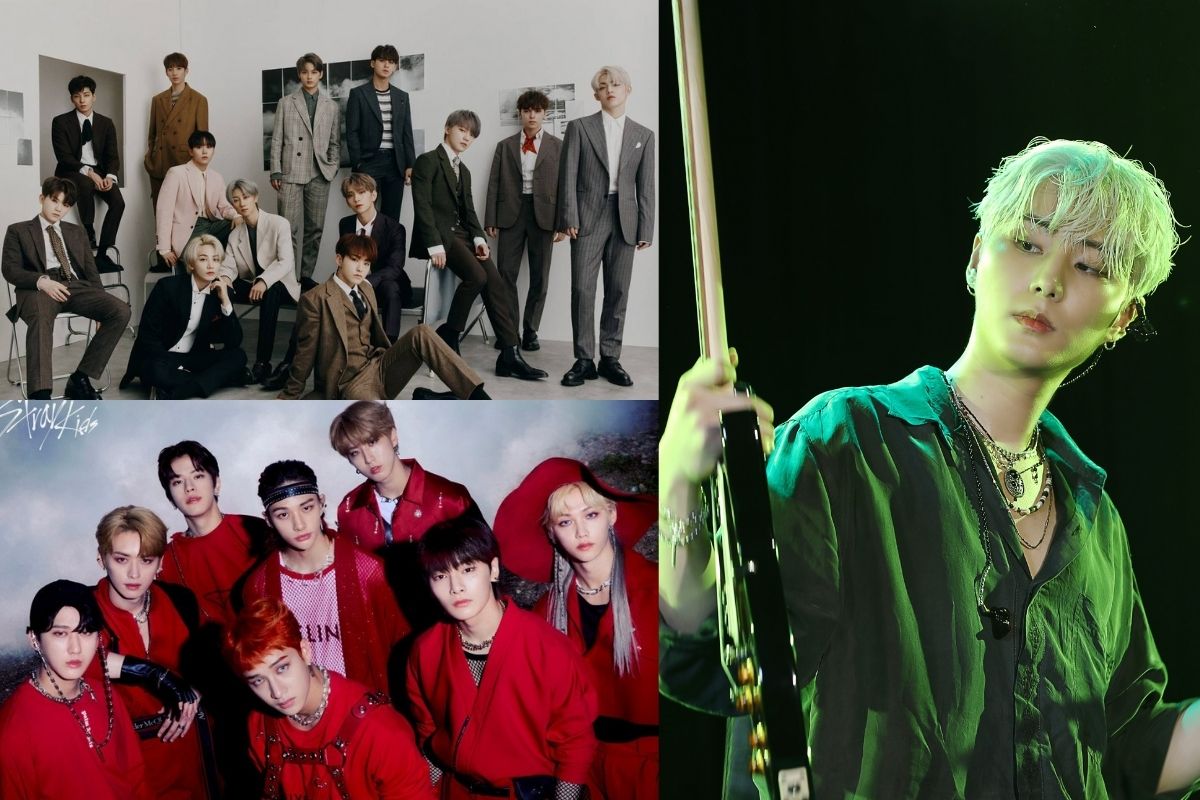 
Whatever flavor suits your taste in music, these B-side tracks from various K-Pop artists are definitely worth the space in your playlist!

There’s a charm in finding new songs, discovering underrated artists, and hearing songs you’ve been wanting to know the title of since you first heard it but never got the chance to know about it.

Many K-Pop artists often only promote their title tracks. The title tracks earn the artists the popularity they deserve, but some unpromoted songs are just as good as title tracks, but rarely harbor attention from fans or non-fans alike.

It’s always nice to end the week on a good note, and for today’s Weekender Jam, we will be highlighting 8 B-side tracks from eight K-Pop artists you’ve probably already heard of, or maybe not.

Sink your teeth into these tracks. Don’t hesitate, because you’ll definitely fall in love with them.

Coming from DAY6’s seventh extended play “The Book of Us: Negentropy- Chaos swallowed up in love,” the track “everyday we fight” comes as the album’s first track. Its melodic intro and catchy lyrics showcases DAY6’s colorful vocals as they sing about ‘fighting,’ not violently, but fighting every single day that feels like a challenge or struggle. In the end, it will help us grow stronger.

The pain is only for a moment but

In the moment we confess as much as we can

We feel ourselves getting closer

That’s how we love”

While Stray Kids is known for their flavorful and hip hop-heavy title tracks, this ballad track from their most latest album “NOEASY” serenades and tells the listeners a ‘secret.’ We all face different struggles and endure worries, but we tend to keep it hidden with a smile. The melancholic piano instrumental and lyrics speak different levels of meaning that capture the soul.

“I can’t say anything

It’s just hanging around my mouth

I send it off with a smiling face, down to the last drops left on my fingertips.”

The octet is hugely known for their rampantly ‘noisy’ and powerful music, which is why, leveraging from the knives thrown at them, the group created an even louder noise for themselves and made an unforgettable ‘thunderous’ appearance that’s here to stay.

“I want you to know

I'm the only one

Whatever you say, I'll listen

I'll be the person to nod

So tell me baby

I'll be your microphone

Even if you scream or whisper, okay

Hmm even if it's not important

I'll take everything that flows”

DAY6’s vocalist and bassist YoungK just recently made his solo debut with his first mini-album, “Eternal,” where he proudly flaunted his range as a singer. From silky smooth jams to husky punk-like tracks he wrote himself, YoungK proved himself to be the master of his craft.

“Microphone” is a track he sang together with Dvwn, which tells the listeners that they can let it all out, scream or whisper if they want; he’ll be there to listen to all of the worries and stress until it’s all gone.

“No need to go to karaoke

Just kick it at me

No need to go out to sea

I'll give you cool instead

Confessing to me becomes your hobby

Until all the stress is gone

Listening is my hobby

And I love my hobby”

ONEWE delivers a track one can not simply let go of. The 5-member alternative rock band delivers a mellow, nostalgic melody that makes anyone feel like they’re floating in space.

‘Cosmos’ is composed of beautifully written lyrics that tell the story of how someone began from having a mere speck of dust as a dream to have created multiple dots that formed into a constellation of their own.

“May my world tinged with azure light

That broke the silence of tranquility

With words uniquely breathed and spoken

Be more intensely drenched in color

I, who began from that small point,

Took my time, an astronomical amount,

Gathering thing which had lost their place

Creating a universe which belonged to me”

If ever you feel alone and lonely, you should never forget that in this world. there can be different sources of happiness. There are people who share the same dream as yours, people who'll be willing to walk by your side even if the road's not a smooth path.

SEVENTEEN sings "Same dream, same mind, same night" to remind you that they'll be there, no matter what.

Oh my love, call me warmly to your side I’ll just fill myself up with you

Above the endless sky This night when the stars are glowing

Looking at you sleeping next to me

You dream the same dream as me, with the same mind

You who face the same night together with me."

ENHYPEN - Not For Sale

Living in a world where nothing is offered for free, it’s almost like a given truth that everything needs to be bought and dealt with in the form of money. Even love.

ENHYPEN begs to differ. When it comes to loving, the rookie group sang about thawing a cold heart without having to sell it or buy it; warmth is enough.

“A price tag on a cold heart

That I removed with an unfamiliar warmth

I have you, you're mine

You’re not, You’re not for sale

You’re not for sale

I can't sell it

I can't live without you”

Monsta X - Lost in the Dream

“Every night, I look for you, wandering in the same dream

I want to stop but I can’t escape

It starts when the moon rises

As if I’m falling, it buries deep inside of me

Dream, call me, you, catch me, you

Call me, you, catch me, even if it’s an illusion.”

Monsta X member Kihyun’s powerful vocal is a heavenly experience with their track “Lost in the Dream” which is from Monsta X’s sixth EP “THE CONNECT : DEJAVU.”

Listening to the track feels like a dream, both a good and haunting one. Paired with Jooheon and I.M’s powerful rap parts, ‘Lost in the Dream’ is a surefire track one shouldn’t simply skip.

ATEEZ - One Day At A Time

The last but definitely not least in the list is another super rookie, ATEEZ, with their all-English track “One Day at a Time” from their fifth EP Zero: Fever Part.1. Just like the title suggests, the song talks about taking things slow, one day at a time.

“If you're a bit scared

You're living on edge

It's hard to escape your worries

If you wanna hide

You're losing your mind

You gotta lean on somebody”

“When it's overwhelming, hold on tight

I'll be here, don't forget it

'Cause in life sometimes we need a

Just take it slow, one day at a time”

ATEEZ tells the listener that they’ll be there when it’s all difficult and overwhelming. In the end, things will all fall into place. Just hold on tight and you will be alright.

Hopefully, these great tracks make it to your playlist. Share with us in the comments your favorite B-side track!

Have a great weekend ahead! You did well.