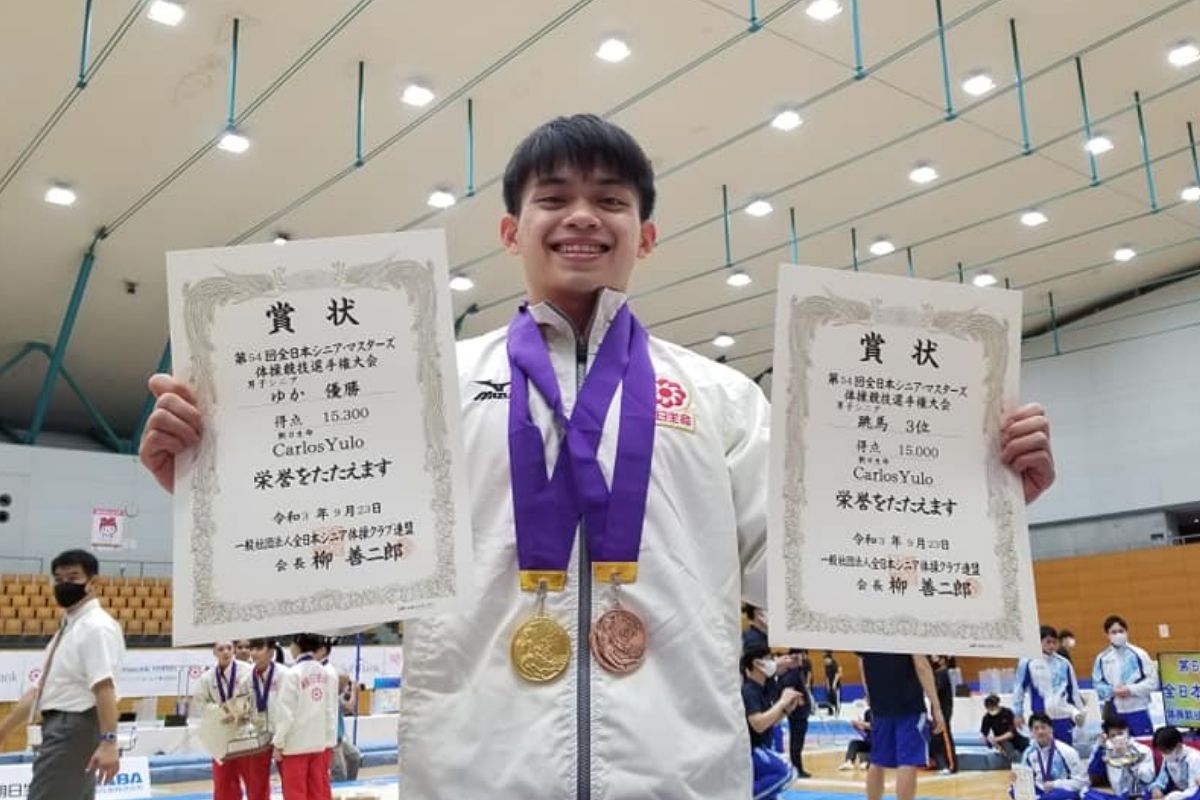 Carlos Yulo comes back equipped and ready to redeem himself in the upcoming 2021 World Artistic Gymnastics Championships. Photo courtesy of Munehiro Kugimiya on Facebook | SAGISAG PH


Bringing home not just one, but two medals at an All-Japan Gymnastics stint, Yulo is back in his feet and is up to redeem himself of his title following his shaky performance at the Tokyo Olympics

Bouncing back from his unfortunate loss at the recent Tokyo Olympics, renowned Filipino gymnast Carlos Yulo redeemed himself and won two medals at the 2021 All-Japan Senior and Masters Gymnastics Championship on Thursday, September 23, in Yamagata, Japan.

Yulo took home the gold in the floor exercise event after scoring 15.30, claiming the top spot in his pet event, besting Uchida Hayato who scored 14.700, and Takahiro Goshima who scored 14.466.

It was the event that made him fail in securing a place in the finals of the Tokyo Olympics, where he finished at 44th place.

He also managed to win a bronze medal in the Vault event with a score of 15, landing in third place behind Asato Keisuke who scored 15.233, and Tanigawa Wataru who scored 15.200.

The Filipino gymnast fell short of a medal and settled for fourth place at the Vault event at the Tokyo Olympics, a result of a penalty that forced him out of the podium.

Yulo's coach Munehiro Kugimiya shared photos of Yulo in the competition together with his other teammates, captioning his post with Yulo’s event scores and the phrase "#revenge the Tokyo," as if depicting the 21-year-old gymnast’s glorious return after his first Olympic stint at the Tokyo Games.

Yulo’s next stint is the 2021 World Artistic Gymnastics Championships this coming October, which will be held in Kitakyushu, Japan. He will be competing to reclaim his floor exercise world title.


Ed Sheeran announced on Sunday that he unfortunately got..


Queen of all Media Kris Aquino on Sunday evening, Oct. 24..

Actor who played Gunther in FRIENDS, dies of cancer


James Michael Tyler, the actor who starred as Gunther on..