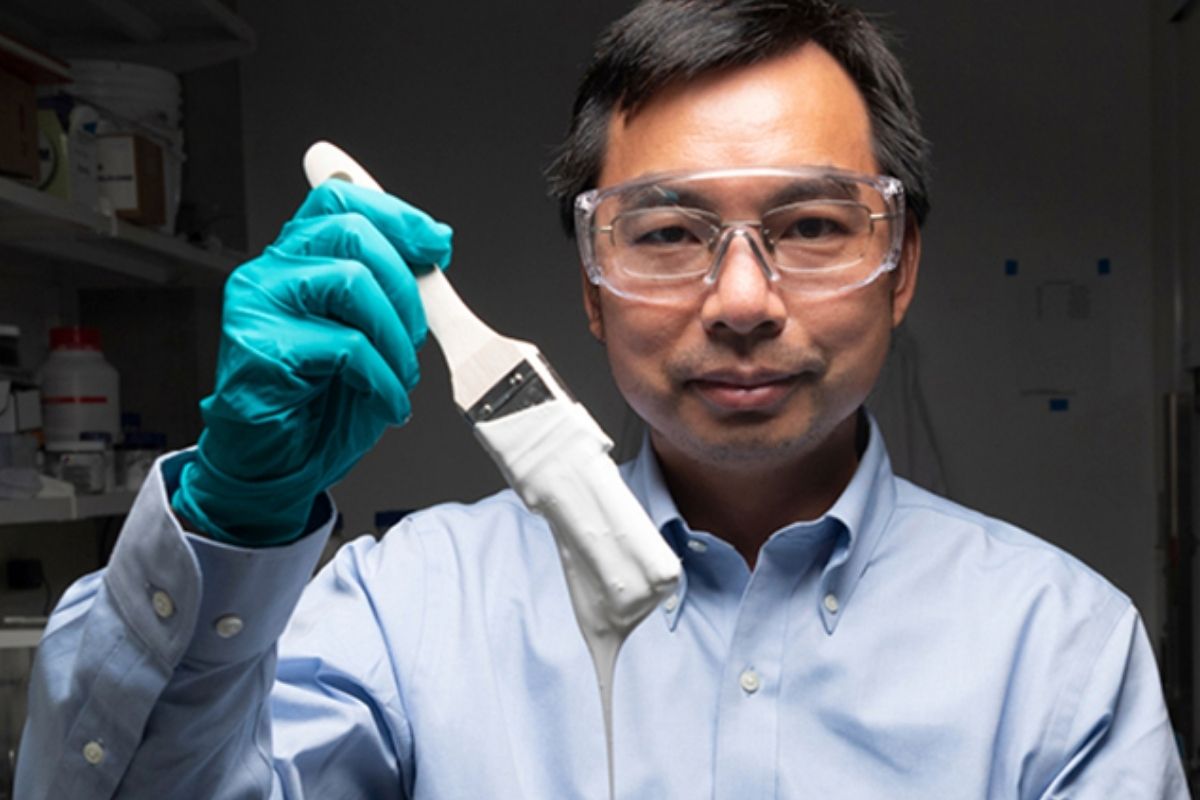 Xiulin Ruan, a professor of mechanical engineering at Purdue University in Indiana, and his students have created the whitest paint in the world. Photo courtesy of John Underwood/Purdue University | SAGISAG PH


Who would’ve thought that white paint could get any whiter?

Over the past few years, there had been several efforts that attempted to battle and curb the effects of one of the planet’s biggest problems--climate change.

Researchers from Purdue University found a new way to address this dilemma by creating the whitest paint in the world, which won’t only save your electricity bill but can also save the planet from global warming.

Xiulin Ruan, a mechanical engineering professor at Purdue University, together with his graduate students, invented the whitest paint in the world that can reflect heat from a building instead of absorbing it.

In a podcast episode of “This is Purdue,” Ruan revealed that he and his team started the project about seven years ago with the main goal of saving energy and fighting climate change.

The formulation that Ruan’s lab used is a very high concentration of a chemical compound called barium sulfate (BaSO4), as well as different particle sizes of barium sulfate.

Usual commercial paint turns warmer and is designed to reject heat only reflects about 80% to 90% sunlight, and it can’t fully make surfaces cooler than their surroundings.

Ruan’s lab invented a very reflective paint, which ended up being so reflective that it turned really, really white

According to the results of their research, the formulation reflects 98.1% of solar radiation as it is emitting infrared heat.

The new paint formulation can be used to cover a roof area of about 1,000 square feet and could result in a cooling power of 10 kilowatts.

Ruan said in a published paper that it is more powerful than the air conditioners most houses use.

The paint is not available to purchase yet, but the researchers are partnering with a company to produce the paint at a large scale and put it on the market.

Who knows? With innovative inventions, such as the paint that Ruan's lab invented, maybe we can still save the Earth from global warming, right?