Duterte at UNGA: UN needs to reform itself 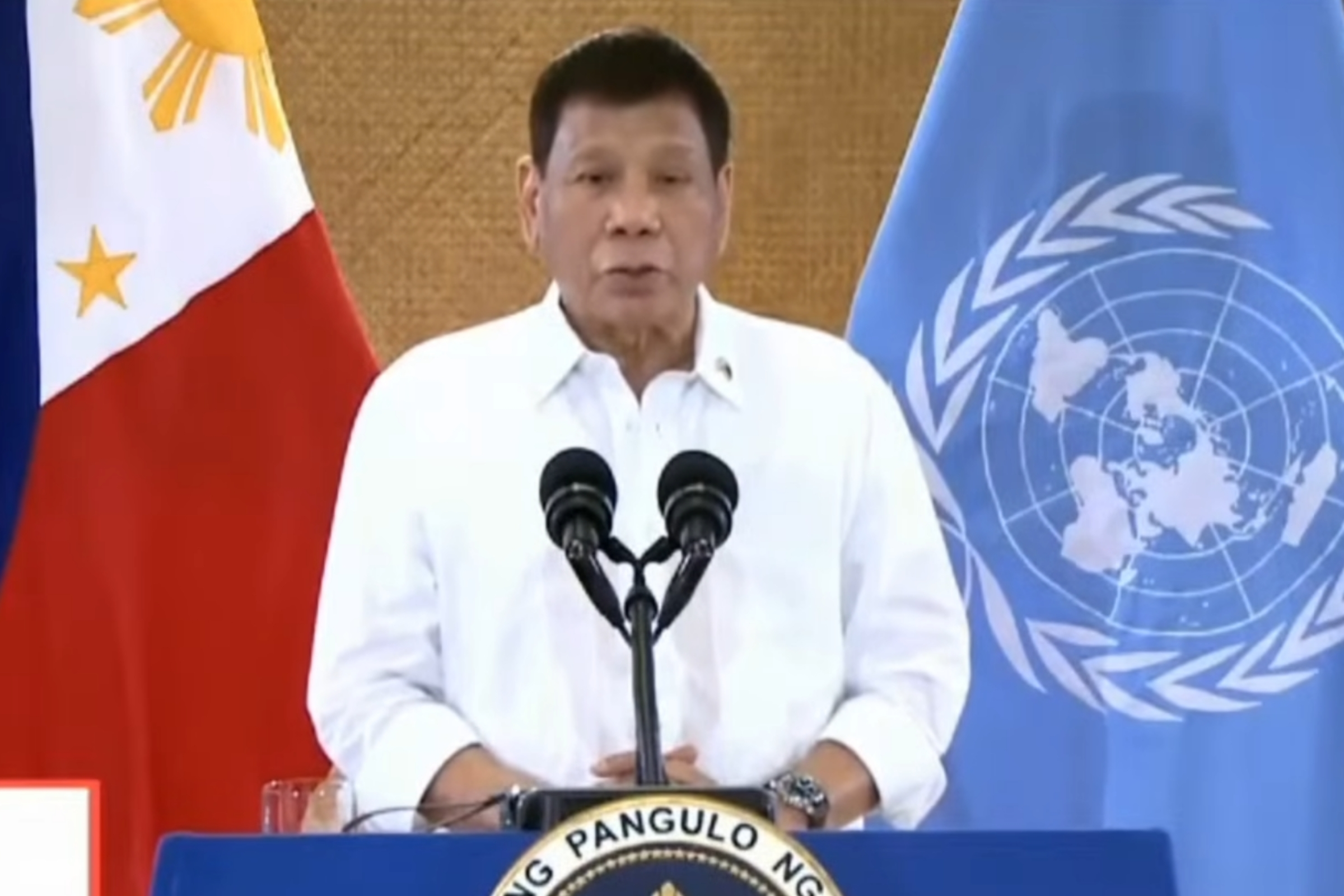 
In a pre-recorded speech at the 76th United Nations General Assembly (UNGA), Philippine President Rodrigo Duterte said the global organization has been “inadequate” and needs reformation.

“We face multiple crises that demand effective global governance. Yet, our institutions, including the United Nations, have proven to be inadequate,” Duterte said, adding that the UN no longer reflects the political realities of today.

The president also asserted that the UN Security Council violated the tenets of the organization.

“It is neither democratic nor transparent in its representation and processes. Many member states have spoken firmly and we agree: This simply is not right,” he said.

“If the UN is to lead the world out of the many crises we face, things need to change. The UN must empower itself, by reforming itself. Therein lies the hope for humanity.” Duterte added, ending his speech.

In his address, the president also hit rich countries for hoarding COVID-19 vaccines and planning the distribution of booster shots while developing countries struggle with vaccine supply.

“This is shocking beyond belief and must be condemned for what it is – a selfish act that can neither be justified rationally nor morally,” Duterte said, noting that vaccines are the key to ending the pandemic.

He mentioned the Philippines’ pledge to the UN-led COVAX facility and urged others to also support the initiative to “save more lives, break the cycle of variants and help ensure global economic recovery.”

Duterte also told the UN that he ordered the Department of Justice (DOJ) and the Philippine National Police (PNP) to review the country’s war on drugs.

“Those found to have acted beyond bounds during operations shall be made accountable before our laws,” said the president, who delivered his speech shortly after the International Criminal Court (ICC) approved the investigation of the country’s campaign on illegal drugs.